“I would like to know the reasons why the Muni constantly stops trains on the T-Line at 23rd Street as if the rest of Third Street doesn’t exist,” wrote Bayview Hunters Point resident Gloria L. Dean in a story headlined, “Muni’s shameful racism: T-Train stops short of BVHP.” Published six years ago, on March 5, 2013, the story drew a chorus of Amen’s and MeToo’s.

“I have a sick husband at home with renal failure,” Gloria Dean explained, “and it is important for me to get home. In order for me to get home to my husband, I had to walk from 23rd Street to LaSalle. I’m an American citizen, I pay taxes and my husband is a veteran.

“It’s despicable how the Muni service treats the citizens in Bayview, as if we’re not even worthy to exist. To see elderly women, men and children waiting over an hour for a train to get home is some of the worse treatment of citizens I’ve ever seen from a transportation system. I’ve traveled extensively all over the country as well as the world and I’ve only lived in this area for one year. However, this is obviously a classic combination of classism and racism being displayed, and it is truly a SHAME!”

Finally, San Francisco has a mayor who relates to the ordinary problems of Black folks because she’s lived them too. She has the power to solve those problems, and that’s exactly what she’s doing.

Today, Mayor London Breed, Supervisor Shamann Walton and the San Francisco Municipal Transportation Agency (SFMTA) announced an end to “switchbacks” on the T Third Line. The effort aims to establish equitable and reliable transportation to the southeast sector of San Francisco, as part of the agency’s Equity Strategy.

“Ending switchbacks on the T Third Line is a good step towards achieving equitable transit service in San Francisco,” said Mayor Breed. “Our residents rely on our public transit every day to drop their kids off at school, get to work and run errands. We not only need to end switchbacks, we need to do more to invest in our transportation infrastructure so that our trains and buses are consistently on time and reliable.”

To accommodate the elimination of switchbacks on the T Third Line, the SFMTA will:

“For years our residents in the Southeast corner of San Francisco have felt isolated and disenfranchised and switchbacks on the T-Line have continued to keep us isolated – particularly in Bayview, Potrero Hill, Dogpatch and Visitacion Valley – as they cause the train not to finish the route and leave entire communities of color stuck without a way home, a way to work, a way to pick up their children from daycare and so many other areas that help keep families and communities functioning,” said Supervisor Walton, who made an end to switchbacks a campaign promise.

“Stopping switchbacks is one common-sense way to connect Southeast sector residents to the rest of San Francisco and improve their quality of life. I’m excited to work with the mayor and SFMTA to end switchbacks on the T-Line immediately.” Muni’s plan to hire more operators as part of its switchback solution presents an opportunity for more Black drivers, a San Francisco tradition since Blacks demanded the jobs in the ‘60s.

For Black San Franciscans whose priorities have been ignored for decades, it’s a new and better day when Mayor London Breed not only acknowledges Black community needs but calls on her entire administration – all City agencies – to raise those needs to the top of the priority list.

Gloria Dean concluded her statement six years ago with a challenge to San Francisco to recognize and respect the Black community: “I refuse to be treated as a second class citizen. I deserve more and so do all the residents of Bayview. Last check, San Francisco doesn’t end at 23rd Street.”

With London Breed as mayor, Black folks finally have a friend, a sister, in City Hall with the life experience to know our problems and feel our pain and the power to heal it. 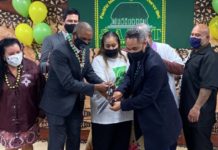 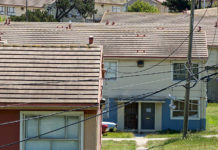 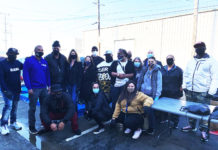