The National Consortium on Racial and Ethnic Fairness in the Courts (the National Consortium) is committed to promoting a court system that is fair to all and free of racial and ethnic bias. In furtherance of that goal, the Consortium established the Equity Award in 2017 to recognize and encourage individuals within the court system who work consistently to advance equal access and fair treatment for all regardless of race, ethnicity, gender or economic status. The newly created Equity Award is meant to recognize either a distinguished lifetime of contributions or a singular, exceptional contribution to the goal of advancing and preserving a court system that is free of racial and ethnic bias and fair to all participants.

“Jeff Adachi spoke up for the least, the lost, the left out. When he passed away, a powerful voice fell silent.”

The NAPD nominated Jeff for the Equity Award in recognition of his heroic advocacy for his clients, his leadership of the San Francisco Public Defender’s Office, his groundbreaking work in communications and racial justice, his fearless efforts to bring accountability to other elements of the criminal justice system, and his transformational influence on the national community of public defenders. Carlos Martinez, the elected public defender for Miami-Dade County, received the award on behalf of Mrs. Adachi.

“Jeff Adachi spoke up for the least, the lost, the left out,” said Martinez. “When he passed away, a powerful voice fell silent. Jeff exposed and attacked pervasive racial injustice. He has inspired legions of public defenders – a justice warriors – to fight, to speak out and speak up, and in the process he transformed our country.”

Adachi’s successor, Public Defender Manohar Raju, also praised the honor. “Jeff has been a leader in the area of addressing implicit bias and it is gratifying that he is receiving this acknowledgment,” said Raju. “He founded our Bay-Area-wide Public Defenders for Racial Justice Organization, making him an integral part in establishing public defense as a part of the modern-day civil rights movement.”

NAPD is an association of more than 20,000 public defenders and public defense professionals from around the country. Jeff was a founding member of NAPD and served on the Steering Committee, trained at NAPD events, and offered webinars and shared resources developed by his office. NAPD is committed to continuing to pursue his vision of public defense, and remembering his contributions to our common cause of justice. 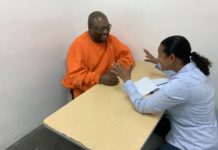 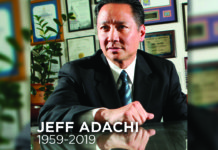