May our Divine Mother-Father Creator of and in All – and beloved Ancients and Ancestors from yesteryears and yesterday – find you and (y)our extended Family thriving in healing Spirit.

They truly are an incredible and accomplished young couple! Ayesha (Alexander) Curry is a mother of three, popular chef, TV host, actor, author and expanding business owner with her unique recipes and International Smoke restaurants. Her husband (Wardell) Stephen “Steph” Curry, is dedicated to child-rearing with his wife, and he is also a spokesperson for companies like Brita water filters.

If you didn’t know, Steph is also well-known as a two-time National Basketball Association “Most Valuable Player,” five-time All-Star and three-time NBA champion. Certainly, he is one of my favorite and one of the most unselfish players ever – in the Spirit of our cousin and former Oakland Oaks MVP, WARREN JABALI (ARMSTRONG), Nate “Tiny” Archibald, Earl “The Pearl” Monroe, Scottie Pippen, Draymond Green and others.

Even though the Warriors’ are abandoning their home of nearly half a century to play in a glittering new billion dollar-plus J.P. Morgan Chase Center across the Bay in San Francisco, Ayesha and Steph’s hearts remain in Oakland. “This is basically where we grew up! Right here in Oakland,” says Steph. Ayesha chimed in: “The Warriors might be leaving, but we will remain committed to The Town!”

So, in July, the Currys launched their new Eat.Learn.Play Foundation to continue supporting the youth in the city they’ve called home for the past decade. Nearly a thousand youth from the East (South), West and North Oakland predominately flatland neighborhoods, and a few community and city leaders, were invited to help celebrate this incredible initiative.

Eat.Learn.Play has a triple focus: 1) Combating hunger through providing healthier food and drink choices for our children; 2) Supporting educational opportunities and scholarships; and 3) Increasing fun and safe recreational activities in Oakland (and in other Bay Area cities in the future). Attached are a few photos by Baba Jahahara, who was there to inner-view the Currys for our San Francisco Bay View newspaper, from this fun-shiny day in Oak-Town.

To the Currys, WE say ASANTE SANA (MANY THANKS, in Swahili) for supporting our youth and communities of OHLONE/Oakland. Asé.

WE are mourning the three precious young melanized (“people of color”) lives murdered – STEPHEN ROMERO (just 6 years old); KEYLA SALAZAR (only 13); and TREVOR IRBY (25) – as well as the dozens injured and traumatized, by a terrorist non-melanized white racist at the annual Garlic Fest in Gilroy, California. This latest deadly act is the result of the fascistic rhetoric and policies against Africans, LatinX and immigrants promoted by the corrupt Trump-Pence regime and other corporate politicians. There but for Divine Grace go i/WE (since i had attended this same event just two days earlier with 55 other member of our Downtown Oakland Senior Center). Asé.

WE are also remembering and honoring new Ancestors, including: Pan African Professor ANDERSON THOMPSON, in Chicago; Coalition for the Remembrance of the Honorable Elijah Muhammad (CROE) Co-Founder MUNIR MUHAMMAD, also in Chicago; everybody’s main man NICOLAS “NICK” HARPER, former radio host at KDOL, KSOL and KBLX; PHIL FREELON, master architect and chief designer of the National African American Museum and Culture in Washington, National Center for Civil and Human Rights in Atlanta as well as our Museum of African Diaspora, here in San Francisco; and, Queen Mother SADIE ROBERTS-JOSEPH, activist and founder of The African American Museum in Baton Rouge, Louisiana. Long Live the Spirit and Many Contributions of our new, and All Our Dear Ancestors! Asé-O.

A very critical time for our Bay View

WE are so appreciative to those of you who have already made a much-appreciated contribution to our San Francisco Bay View newspaper, placed an ad, or taken a subscription for yourself or an incarcerated family member. However, it is now a critical time for us. As you know, WE were late in getting our July 2019 edition printed, distributed and mailed. And, WE continue to struggle month to month to produce this liberation newspaper FOR FREE throughout the Bay Area and around the USA (including to numerous prisons where WE are not currently banned due to our radical political stances and giving a voice to the voiceless).

WE do not want to go the way of the once-revered Chicago Defender which, last month, ended its print edition after 114 years. Please, please, please make a tax-deductible donation ASAP by calling us at (415) 671-0789; or, go to our website at www.sfbayview.com. You can also send contributions the old-fashioned way by mailing to 4917 Third Street, San Francisco, CA 94124. With our sincere Gratitude! Asé.

Jahahara Amen-RA Alkebulan-Ma’at, fka European enslavement name “James ‘Harry’ Armstrong,” is a Baba (Father), a “FREE-tired” community-labor-environmental and justice organizer, writer, musician and author of several books, including “Many Paths to Kujichagulia (Self-Determination).” Take a listen to a few songs from his musical catalog, including the new “500 YEARS OF AFRIKAN RESISTANCE!!!” at https://soundcloud.com/search?q=jahahara. Invite Jahahara to present at your group, school or event c/o support@africansdeservereparations.com or FONAMI, P.O. Box 10963, Oakland, CA 94610 usa. 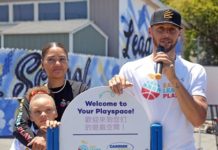