Right at the heart of the growing COVID-19 crisis, a centuries-old pandemic of racism gained a new face. For eight minutes and 46 seconds, a police officer knelt on George Floyd’s neck and made it hard for him to breathe. George’s “I can’t breathe” cry fell on deaf ears. The scene was filmed and sparked a nationwide and global protest. What happened to George was not an isolated incident, but a pattern. There are countless stories of knees on necks, and the story of the Hunters Point Shipyard is one of them.

After around three decades of planning and action, there are far more failures and wrongdoings than achievements in the Hunters Point Shipyard: Millions of dollars of remediation work, tens of planning meetings and town hall discussions, and dozens of documents and agreements ended up in the biggest case of eco-fraud in US history.

The Candlestick Point-Hunters Point Shipyard Phase II Development Plan (approximately 702 acres in total), which is proudly branded as the biggest contemporary development project in San Francisco, contemplates a new, mixed-use community. It consists of approximately 10,700 homes, in addition to the 1,400 homes constructed under Hunters Point Shipyard Phase I; over 6 million square feet of retail, artists’ studios, entertainment, office, research and development uses, and hotels; over 335 acres of new and restored parklands and recreational open spaces; and civic and community uses.

But this redevelopment is not a typical project: Hunters Point Shipyard is a superfund site, which means that it is a highly contaminated complex as the result of the Navy’s activities during the Second World War and beyond. Before being developed, it had to be cleaned up.

And here begins the sad story. The entire remediation work, led by the Navy and overseen by many city, state and federal regulatory agencies, demonstrates how multiple kneeholders (I forged this terminology to replace the term “stakeholders,” because it better describes the character and performance of involved agencies in the case of the shipyard redevelopment project) came together to put their knees on the Hunters Point Shipyard’s neck and did not let it breathe.

As Laura Duchnak, director of the Navy’s Base Realignment and Closure Program, stated in a May 14, 2018, hearing, the Navy has invested $1 billion in cleanup for chemicals and low level radiological contamination in the shipyard. She later in March 2019 confirmed that Tetra Tech has received $261.8 million for work performed at the shipyard.

And after years of community activism and whistleblowers’ reports of remediation misconduct, EPA confirmed in 2017 that Tetra Tech has been responsible for widespread deliberate data falsification, so that in some parcels, such as Parcels B and G, over 90 percent of samples were suspect.

After years of community activism and whistleblowers’ reports of remediation misconduct, EPA confirmed in 2017 that Tetra Tech has been responsible for widespread deliberate data falsification, so that in some parcels, such as Parcels B and G, over 90 percent of samples were suspect.

Now the list of failures and wrongdoings exceed by far the list of achievements. Here is what we have at hand: Millions of taxpayer dollars have been wasted, promises for the community members of jobs, community benefits, urban amenities, new infrastructure etc. have been broken, the construction is halted, different parcels need to be re-investigated, and an absolute distrust governs the Bayview Hunters Point community.

Interestingly, the Navy conducted a survey during the months of December 2019 and January 2020 to collect community feedback on their outreach program. Out of more than 15,350 members of the community, only 40 people responded – less than 0.3 percent. This clearly reflects the level of distrust between community members and the Navy, but surprisingly the Navy interprets this survey as proof of the success of the ongoing outreach program.

Hunters Point Shipyard has a similar destiny to that of George Floyd. If a police officer put his knee on George’s neck while other colleagues watching, a league of kneeholders have put their knees on the shipyard’s neck.

Many city, state and federal authorities came together to right the wrong: develop the land after it is cleaned up! But the result was an absolute catastrophe. They, in fact, established a league of kneeholders that put their knees on the neck of the shipyard and the Bayview Hunters Point community.

And recently UCSF and UC Berkeley joined this league of kneeholders and did a disservice to the community through conducting a non-transparent, exclusive review that was founded on negligence and disregard of the community. I have written on this “bad practice” and will write more soon.

Recently UCSF and UC Berkeley joined this league of kneeholders and did a disservice to the community through conducting a non-transparent, exclusive review that was founded on negligence and disregard of the community.

If the crime took eight minutes and 46 seconds for George Floyd, it has been decades for the shipyard, starting from 1940s when the Hunters Point Naval Shipyard was established. If George was the victim of police brutality, it is the people of Bayview Hunters Point who are victims of the ongoing environmental injustice.

The sufferings of the people of this neighborhood have their roots in history and possess multiple faces. Just see how the COVID-19 pandemic is disproportionately affecting them: Bayview Hunters Point has the highest per capita rate in San Francisco: 192.91 cases per 10,000 residents, which is 2.7 times the city average.

If research suggests a direct link between air pollution and death from COVID-19, shouldn’t this league of kneeholders be held accountable for failing to address long-term environmental injustice in Bayview Hunters Point?

Now here we are! This is what the kneeholders afford to offer after more than 30 years: absolute distrust, rooted negligence and managerial incompetence. I do believe the first step should be urging arrogant kneeholders to take their knees off the Hunters Point Shipyard.

Hey, you kneeholders! Take your knees off the Hunters Point Shipyard. Let the shipyard breath! Let the people directly and actively engage! Stop humiliating the community members for not having PHDs and expertise! Step out of the league of kneeholders!

M. Reza Shirazi is a reader/professor at the School of the Built Environment, Oxford Brookes University in the UK. He is principal investigator of the European Union funded project “Socio-Spatial Justice in Urban Neighborhoods” in collaboration with the Institute of Urban and Regional Development (IURD) at UC Berkeley. He is an expert in neighborhood and community development, citizen participation and sustainable development, and has conducted research in different countries and regions. He can be reached at shirazi@brookes.ac.uk. 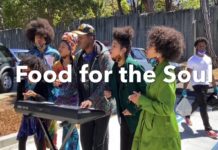 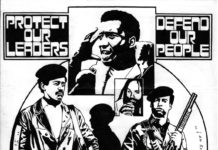