As the new editor of the San Francisco Bay View National Black Newspaper I have a plethora of responsibilities; one such task is screening incoming mail for breaking news and whistleblower reports. I recently had a stack of mail on my desk and decided to take it home for the weekend in order to read the contents thoroughly.

I was shocked to find an envelope addressed to the editor and marked “confidential and protected.” What I discovered not only angered me but turned my stomach. Within the envelope was a plea for help from an employee of the City’s Health Service System. It detailed the actions of a specific department and a specific supervisor who has employed racist strategies and tactics in his capacity as an employee of the city government. What really drew my ire was the obvious complicity of the city’s Human Resources Department, which has basically aided and abetted the actions of this wayward city employee.

The Health Service System has a long history of retaliation against employees of color. In October of 2020, a federal lawsuit was filed in San Francisco against systemic racism in the City and County. Civil Rights Attorney Angela Alioto is representing more than 50 workers who have been discriminated against because of their race.

Upon receiving this letter, I contacted Steve Zeltzer who is the host of Work Week, a radio program which airs every Thursday between 12 noon and 2 p.m. on KPOO 89.5FM. My mentor, Mary Ratcliff, suggested that I contact Steve and ask him his thoughts on the matter before me. Steve first instructed me to find out if I could contact any of the current or former employees who had been victimized by this racist city employee. I began to make phone calls and it did not take long before I found someone who was willing to talk on the record.

Malika Alim is a former employee of the Health Service System in San Francisco. She is a Black woman and over the age of 50. That detail is relevant because targeting older Black employees has been a favored tactic of the racist supervisor in question. I am sure many of you want to know who this racist employee is, so I will reveal his identity now. His name is Mitchell Griggs. Griggs is a white male who hails from North Carolina and he is the chief operating officer (COO). Griggs has focused his racist and demeaning practices specifically on employees who work in the Member Services and Operations Department.

Malika worked as a file clerk and was directed by Griggs to perform supervisory functions. She was assigned two file clerks as subordinates who reported to her. Malika was ordered to work as the office manager and to oversee facilities.

Malika asked for a reclassification and promotion in order to reflect her additional job duties as well as her supervisory role that her previous supervisor, Seretha Gallarad, forwarded to Griggs before Seretha was pushed out and terminated by Abbie Yant, the executive director of HSS, who has promoted, condoned and sanctioned the racist and hostile work environment there.

After Seretha left the San Francisco Health Service System, Malika reported directly to Griggs. Malika repeatedly emailed Griggs about her promotion request and asked to speak to him. In over one year’s time, COO Mitchell Griggs never responded to her emails and never met with her to discuss her promotion.

Malika witnessed Seretha, her former supervisor, being forced out by Griggs and Yant. Malika understood clearly that Griggs would continue to force her to work at a higher classification and continue to have her perform supervisory duties that were inherited from Gallarad.

Malika knew she was not going to be compensated for the extra work. As she waited for her reclassification, she watched three white employees receive promotions to higher classifications. Two white employees were promoted into new jobs and new positions created by the Health Service System.

In an office of 50 employees, 16 percent of the staff were promoted, reclassified or hired while Malika waited for a small reclassification that never came. After four years of faithful service to the City of San Francisco Malik was blocked from advancing by Mitchell Griggs. The discrimination left Malika with no further choice and she left a secure union job with health benefits and a pension at the Health Service System. Malika’s story is not the exception; it is the norm.

It didn’t take long before I decided to reach out to Sheryl Davis, the director of the San Francisco Human Rights Commission. Sheryl was appalled at the information I shared with her and she vowed to contact the proper officials and initiate an internal investigation. Ms. Davis did not make any promises, but she did say that she would do her best. Lately I have been talking about PRINCIPLED BLACK LEADERSHIP. In my opinion, Sheryl Davis is a principled Black leader and I believe that eventually our Mayor London Breed will begin to clean house.

As a respected media source, it is our duty to report on active racial discrimination that is going on in San Francisco. The Black Employee Alliance has been calling on our sisters and brothers to report this ongoing racism to the public but I can tell you that City employees of color are afraid of losing their jobs. This is an exceptionally dangerous time in the midst of the COVID-19 pandemic and I think racist supervisors like Mitchell Griggs know this and use it to their advantage.

After years of racism against Black employees, the San Francisco Health Service System must answer questions about their prejudicial treatment of employees of color. We must hold them publicly accountable so that everyone knows how they are treating our sisters and brothers.

Management at HSS is white and they use white privilege to discriminate against employees of color by firing them, disciplining them, forcing them out, and failing or refusing to promote them. The work environment is hostile and oppressive.

The employees cannot address racism in the workplace or they will be retaliated against. HSS management has already fired or pushed a large number of the Black employees. Many times you will hear me say that there is an “advanced gentrification program” being implemented here within the City of San Francisco. This is a part of the program. I need all of you to stay WOKE. With that said, I want to illustrate another example of Mitchell Griggs and Abbie Yant’s overt racist and devious practices.

I spoke to Civil Rights Attorney Angela Alioto about the plaintiffs in her case as well as the investigation I am performing in regard to this case and she said: “There is systemic racism in every single City and County department in San Francisco.”

Ms. Alioto went on further to describe the situation with a few of her clients: “I am representing three plaintiffs from the San Francisco Sheriff’s Office. They were given a cease and desist order by the City Attorney’s Office. My clients were told that they could not talk to anyone on the job for a year and a half. The sheriff was running a virtual prison for their own employees who had complained of racial discrimination.”

I asked Ms. Alioto if District Attorney Chesa Boudin had any authority over these racist practices and she said that he did have some authority but was not aware whether he had gotten involved or not.

I also was able to reach former Health Service System employee Seretha Gallarad. I mentioned Seretha earlier in this article. She is a Black woman over the age of 50 with a daughter in college she supports. Seretha worked for the City of San Francisco for nine years before she was forced to resign from the Health Service System.

Ironically, Seretha was the office’s liaison for the City’s whistleblower program, yet she was forced out for reporting the wrongdoing she had witnessed. Seretha was hired by previous Executive Director Cathy Dodd. When Cathy left HSS in 2017, Mitchell Griggs became Seretha’s manager and acting executive director. After he was appointed, he targeted her for termination.

What was extremely troubling was that when Seretha sent confidential emails to Human Resources (HR) about her mistreatment by Mitchell Griggs, Griggs was copied! Attorney Angela Alioto said that this a common practice which has proven to place employees in harm’s way.

Without Seretha’s knowledge, Mitchell Griggs worked with the HR representative to restructure her position that former Executive Director Cathy Dodd had created in order to disqualify her from her own job, constructively firing her. Seretha did not want to lose her job; but Griggs, the chief operating officer, fixed it so she had no alternative but to leave.

I spoke with Seretha on the phone, and she remembered the time that she met Abbie Yant and her husband. Seretha said: “I always suspected that Abbie Yant was a racist. But when I met her husband, my suspicions were confirmed. He wouldn’t even touch my hand when I offered it for a handshake.” And this was prior to the pandemic!

We will be following up on this discrimination and corruption within City and County departments. At this time, I send out a call for aid and support from Mega Black San Francisco as well as San Francisco Black Wallstreet. What is the sense in having all these organizations and groups if we do not actively support our people when they need us the most. We must combine our resources and help our people fight against this virulent racism within the City and County government.

Steve Zeltzer of Work Week on KPOO 89.5FM will be delving into this specific case on an upcoming show and he has invited me to join the panel of guests. I can tell you that on this upcoming show you will hear Malika Alim in her own words as she describes the horrible racist work environment at the San Francisco Health Service System. Please stay tuned as we will be following up on this story in upcoming issues of the San Francisco Bay View National Black Newspaper. If we do not stand up for our people, who will?

Bay View Editor Malik Washington can be reached at Malik@sfbayview.com. Contact him whenever you see news happening. Please visit our website, sfbayview.com, read and share the knowledge, wisdom and understanding and Black culture contained in our one of a kind national Black newspaper. 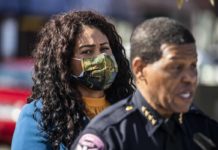 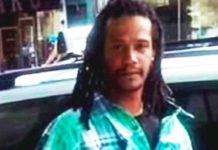 We must collectively champion the restorative justice policies of Chesa Boudin

Black Media Appreciation Night was a dream come true – thank you all!