After exposing the corruption at Lane Murray Unit, the injustices progress to an alarming degree.

Texas has an extensive history of racism. This is not a shock nor news – considering the majority of prisons are named after white supremacists and slave owners who were guilty of grotesque harms against Black people.

But to those who are behind enemy lines, the oppression is a battlefield on a graveyard.

As prisoners, we’re already paying one debt to society by relinquishing not just our freedom, dignity, name, face value, self-esteem and respect by becoming the scum of society, but also by being fed like roaches, treated like dogs and abused in Texas’s contract of monopoly capital earning billions of dollars that goes into the white man’s pockets yearly.

People of color are stuck in a labyrinth of a system that’s an inevitable self-destruction by the tyranny of Amerikkka’s prisons in Texas. Being a prisoner means having no voice!

So, when constitutional rights are violated, or bodies physically assaulted, or are being preyed upon by prison officials sexually, who can prisoners report these matters to? Who will listen? Do prison lives matter?

The constant violation of federal law by tampering with, denying and trashing of inmates’ mail; abusing Black inmates; forcing unpaid labor, which also goes unappreciated; enacting unwanted sexual advances, inappropriate sexual behavior and imposed sexual intercourse from male staff; failing to document excessive use of force resulting in inmates’ injury or even death, progressive suicide rates, acts of racism, sexism and transphobia; and refusing to grant equality to trans inmates are just some of a never-ending corrupt list of injustices going on in Lane Murray Unit in Texas.

At Central Unit prison – which was closed in 2011 – 95 murdered Black prison slaves were excavated from a burial site. All 95 Black prisoners died by the hands of white prison officials after years of every form of abuse.

But to those who are behind enemy lines, the oppression is a battlefield on a graveyard.

The tip of the iceberg is mass incarceration that affects Texas today and has yet to alleviate or be abolished. At Lane Murray Unit in Texas, the land is ruled by genocidal extermination of Black people and transgenders.

One of the few states remaining that still favors the 13th Amendment, prison slavery was ratified in 1865 and Texas takes full advantage of this to this day. The imprisonment of Blacks and transgenders is only bringing more division to the land of the free.

Prison reform is a fairytale. The New Jim Crow is real!

To suppress my vocal complaints of the struggles behind enemy lines, I’ve been a victim of threats and mistreatment. After several attempts to seek justice, my cries for help have fallen upon deaf ears.

My mail has been trashed. I’ve been denied access to law library. I’ve been treated with contempt and in a hostile manner. I have been bullied aggressively into submission as an attempt to stop me from continuously exposing the corruption at Lane Murray Unit.

But why? The development of genocide? A revolution of oppression? The irony of fascism on the brink of a society that causes a cycle of violence!

Is Texas’ regimental way of criminal justice a coverup to kill off the Black and LGBTQIA community? I live life to express not impress.

It’s as if my days are numbered and I must look over my shoulder every other second to assure myself of my safety, which is in constant threat.

But I will not be suppressed! I will continue utilizing my freedom of speech and press, exposing the corruption and seeking justice.

I have hope in a hopeless place and I will grow where there is no room to grow against all odds. Let freedom ring! 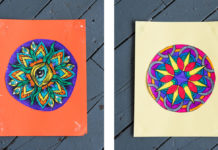 Free yourself into forgiveness 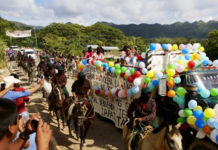 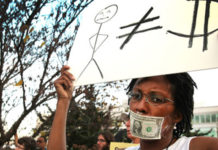