Presented at Brava Theater Center in the historic Mission District on Oct. 16-17, 2021, it will consist of eight performances for theatre audiences to enjoy in adherence to San Francisco’s coronavirus safety protocols.

With theater venues shut down worldwide for more than a year due to the deadly pandemic, SFBATCO co-founders Rodney Earl Jackson Jr. and Marcelo Javier have mounted a lively creative comeback. The New Roots Theatre Festival invites legacy theatre organizations and emerging artists to give voice to BIPOC creativity, bringing to life resilience, joy, diversity and stories with BIPOC POVs that are relatable to everyone.

“The whole world is a stage, but for more than a year the world of theater has been shuttered. It’s great to work in unity with these amazing arts organizations to give voice to the stories of communities that have been hit hardest by the pandemic,” said Marcelo Javier. “The two-day festival serves as a multicultural performing arts incubator amplifying artists in the Bay Area – the voices of Black, Indigenous and People of Color (BIPOC) – that the world is invited to see and hear.”

The projects representing the “new” in New Roots Theatre Festival are first and foremost the festival itself along with Jamie Zimmer, Joanna Haigood and Laura Elaine mounting “Sign My Name to Freedom: The Unheard Songs of Betty Reid Soskin” – the oldest living national park ranger turned 100 on Sept. 22, 2021; SFBATCO South Asian American playwright Aidaa Peerzada‘s “Shining,” a reimagined Afro-futurist take on the Greek myth of Phaeton; and SFBATCO’s own Othello Jefferson, Jamie Yuen-Shore and Christine Chung and the revival of “I, Too, Sing America.”

The “roots” of the festival are represented by performances from the Cuicacalli Ballet Folklórico that infuses Indigenous, folkloric and contemporary dance styles; The Lorraine Hansberry Theatre; AfroSolo; PUSH Dance; and the African American Shakespeare Company. The “roots” of the festival also have new works such as the Lorraine Hansberry Theatre’s “In the Evening by the Moonlight,” written by the theatre’s artistic director Margo Hall and Chicago-based writer Traci Tolmaire. It is about civil rights activists and artists Lorraine Hansberry, James Baldwin and Nina Simone, who were friends.

“It is a thrill to bring together so many talented actors and arts organizations under one roof at the Brava Theater Center in our diverse and historic Mission District of San Francisco,” said Rodney Earl Jackson Jr., co-founder of SFBATCO. “The New Roots Festival is the perfect exclamation point for our company that began seven years ago in September 2014. This collaboration is kind of like our country’s motto, ‘E pluribus unum’: out of the many, one.”

Along with the diversity of performances is the diversity of selection. Each project is paired with another into a uniquely themed “performance block.” Theater goers can create their own theatrical experience by mixing and matching the performance blocks they want to see. Get the closest equivalent to binge-watching outside of your home with live actors all for the price of $30 for a Two-Block Package – four projects – or $50 that indulges you with the entire festival Four-Block Package – eight projects. For ticket and performance information, click this link: https://www.sfbatco.org/nrtf-projects.

Block A: Legends of the Bay, a legacy project presented by AfroSolo

“San Francisco: Variations on Joy, White Supremacy and Hope!” Based on true experiences of performer, creator and Artistic Director Thomas Robert Simpson, this solo show, which follows with video projections, explores issues around race, self-acceptance and hope for the future.

“EMME YA: Expedition,” a legacy project presented by PUSH Dance, is an immersive dance piece that fuses elements of diaspora and Afrofuturism in order to expose our connection to the land and Black indigeneity. This piece is a small component of a larger two-year research piece by PUSH Dance Artistic Director Raissa Simpson.

“SHINING,” an SFBATCO Original Project, is the story of a child of the Sun God, setting the world on fire as he works to prove himself to his estranged father. Written in contemporary verse by Aidaa Peerzada, this Afro-futurist innovation on the myth of Phaeton explores the origin of state-sanctioned violence in Western culture through “classical” archetypes and fantasy.

On this night, at her Waverly Place flat in New York, Lorraine shares a rowdy scotch filled evening debating, confronting fears and celebrating the hope of revolution with her two close friends – the incomparable musician Nina Simone and the prolific writer James Baldwin.

This original play by co-creators Margo Hall and Traci Tolmaire is an intimate portrait of Lorraine Hansberry. Despite her looming illness, she and Nina prepare for the Student Nonviolent Coordinating Committee (SNCC) benefit concert at Carnegie Hall and welcome Jimmy home from Paris after the horrific assassination of Medgar Evers.

“México Lindo y Querido,” a legacy project presented by Cuicacalli Ballet Folklórico, will take the audience on a magical journey around the many states of México through music and dance. Inspired by the rich traditions of México, Founder, Artistic Director and Choreographer Mr. Jesús Cortés combines traditional Folklórico with contemporary dance with the mission of keeping the enigmatic dance traditions of Mexico alive.

“I, Too, Sing America,” an SFBATCO Original Project, celebrates the spectrum of human experience authored by great American artists of color in word, song, music and movement. The show, inspired by composer and music director Othello Jefferson’s wish to create something meaningful for his daughters, is a collaborative piece, created with an ensemble of local singers, dancers and poets.

It is conceived and music directed by Othello Jefferson, curated and directed by Jamie Yuen-Shore with movement direction by Christine Chung. Initially produced in 2018 and 2019 – TBA Award, Best Musical – this special performance will feature new poems and songs that speak directly to the current moment.

Lorraine Hansberry Theatre’s ‘In the Evening by the Moonlight,’ by Margo Hall and Traci Tolmaire

Jackie Wright is the president of Wright Enterprises, a full service public relations. She has over 20 years of media experience as an award-winning journalist in radio, television and print. She can be reached at jackiewright@wrightnow.biz or twitter.com/wrightenternow. 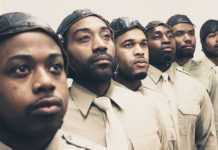 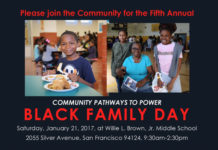 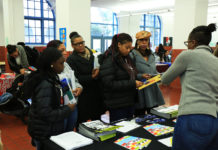