If the shoe fits … 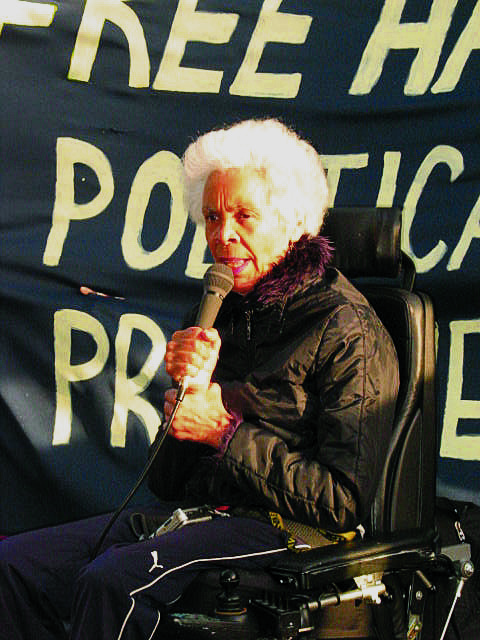 by Kiilu Nyasha, producer and host of Freedom Is a Constant Struggle

I was outraged to hear that my “daughter,” Nadra Foster, was attacked, brutalized, hogtied, arrested and charged with trespassing, resisting arrest, assaults on police, and other charges, with bail set at $81,500!

Most of you have already heard the “sound track” of this vicious assault on Nadra, a single Black mother of two daughters, graduate of the Apprentice Program, and 12-year volunteer staff at KPFA.

Thanks to Media Alliance, Nadra’s reduced bail of $500 was met and she was released in the wee hours of Saturday morning, Aug. 24.

I spoke to her late Saturday morning and again on Sunday. Her description of what happened right there in the studio is simply incredible.

First, it’s disgusting that KPFA staff would call the police to solve a simple problem that could have been handled by other staff. Any KPFA staff who would even consider such a move in the present-day context of a very racist police state – about which Pacifica often reports – should never again refer to themselves as a progressive. In fact, KPFA should drop that word from its vocabulary since its practice puts it in the same category as Fox or ABC – an establishment broadcast network.

Nadra told me that she was calling for a ride when two White police officers arrived in the small first-floor studio. When she calmly told them that the person who told her to leave the station had no authority to do so, one of the pigs “body-slammed” her, knocking her from a chair to the floor. She then got up, verbally protesting the assault, and the other pig started beating her.

Anita Johnson tried to come to her aid and was forced out of the room, at which point the two pigs called for backup. Shortly thereafter, six more pigs joined the fray and began beating Nadra again, kicking her all over her body and in her face. When she was handcuffed and asked if she wanted to be hogtied, she proclaimed, “I’m a human being,” and they proceeded to beat her again and wrap her in this contraption that was, from her description, like a full-length straightjacket – leaving her horizontally facing the ceiling as they carried her out of the station.

It was first reported that Nadra suffered a broken arm. I’m sure it felt like it, but X-rays showed her forearm was “severely sprained.” Since falling goes with my medical territory, I can testify that sprains and bruises can feel like fractures. In fact, I spent six weeks in hospital in 1998, unable to stand, bear weight, behind a bad bruise I thought originally to be a fracture.

I specifically asked Nadra if she had cussed at the pigs, knowing from experience that I would have called them everything but a child of god. She said, “No,” and I was amazed. But Nadra is not Kiilu; she has a very calm, easy disposition and is not given to cursing. All the more reason they had no business assaulting her; they had no provocation whatsoever.

Now, I know that JR was NOT in the station because he would have been in jail for resisting arrest, no doubt. He already got arrested once before for aiding Rashida when she was attacked by police on assignment – another story.

But to all those who were present, I want to know how you could passively watch your colleague and my dear friend – who has been so good to me she’s like a daughter -a mild-mannered, soft-spoken, dedicated person – who else volunteers their time for 12 years to serve their community? – be beat down several times by a gang of pigs and do nothing? In short, I want to know why none of you was arrested for resisting arrest?

But then, there’s no “all of us or none” kinda thing going on at KPFA, is there?

Just to be clear, reparations means to “repair the damage” that has already been done.

In this case, collective responsibility by the staff at KPFA should be assumed for the harm done to our sister, Nadra H. Foster.

1. Charges should be dropped and/or Nadra’s defense should be undertaken – paid for – by KPFA.

2. Medical expenses should be covered by KPFA’s insurance or by whatever means is available.

3. New bylaws should be established that preclude such a thing from ever reoccurring, especially specific guidelines on conflict resolution and the banning of paid or unpaid staff.

4. Police should never be called in to settle a non-violent dispute – period.

5. Nadra should be reinstated or un-banned as an unpaid staff member and given an official apology – hardly sufficient but the least thing to do to begin to repair the damage done to relationships and the social environment at KPFA.

6. Unpaid staff should receive the same consideration, respect and accommodation that paid staff gets, however that is to be institutionalized.

7. The most important reparation should involve the creation of a daily or weekly Black public affairs program devoted to issues affecting our local Bay Area Black Diaspora, which includes indigenous-, Haitian-, Caribbean- and Latino-Africans, among others. The issue of police brutality and murder is ever present and escalating in predominately Black neighborhoods. Coverage of such incidents should be of paramount concern to the staff of Pacifica and KPFA. Had such a program been on KPFA airwaves, perhaps this incident could have been avoided.

As a former unpaid staff from 1983 to 1995, I refused to apply for a new program after being dissed in 1995. I left feeling like “I’m not going to volunteer to be disrespected!” I feel strongly that those who spend long hours producing, editing, board op’ing, hosting, etc. FOR FREE should get MORE RESPECT not less. Think about it. Moreover, if it were not for the majority of the staff that is unpaid, KPFA and nearly all listener-sponsored media would not survive.

Finally, if the management staff is unwilling or uncooperative with regard to making amends for this egregious incident, KPFA will surely lose standing and respect in the Black community – and in all communities wherein human beings live. And it should lose funding as well. In any case, it would certainly demonstrate clearly its hypocrisy.

Kiilu Nyasha, Black Panther veteran, revolutionary journalist and Bay View columnist, hosts the TV talk show Freedom Is a Constant Struggle (named after the show she used to host on KPFA) every Friday at 7:30 p.m. on SF Live, San Francisco cable channel 76. She can be reached at Kiilu2@sbcglobal.net. 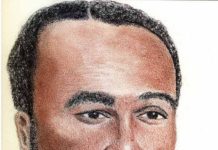