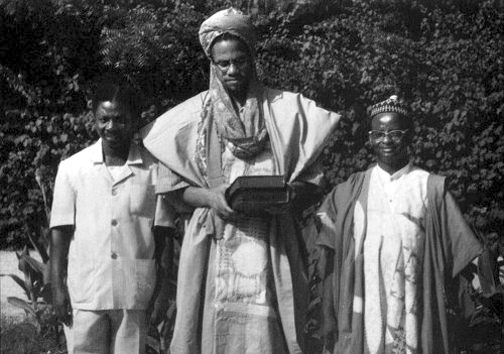 El-Hajj Malik El-Shabazz (Malcolm X) was assassinated 44 years ago, on Feb. 21, 1965, because of his attempt to internationalize the African American struggle for self-determination.

Malcolm would have been 84 years old on May 19, 2009. Africans in New York City have made a pilgrimage to Malcolm’s gravesite every year since Feb. 21, 1966. While it is unlikely that U.S. President Barack Obama will acknowledge Malcolm’s joining the ancestors, people from Cape Town to Nova Scotia and Brazil to Brixton definitely will.

Unlike other U.S. presidents, President Obama knows who Malcolm was and what he stands for. Like many males with African roots, President Obama was moved by Malcolm’s life story. A cursory reading of his autobiography, “Dreams from My Father,” will prove this point.

President Obama is truly an African American; parts of his roots are with the Luo people in East Africa. The Luo are an ethnic group in Kenya, Eastern Uganda and Northern Tanzania. The Luo are the third largest ethnic group (13 percent) in Kenya, after the Kikuyu (20 percent) and the Luhya (17 percent). The Luo and the Kikuyu inherited the bulk of political power in the first years following Kenya’s independence in 1963.

When Malcolm visited Africa in 1964, he visited Kenya, Uganda and Tanzania. It was during that trip that he met with Kenyan President Jomo Kenyatta, Ugandan President Dr. Milton Obote, and President Julius K. Nyerere and Muhammad Babu of Tanzania. Babu, Malcolm and Leroi Jones (now Amiri Baraka) held a meeting during this period in New York City. Malcolm talked about meeting President Kenyatta. Malcolm, however, was also aware of Kenya’s Oginga Odinga. 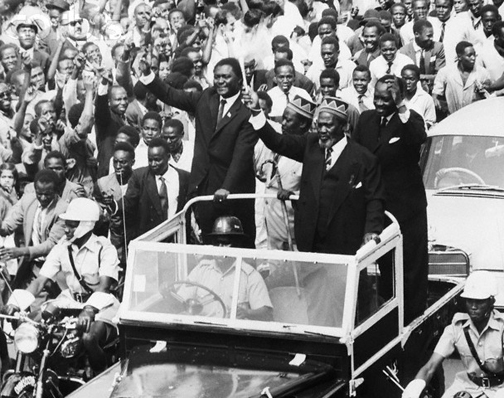 When Malcolm was killed in 1965, Kenyatta was still in power and Odinga and Kenyatta were still comrades. Jaramogi Ajuma Oginga Odinga (1911-Jan. 20, 1994) was a Luo chief who became a prominent figure in Kenya’s struggle for independence.

He later served as Kenya’s first vice president and a member of the Kenya African National Union (KANU) and thereafter as opposition leader. Odinga’s son, Raila Odinga, is the current prime minister, and another son, Oburu Odinga, is assistant minister for finance in the 2008 Grand Coalition government. Odinga was vice president of Kenya in 1964-66 but, in 1969, he was placed under house arrest due to his opposition to the KANU government.

Odinga had an impact on human rights groups in the United States. While he was in the U.S., the State Department took him on a tour of America. The last stop was Atlanta, self-described as “The City Too Busy to Hate.” Odinga was housed at one of Atlanta’s two non-segregated hotels.

When the activists of the Student Nonviolent Coordinating Committee (SNCC) heard about Odinga’s visit, they decided to “pull his coat” and provide him with information that would be neglected by the State Department. They visited Odinga’s hotel room and shared stories and songs of the human-rights movement to acquaint this African visitor with how the United States treated her African population.

He responded, “Uhuru,” the Swahili word for “freedom.” Following their visit to Odinga, the SNCC delegation went to the Toddle House restaurant near the hotel. They sat in to protest the restaurant’s “whites only” policy, and 17 were arrested.

“Immediately after these events, Knoxville’s Matthew Jones, a SNCC worker, wrote a song, ‘Oginga Odinga of Kenya,’ telling this story. Odinga described the racial situation in America as ‘very pitiful.’ Soon the Toddle House restaurants chose to desegregate,” recalled Jones in an interview.

“Oginga Odinga of Kenya” became one of Malcolm’s favorite songs. Malcolm and the legendary human rights leader Fannie Lou Hamer of the Mississippi Democratic Freedom Party shared the platform at a church in Harlem. The Freedom Singers of SNCC performed various songs, including “Oginga Odinga of Kenya.” 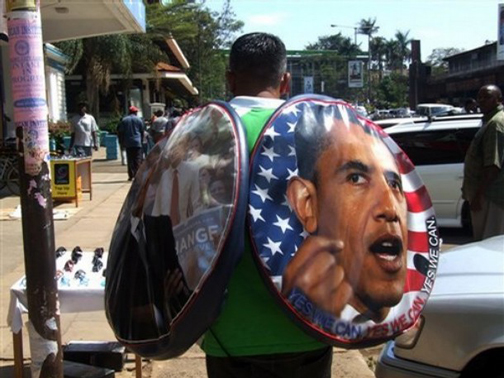 One of the reasons over 90 percent of the African population in the United States gave their support to President Obama and not Sen. Hillary Clinton was his opposition to the war in Iraq. Africans in American have always been in the vanguard of opposing imperialist wars. The great Nevis-born African Caribbean leader Cyril Briggs, who helped found the African Blood Brotherhood in 1919, was fired from his job at the New York Amsterdam News for speaking against World War I.

Contrary to popular belief, it was Malcolm, not Martin Luther King, who first opposed the war in Vietnam. Malcolm was the first African American leader of national prominence in the 1960s to condemn the war. He was later joined by organizations like the Revolutionary Action Movement (RAM) and the SNCC, the Black Panther Party, the League of Revolutionary Black Workers and the Republic of New Africa.

Malcolm continued this anti-imperialist tradition. He continued to link the struggles of African people worldwide. King always maintained, “Injustice anywhere is a threat to justice everywhere.” He came out against the Vietnam War with his famous April 4, 1967, speech at Riverside Church in New York City. 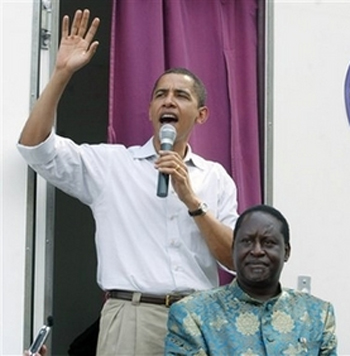 What direction will President Obama take on international affairs? Will or will he not send troops to Afghanistan? What stand will he take on the U.S. Africa Command (AFRICOM)? Which tradition will he follow? Will he take an anti-imperialist stance like Malcolm and Odinga or will he follow in the footsteps of his fellow American presidents? Time will tell.

Norman Richmond can be contacted at norman@ckln.fm.

This is an excerpt from “No Easy Victories: African Liberation and American Activists over a Half Century, 1950-2000,” edited by William Minter, Gail Hovey and Charles Cobb Jr., who was field secretary for the Student Nonviolent Coordinating Committee in Mississippi from 1962 to 1967. The book is available from http://www.noeasyvictories.org and http://www.africaworldpressbooks.com. Charles Cobb Jr. writes:

It was in ’63 that we really started to become aware of Africa, as I remember. Oginga Odinga, who was at that time the vice president of Kenya, was touring the United States, and one of the places he visited was Atlanta, Georgia.

A whole bunch of us went to see him, just because he was an African leader. There was no political assessment of Kenya, or any of that. He was a black guy who was a vice president of a country, and we had just never seen that. He was staying at some posh hotel in downtown Atlanta, and he saw us. We had this talk, and shook his hand; it was a big thing.

Afterwards we decided to go have coffee at a restaurant next door to the hotel, and we were all refused service. We were kind of high on meeting this black leader, and so naturally we refused to leave the restaurant, and we all got arrested. Oginga Odinga became a known name in the organization. There were songs written about him. Because of this incident, discussion started.

Uhuru, uhuru
Freedom now, freedom now
The folks in Mississippi
Will knock you on your rump
And if you holler FREEDOM
They’ll throw you in the swamp.