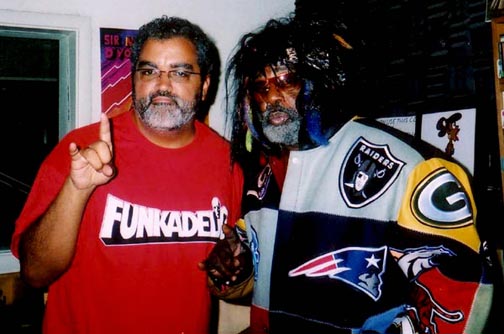 When it became clear this past spring that Barack Obama, the Hawaiian-born child of a Black African father and white Kansan mother, was on the inside track to the presidency, many of us African Americans began to rejoice in ways we never before imagined.

Those of us who identify as biracial, or mixed race, found a profoundly cathartic moment of our own, as our actual identity was affirmed, by a man unashamed of and, in fact, proud of his biracial and bi-cultural background and willing to dare Americans of all walks of life to affirm it too.

For to come up in America as a mixed race citizen, the “ethnicity” that has always been a standard bearer for one’s identity has been a source of confusion and outright despair at times. On most official documents one must identify oneself by marking only one of the boxes – white/Caucasian, black/African American, Hispanic/Latino, Asian American or American Indian/Native American – while the “other” is given its own box, as a consolation prize for not belonging. While I am aware of their value, those forms had always represented to me a moment of quiet torment, a watershed of denial, or of the obligatory embrace of “other” as a self-definition. Obama by his very presence, substance and clear dominance of the arena served to validate “the other” once and for all, removing it from the marginal status it carried for so long.

Obama’ s presence also validated a generation of idealists from the counter-culture rebellions of the 1960s, in which young mainstream whites bolted from their sedate and insular lifestyles to pursue new social arrangements, in part as a rejection of their staid upbringing and in part as a result of their uniquely American opportunity to seek another social frontier. Obama’s success affirms the idealism that went into so many daring and often considered impulsive interracial affairs. Obama himself proves to all of us that there was more than a little commitment and love as well as hope involved in those pairings.

Obama also celebrated his difference by affirming his given name, Barack Hussein Obama, the Muslim name of his father. This was no simple gesture, for the name will now sit alongside the Adamses, the Jeffersons, the Kennedys, the Roosevelts and the Reagans. As a child he was known as “Barry” and could have easily formalized that nickname, Americanizing himself to those unprepared for his true identity.

Obama turned the tables on the most basic premise of the immigration/assimilation struggle for many, by demanding to be heard, seen and identified on his own terms. For those who would come from different shores as “Quong” or “Beatriz” and become “Joe” or “Betty,” the onus had always been to define and present oneself on the terms of the dominant group as a first means of acceptance. At the highest point on America’s social and political food chain, Barack Obama has redefined the status of owning one’s own name.

Barack Obama has re-imagined a new form of national unity and created a space in which superficial differences such as name and race are seen as superficial and presumably one may finally be judged by the content of one’s own character. He rode this premise into the White House and this country may be a better place because of it. But we are not really living in a post-racial world.

Obama has chosen to pay a high price for his post-racial identification. He has taken great strides to distance himself from race-based advocates of African American progress, including his fellow Chicago-based Nation of Islam leader Louis Farrakhan and his own former pastor, Rev. Jeremiah Wright. Since his triumphant election, Obama’s cabinet appointments have surprised many of his liberal allies with his centrist orientation, and his decision to avoid serious commentary on the Israelí invasion of Gaza, particularly on the loss of innocent life in Gaza underscores the establishment oriented choices Obama is prepared to make.

What does Obama’s otherwise spectacular achievement say about the issues of police brutality, welfare to work, Reparations or Affirmative Action? Does an Obama administration bring us any closer to an official government apology for slavery? Perhaps these notions are just looking backward when Obama has changed the game and has inspired so many to take action on their own to find remedies to entrenched problems plaguing racialized communities.

I find myself wondering what positions Obama would take should unrest in African American communities unfold in the U.S.? Can Obama spend his entire administration distancing himself from the likes of Reverends Farrakhan and Wright and their many followers? How will he handle the next crisis that directly impacts or emanates from the Black community? How would he have handled Hurricane Katrina and New Orleans Mayor Ray Nagin, for example, differently? Certainly more resources would flow, but would Obama treat Nagin as just another mayor or hang with him as “a brother” in the crisis? 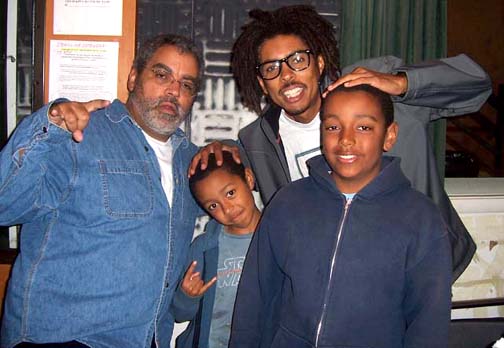 None of these issues tainted my thrill at his inauguration. Obama has already earned the right to be remembered as a giant who stands rightfully upon the shoulders of Martin Luther King Jr. as a leader of all people who inspires his own. The most powerful man in the world today is an African, and that is a magnificent thing to behold. His close-knit African American nuclear family provides equally inspiring images for everyone.

However, there is a nugget of doubt that some serious issues that are peculiar to the African American community will be sacrificed on the altar of egalitarianism. This is happening just as Obama has inspired more hope, more involvement and more action on the part of a new multi-racial generation than ever before. How will he handle their frustration if things go south during his administration?

In Oakland, California, the city has been facing weeks of unrest in the wake of the New Year’s Day police shooting of an unarmed Black man, Oscar Grant, in front of hundreds of witnesses on the subway. Heartfelt pleas for peace in the wake of the tragedy have not quelled the anger in the streets. In this context, even the most sympathetic civic leaders can find themselves authorizing the use of force against their own citizens.

As president, if things get hairy, Obama could find himself in the position of Wilson Goode, the Philadelphia mayor who authorized the bombing of the Black separatist group MOVE in 1985, which resulted in the burning down of an entire city block of homes. Goode was re-elected as mayor, but his credibility in African American circles was shattered at the time.

Barack Obama can be smooth as silk on issues that involve diverse constituencies, and if anyone can work around fractious racial group politics, it is him. I’m proud that he’s in place and can’t wait for his own administration to take hold and establish a new tone of tolerance, accountability and responsibility. Many of us loved Bill Clinton at the beginning too, until we had to learn to adapt our affection and separate the personal from the political. That process will take place with Obama as well.

So as I celebrate the nation’s first Black president, I also wonder how far his achievement will go beyond the symbols in addressing issues specific to communities of color? YES WE CAN bring about change, but what if my ideas of change are far different from Obama’s on many issues, from Affirmative Action to Israeli policy?

Is this going to be the post-racial “New Deal” of Obama? Race won’t be an issue, as long as one doesn’t advocate for it? Will he throw the Black community under the bus in the interest of a “colorblind” policy?

I love the fact that Barack Obama is president of the United States, but after the inauguration parties, I hope that the new deal will mean I am not only free to identify myself as I see fit, but also free to work for justice where and how I see fit.

Dr. Rickey Vincent is a lecturer at San Francisco City College and the author of “Funk: The Music, the People and the Rhythm of The One.” He is also the host of “The History of Funk” on KPFA 94.1 FM every Friday from 10 p.m. to midnight. Visit his website, rickeyvincent.com.