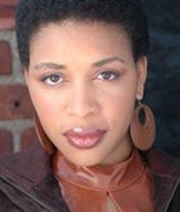 Longtime Black Michigan Congressman John Conyers has written a bill that is now moving through the House of Representatives called the Performance Rights Act, which would require the payment of a performer’s fee to play songs on AM and FM radio stations, along with satellite, cable and Internet music services.

Kathy Hughes, the owner of Radio One, which many in the Black community deem the Black Clear Channel, has issued a clarion call to Black people saying that Conyers’ bill will kill Black radio. But the question remains: Is Black radio now in jeopardy or has true Black radio that is accountable to the community been dead for decades?

Iyanna Jones is the executive producer of the groundbreaking new film, “Disappearing Voices: The Decline of Black Radio,” which looks at the history of Black radio in relation to where it is now in this country.

Media is a very important tool that can be used to educate and liberate us – first in thinking, then physically – or dumb us down to control our minds and keep our bodies captive.

Fifty years after the beginning of the Civil Rights Movement and 40-plus years after organizations like the Black Panther Party used the medium, Black radio is only a shadow of its former self today in comparison to how the Black community used it in those days. Back then, Black Radio was to our social and political movements what color is to photography:

It is not a necessity but it does embellish feelings and emotions on the subject.

That is why I wanted to check in with one of our community’s national experts on the questions at hand. So kick back and keep reading. Iyanna may captivate you with her answers …

M.O.I. JR: Be it that you recently released your documentary on Black radio, how do you feel about the Performance Rights Act, which would require AM and FM radio stations to pay a performer’s fee to play songs – also satellite, cable and Internet music services? 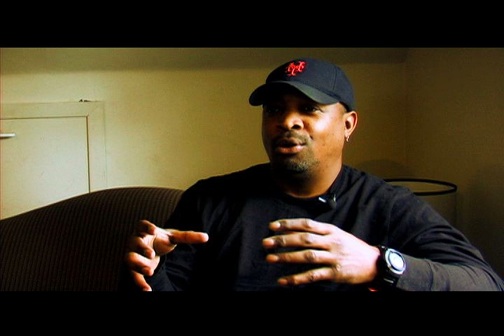 Iyanna Jones: I think to pay artists on major labels that are getting a lot of money or are getting huge advances should not be a priority as far as the Black community is concerned.

However, it might very well help independent artists who need the exposure to get some radio play. But at the same time, some artists are the victims of draconian, slavery-type deals. Because of the nature of the music business it doesn’t matter whether it’s a Kathy Hughes or a Percy Sutton in this situation; they are bound to have interests that differ either moderately or greatly from those of the Black community, and we would do well to keep that in mind.

Iyanna Jones: I never get into personalities. I don’t know Kathy. But anybody Black in media is going to be conflicted if they try to play the game. Serving the Black community vs. keeping your business afloat or staying relevant versus staying authentic is the timeless Black identity struggle in this capitalist society. It is sad that when we talk about Black radio we seem to only point to a Kathy Hughes. We don’t have 40 or 50 people like her that we can point to in Black media.

The Black station owner’s struggle is a struggle to stay in business. Where’s the struggle to keep Black concerns at the forefront? The answer is because there’s no money in investigative journalism from a Black perspective. There’s no corporate incentive to keep the Black community informed. Most of the information we receive is second hand from other news services. There is no mainstream interest in providing us with information that is going to put us ahead.

I understand Kathy’s argument. The bottom line is that Black stations are struggling financially, but is that really a Black community struggle? I don’t think so. I think those are two different struggles, especially since the Black community’s main complaint is that their culture, their values and their mores are not represented on these so called Black-face stations.

Nobody who has a militant message or a radical message is given a national platform unless they are right wing. So can we be critical of Hughes, of the National Association of Black Owned Broadcasters? Yes. But we still must remember that this system was not designed to empower Black people. At the very least, this struggle should force those station owners to ask themselves what they are willing to do for the Black community.

M.O.I. JR: For those that do not know, what is the name of your film and what is it about?

Iyanna Jones: The film is a feature length documentary called “Disappearing Voices: The Decline of Black Radio.” It’s a controversial documentary directed by U-Savior Washington and narrated by Wayne Gillman of Air America and WBLS that will be made available to the public in June 2009 in time for Black Music Month. You can order it at www.disappearingvoices.com.

While not a complete history of Black Radio – that would take dozens of volumes and decades to complete – the film offers viewers a well rounded discourse that touches on the impact of Black jocks not only on radio but on the very fabric of American life. We have rare interviews with prominent figures like Melvin Van Peebles, Gary Byrd, Chuck D of Public Enemy, M1 of Dead Prez, Kae Thompson and Abiodun Oyewole of The Last Poets and with air checks by famous jocks like Frankie “Hollywood” Crocker, Enoch “The Dixie Drifter” Gregory, Jocko Henderson, Hal Jackson and Eddie O’Jay.

Disappearing Voices does more than examine the factors that contributed to Black radio’s demise. It is an expose, a history lesson, a memoir and a source for solutions.

It’s one part historical exploration – it explores the history of broadcasting in general and Black Radio in particular – and another part detective, investigating what made Black radio unique and following some of the jocks who contributed to that uniqueness.

Finally, “Disappearing Voices” covers Black radio’s high points and the point at which it took a downward turn. It explores the current environment and what can be done to turn Black Radio around. The film embarks upon an in-depth exploration of systemic racism, Arbitron, Madison Avenue advertising agencies, Black radio station owners and the National Association of Black Owned Broadcasters, Black disc jockeys, community organizing and possible solutions to the ailing Black radio industry.

M.O.I. JR: In looking at the state of what Black radio is, do you think it is worth saving? Why?

Iyanna Jones: Absolutely. Don’t be fooled. Radio is still a very powerful and viable platform. It’s more affordable than TV and it’s a far reaching means to keep the community together. It can help develop an economic infrastructure. And the powers that be recognize this.

Look at how the nationally syndicated Michael Baisden organized for the Jena 6. People listened. So even though the quality of programming has gone down, we still listen. And our enemies know this.

And this is why there is always a big business push to control media. It’s not about money. They already have it all. It’s about power and controlling information and therefore our minds.

He who controls the diameter of our thinking controls the circumference of our actions and that’s why there is a vested interest in keeping us dumb. But we have to fight to get radio back to where it needs to be. It’s dying but it’s not beyond recovery.

M.O.I. JR: How has the response been to your film?

Iyanna Jones: Fantastic! Emails, phone calls and even snail mail have been literally rolling in. This is why I say yes, Black radio is salvageable, because the people want to save it. They respect it. They love it. They remember it fondly and they want to restore it to its greatness. Many of the most avid supporters have been people in college and high school, which proves that radio is not an irrelevant medium. Rather it is one waiting to be resuscitated by a younger generation. People keep asking us how they can join the movement.

Iyanna Jones: Visit www.disappearingvoices.com to see the trailer, write an entry on our blog and also pre-order a copy today. “Disappearing Voices: The Decline of Black Radio” will be on sale in June 2009 just in time for Black Music Month. The orders are flooding in. You don’t want to miss out.