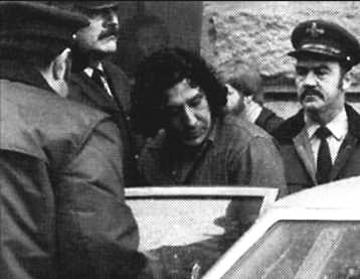 Note from Consortium News: The U.S. government’s release of ex-Manson gang member “Squeaky” Fromme on Aug. 14 drew almost no controversy, although she had attempted to kill a U.S. president in 1974. By contrast, federal authorities have shown no mercy toward imprisoned Native American leader Leonard Peltier despite grave concerns about the fairness of his murder conviction in 1977.

Similarly, the Obama administration is opposing the humanitarian release of ailing Libyan Abdelbaset Ali Mohmed al Megrahi although his conviction for the 1988 bombing of PanAm 103 almost surely was a miscarriage of justice designed to placate public demands for some punishment, even if that meant locking up an innocent man. (See “PanAm 103 Verdict: Justice or Politics?”)

In this guest essay, Dennis Bernstein and Miguel Gavilan Molina concentrate on the inequality of mercy shown to Peltier when contrasted with Fromme’s treatment:

Fromme attempted in 1974 to assassinate then President Gerald R. Ford. She did three decades and four years for her bungled attempt. 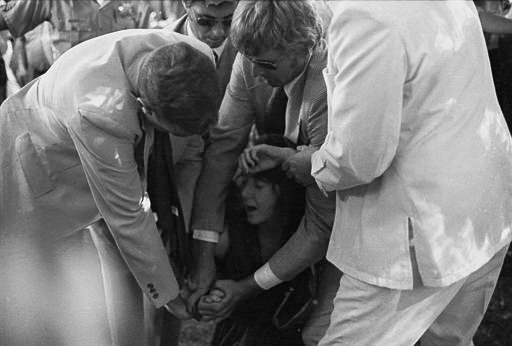 Surprisingly, “Squeaky’s” release has evoked none of the outrage from the typical right-wing suspects who bristle at any kind of expression of humanity towards those convicted of serious crimes, guilty or not.

In the case of Fromme, she was not only found guilty of attempting to assassinate a sitting U.S. president, she still communicates with Charlie Manson and she is still a loyal supporter of the 74-year-old unrepentant mass murderer.

Soon after Fromme met Manson in 1967, she threw in with his obedient band of estranged followers who considered him an exalted prophet. When Manson and his cohorts were busted and jailed for the Tate killings, Fromme and other Manson cultists would gather at protests outside the jail where their deranged visionary was being held.

When Manson was convicted and sent to Folsom Prison, outside Sacramento, Fromme moved to California to help propagate the vision of her heroic mass murderer out to the larger world.

Now, cut to the pending case of Native American spiritual leader Leonard Peltier, who has also served almost 35 years behind bars for a crime that has never been proven. Peltier’s case was rocked by government misconduct, including the extensive falsification and suppression of evidence.

So it would seem to be a no brainer: If you’re going to release Fromme, still a self-proclaimed Manson supporter, it’s time to free this internationally revered indigenous leader who was clearly framed by the government and then ground through the racist prison system.

Peltier is facing a major uphill battle with his health. Only recently he was set up and beaten viciously behind bars, under prison supervision. The only explanation that could justify or explain holding Petlier, while releasing Fromme, is race and racism.

Lots of sympathy from the public for poor “misguided” Fromme. Everyone from filmmaker John Waters to the Manson loyalists’ first attorney are spewing on her behalf, while the same sensitive folks seem ready to let Leonard Peltier rot in prison until death takes him.

“I always thought it was a complete tragedy that [Fromme] got caught up with someone like Charles Manson,” said John Virga, the attorney who defended her in 1975.

Virgra told The Dallas Morning News: “She is very bright. If you met her at a cocktail party and had a conversation with her, you’d say, ‘What a wonderful young woman.’”

Where is the similar compassion for Peltier, this respected leader of his people, dubbed “the Nelson Mandela of North America” by the American Indian Movement or AIM.

While the sad fate of the Manson cultist and wannabe presidential assassin might make for interesting banter at an elite cocktail party, freedom for Leonard Peltier is awaited – and now is being demanded – across Indian lands.

So, President Barack Obama, isn’t it time to stop the photo ops with Indian chiefs and take a real stand against the historic abuse (and genocide) of Native Americans and against the injustice that Indians have faced in America for centuries?

Leonard Peltier was just given his first parole hearing in 16 years, and he awaits the parole board’s decision any day. Wouldn’t you say it’s time, Mr. President, to free Leonard Peltier?

Dennis Bernstein is an award-winning investigative reporter and public radio producer, who can be reached at dbernstein@igc.org. He is co-host and executive producer of the daily radio news magazine, Flashpoints, on Pacifica Radio. Miguel Gavilan Molina is executive producer of La Onda on KPFA in Berkeley and the host of Flashpoints in Espanol. This story first appeared at consortiumnews.com.

So it would seem to be a no brainer: If you’re going to release Fromme, still a self-proclaimed Manson supporter, it’s time to free this internationally revered indigenous leader who was clearly framed by the government and then ground through the racist prison system.

Victory! Prisoners at California Men’s Colony stop the banning of the Bay View