KPFA staffers, community allies say, ‘Vote NO on the recall’

There’s more mischief underway at community radio station KPFA. KPFA subscribers will soon be receiving ballots in the mail asking them to vote on whether media activist Tracy Rosenberg should be recalled from her seat on the KPFA board. This swiftboat-style attack on the station’s hardest working board member must be defeated! 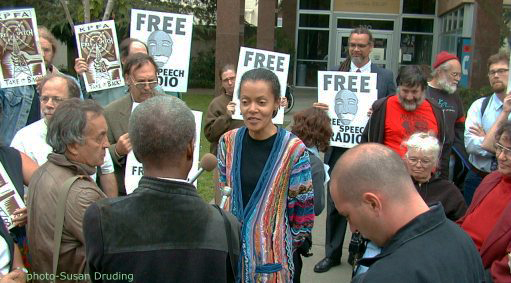 In her day job, Tracy heads Media Alliance, the Oakland-based organization that advocates for more democratic media institutions. Tracy’s activities at Media Alliance have ranged from supporting the programmers of college radio station KUSF to campaigning against the giant cell phone merger of AT&T and T-Mobile. She was the subject of Indybay’s first “Media Workers for Social Change” profile; read it at www.indybay.org/newsitems/2009/11/11/18628398.php.

Tracy also has a distinguished history at KPFA. Among her accomplishments, she worked as KPFA’s program coordinator, then served on the Program Council and was chosen by the council members as their facilitator. Tracy has been a dependable ally of KPFA’s unpaid staff, who produce the majority of the programs.

She was elected to KPFA’s Local Station Board (LSB) by KPFA subscribers in 2007, and reelected in 2010. The local board also chose Tracy to be one of KPFA’s representatives to the Pacifica National Board (PNB), where representatives from the five Pacifica Network stations decide network policies. Tracy was elected to chair the PNB’s Finance Committee, which reviews the stations’ annual budgets.

Under Tracy’s leadership, the committee insisted on balanced budgets from all Pacifica stations – and none too soon: KPFA’s previous management had spent far beyond the station’s revenues for two years in a row, using up nearly all the station’s savings – didn’t they know the economy was in a recession?

To implement the realistic budget and keep the station solvent, Pacifica Executive Director Arlene Engelhardt offered severance packages, which seven staffers took, and then laid off two other staff, using the union seniority list. As a board member, Tracy herself had no power to lay off employees or take other executive actions.

But that’s not stopping the attacks on Tracy. Why do the critics want her out? Is she accused of embezzlement or some other malfeasance? Here’s what the pro-recall web site says:

“Why recall Rosenberg? Pacifica treasurer Tracy Rosenberg has been the principal defender of the current regime at Pacifica, the corporation that owns KPFA.” 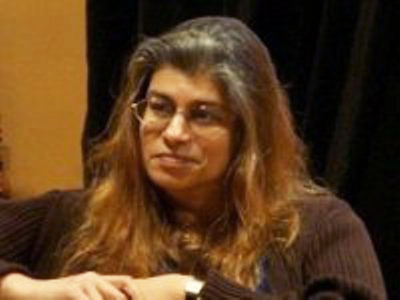 They want to kick Tracy off the KPFA board for working with the current management at Pacifica – with Executive Director Arlene Engelhardt and CFO LaVarn Williams. Tracy’s misdeed has been that she cooperated with the administrators who keep the network running!

By the way, who are “they”? The pro-recall websites list endorsers but not the actual authors of the articles; instead, they hide behind anonymous bylines like “admin” and “kpfaworker.” We can only assume the “they” are followers of the self-proclaimed “Save KPFA” faction on the Local Station Board, aiming to grab another seat on the board by forcing Tracy out.

But the subscribers who vote “no” on the recall will be in much better company: The KPFA community allies urging a “no” vote include former Congresswoman Cynthia McKinney, police-violence critic Mesha Irizarry, Haiti Action Committee member Marilyn Langlois, and Willie and Mary Ratcliff of the Bay View.

See the full list of more than 160 endorsements at www.stopthekpfarecall.org. For more information on the recall and other news about KPFA, visit www.supportkpfa.org.

And, if you’re a KPFA subscriber, be sure to vote – and vote NO on the recall! Your votes can keep a valuable board member on the job and also send a well-deserved rebuke to the anonymous-attack style of politics.

Anthony Fest, a newscaster on the KPFA Weekend News and one of the producers of KPFA’s Morning Mix, can be reached at adf55@yahoo.com.