Jan. 14 – Two days ago, close to 6 in the evening Cuba time, already dark in Haiti due to its geographical location, the TV channels started carrying news that a violent earthquake – of 7.3 intensity in the Richter scale – had severely shaken Port au Prince. The seismic phenomenon had originated at a tectonic fault in the sea only 9.4 miles from the Haitian capital, a city where 80 percent of the population lives in fragile houses built with clay and adobe.

The news continued almost uninterrupted for hours. There were no images but it was said that many stouter constructions like public buildings, hospitals, schools and other facilities had also collapsed. I have read that a 7.3 earthquake equals the energy released by the explosion of 400,000 tons of TNT.

The descriptions were dramatic. In the streets, the wounded cried for medical help surrounded by ruins and their families buried under the debris. But for many hours no one could broadcast any image.

The news took us all by surprise. Rather often we had heard news of hurricanes and large floods in Haiti, but we did not know that our neighbor was threatened by a major earthquake. It surfaced now that 200 years ago a major earthquake had hit that city, which at the time was certainly inhabited by a few thousand people.

At midnight there was still no estimate of the number of victims. Senior U.N. officials and various heads of government spoke of the impressive event and announced that they would be sending rescue brigades. Since MINUSTAH – U.N. international forces – are deployed there, some defense ministers spoke of the possibility of casualties among their personnel. 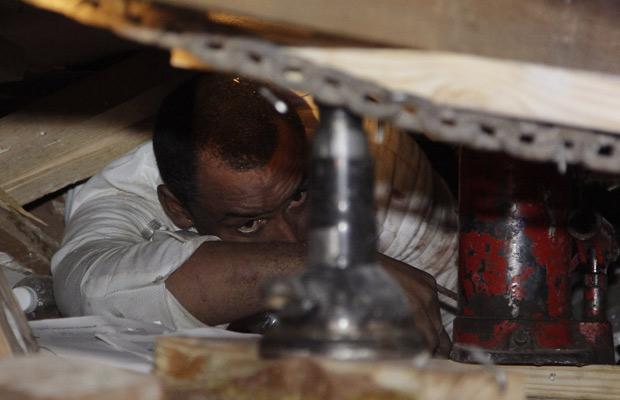 Actually, it was yesterday morning that sad news started flowing in on the high number of human casualties in the population, and even such institutions as the United Nations reported that some of their buildings in that country had collapsed – a word that usually does not say much but that could mean a lot under the circumstances.

For hours increasingly dramatic news of the situation in that country continued to flow uninterrupted with reports of different numbers of dead victims that, depending on which version, fluctuated between 30,000 and 100,000. The images are appalling. Obviously, the catastrophic event has been widely reported all over the world and many governments, sincerely moved, are making efforts to cooperate to the extent of their capabilities.

A lot of people are sincerely touched by the tragedy, especially natural unassuming people, but perhaps few stop to think on why Haiti is such a poor country and why almost 50 percent of its population depends of family remittances. And in this context, would it not be proper to also analyze the reality leading to the current situation of Haiti and its huge suffering?

It is amazing that no one says a word on the fact that Haiti was the first country where 400,000 Africans, enslaved and brought to this land by Europeans, rebelled against 30,000 white owners of sugarcane and coffee plantations and succeeded in making the first great social revolution in our hemisphere.

Pages of insurmountable glory were then written there, where Napoleon’s most outstanding general tasted defeat. Haiti is a complete product of colonialism and imperialism, of more than a century of using its human resources in the hardest labors, of military interventions and the extraction of its wealth.

Such a historic oblivion would not be so grave if it were not because Haiti is an embarrassment in our times, in a world where the exploitation and plundering of the overwhelming majority of people on the planet prevail.

Billions of people in Latin America, Africa and Asia endure similar privation, although probably not all of them in such high proportion as Haiti.

No place on earth should be affected by such situations, even though there are tens of thousands of towns and villages in similar and sometimes worse conditions resulting from an unfair economic and political international order imposed worldwide. The world population is not only threatened by natural catastrophes like that of Haiti, that is but a pale example of what can happen to the planet with climate change – an issue that was the target of mockery, scorn and deception in Copenhagen.

It is fair to say to every country and institution that has sustained the loss of citizens or members to the natural catastrophe in Haiti that we do not doubt that at this point they will make the greatest effort to save human lives and to alleviate the pain of that long-suffering people. They cannot be blamed for the natural phenomenon that has taken place there, even though we disagree with the policy pursued towards Haiti.

But, I must say that I feel it’s high time to seek true and real solutions for that fraternal people. 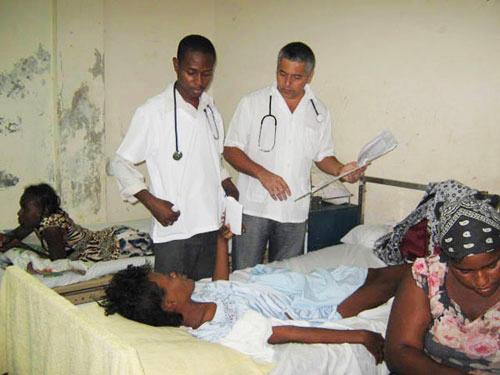 Our doctors are working every day at 227 of the 337 communes of that country. On the other hand, no less than 400 young Haitians have been graduated as medical doctors in our country. They will now work alongside the reinforcement that traveled there yesterday to save lives in that critical situation.

Thus, up to one thousand doctors and healthcare personnel can be mobilized without any special effort; and most are already there willing to cooperate with any other state that wishes to save Haitian lives and rehabilitate the injured.

Another high number of Haitian youths are studying medicine in Cuba.

We also cooperate with the Haitian people in other areas within our capabilities. However, there is no other form of cooperation worthy of the definition but that of struggling in the field of ideas and political action to put an end to the endless tragedy endured by a great number of nations like Haiti.

The head of our medical brigade has informed that “the situation is difficult, but we are already saving lives.” He said this in a brief message sent a few hours after arriving in Port au Prince yesterday with an additional group of doctors.

Late at night he said that the Cuban doctors and the Haitian doctors graduated at the ELAM (Latin American Medical School) were being deployed in the country. At Port au Prince they had cared for over 1,000 patients while urgently commissioning a hospital that had not collapsed and using tents where necessary. They were also preparing to rapidly set up other first-aid centers.

We take wholesome pride in the cooperation that at this tragic hour the Cuban doctors and the young Haitian doctors trained in Cuba are giving their brothers and sisters in Haiti!

This commentary by former Cuban President Fidel Castro Ruz, one of a series known as “Reflections by Comrade Fidel,” was published in the local newspaper of Las Tunas, Cuba, Periodico 26.