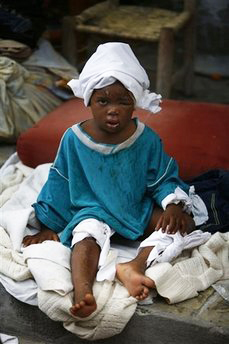 I cannot remain silent in the face of so much racism and disinformation streaming over the mainstream media regarding the ongoing Haitian tragedy.

This 7.0 major earthquake of Jan. 12 and its aftershocks have left in its wake a state of emergency unlike any of us has witnessed in our lifetime – just 700 miles from our East Coast shores.

Upwards of 50,000 people are already counted as deceased, and many more injured and dying for lack of water, food and basic medical care. Estimates are reaching a possible 100,000 deaths, not to mention the devastating destruction of homes and buildings, including the Presidential Palace.

Time is of the essence, yet the international response has been painfully, tragically slow. Would this pace of rescue – where every minute counts in digging people out of the wreckage – have been the case if the earthquake victims were European?

Ignored by most commentators is the truth of Haiti’s historic and ongoing poverty – in classic “blame the victim” coverage. For example, it’s not mentioned that Haitians fought their way out of slavery, expelling the colonial powers of Britain, Spain and France. In fact, Haitians won their war of independence against Napoleon’s crack troops in 1804 and were celebrating their bicentennial when the U.S. kidnapped and exiled (for the second time) their popular President Jean-Bertrand Aristide, who won two landslide victories in internationally monitored elections. The majority of Haitians have demanded his return ever since.

Mainstream reporters describe this U.S.-backed coup as Aristide being ousted by rebels, implying his own people ran him out of the country. They talk about Haitians living on a dollar a day but fail to mention that part of the reason Aristide was attacked involved his attempt to double the minimum wage to about $2.50 a day; or that American factories exploit Haitian workers – underpaid and overworked in sweatshops. An example of such American corporate greed is the case of Disney using Haitian labor to make their garments at 27 cents an hour. Haitians organized and demanded a raise to 50 cents. Disney threatened to move to China (where labor was even cheaper) – and they did.

On his re-election in 2000, Aristide built schools, hospitals and clinics, a medical school to train doctors with help from Cuba, and demanded restitution from France for the main reason Haiti is the poorest country in the West – France’s extortion of (in today’s currency) $21 billion, the total paid to the French between 1925 and 1946 as so-called reparations for the financial losses Frances suffered when slavery ended and their richest, sugar-producing colony was liberated. The guns of Britain, Canada and the U.S. backed France’s robbery. This same quartet continues to occupy Haiti through its U.N. Peacekeepers, a misnomer if ever there were one. Their brutality is well known among Haitians.

Media give undue credit to Bill Clinton in both his former role as president and his current position as U.N. special envoy, a first-time post. While it’s true that Clinton helped pave the way for Aristide’s return in 1994 following massive international pressure, it was not without preconditions that tied Aristide’s hands in solving Haiti’s enormous problems. After all, it was the U.S. that backed the 1991 military coup in the first place. The regime change installed Gen. Raul Cedras who unleashed the death squads on Aristide’s Fanmi Lavalas party and conducted a reign of terror resulting in some 10,000 Haitians dead and countless others maimed.  The U.S. arranged for the general’s asylum in Panama and his golden exile, with impunity for his massive crimes. 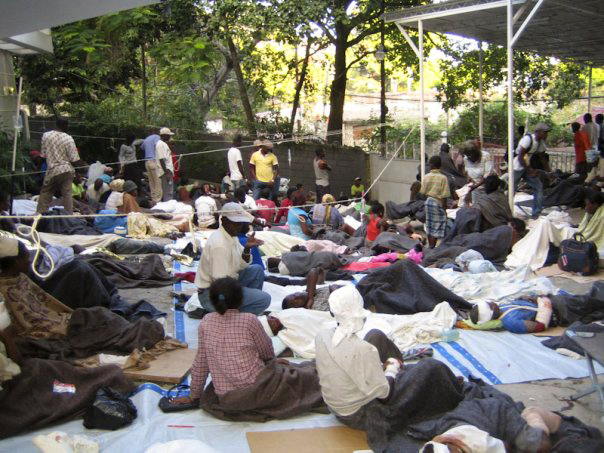 The slow response and the level of aid all point to the kind of racist attitudes we saw during the Katrina tragedy – the devaluing of Black lives.

About this same time of massive death and destruction – the worst quake in 250 years – mainstream media is having a fit about racist comments recorded in a new book about the presidential campaign of 2008. Let s/he who is without racism cast the first stone.

Senate Majority Leader Harry Reid’s statement that a “light-skinned” Black who doesn’t speak a “negro dialect” could win the presidency was simply the truth. Moreover, it helps if he’s male. History’s lessons testify to the preference of Black men over women of any hue. In fact, Sojourner Truth warned Frederick Douglass that if he didn’t stand up for universal suffrage instead of compromising to allow Black men to get the vote without women, it would be a long time before women would have equal voting rights. It took another 50 years, 1870 until 1920! So it was predictable that Hillary couldn’t win over Barack. But I digress.

Just how many dark-skinned Black people do you see in the media? It’s kind of comical to watch light-skinned Blacks along with lighter-skinned whites attacking Reid since they’d be unlikely to have their jobs were they darker skinned. Skin color in color-struck America is nearly always the elephant in the room.

When I was a young woman entering the employment offices of NYC in the late 1950s, early ‘60s, I knew after being hired that I was often breaking the color barrier – finding myself the only colored girl in the company (the spook who sat by the [elevator] door) or one of two or three light-skinned office workers. Those were the days when the generally lighter ethnic groups hadn’t yet replaced us as domestics. Now, as Blacks fill the prisons, we’re seeing a cradle to prison pipeline. And it was just reported this morning (Jan. 15) that African children in America have a 50 percent poverty rate.

So what has changed?

Not much. America and the world are still color struck and racist, refusing to recognize the latest genetic science proving that race is a fiction, a stupid construct. We are one human species that originated in sub-Saharan Africa; our differences are essentially cultural and often political.

If we were to recognize this, we would clearly see that Haitians are among the most vibrant, creatively artistic, socially conscious, courageous and resilient people on the planet Earth.

President Obama has pledged $100 million in aide to Haiti days after its worst disaster ever with a climbing death toll of tens of thousands, severe and life-threatening injuries, incalculable suffering, no infrastructure, no food, water, electricity, shelters or even tents with some 3 million homeless.

True to form, mainstream pundits are praising Obama’s contribution. I was not impressed, so I decided to find out what $100 million will buy, with the help of my assistant, Nedzada.

We discovered that Obama threw a party that cost $50 million more than he’s sending to Haiti. Yup! He spent $150 million on his Inaugural Ball. We also learned the following:

You can also buy a Beverly Hills mansion, a yacht or a painting for more than the relatively meager sum Obama is donating. Obviously, we cannot rely on this government to do the right thing by Haitians in their hour of need. It never has.

So I would implore you to give all you possibly can, making sure you’re getting your contribution to the best possible agents for direct assistance to the Haitian people. I know and have confidence that your money would be well spent with Partners in Health (Paul Farmer’s organization) and Doctors Without Borders, as well as the Haiti Emergency Relief Fund here in the Bay Area.

May the Haitian people turn grief into strength and keep their faith in the people, not governments.

All power to the people.