We be Spirit People

Be strong, Ayiti! Be strong, Afrikans! Sending love, respect and honor to our Afrikan family in Ayiti, the Congo and around the planet – not in honor of their bloody valentine, but in solidarity with those who know it’s time. For too long we have stayed the wind; now let the wind blow, while we Move the Village to Higher Ground. 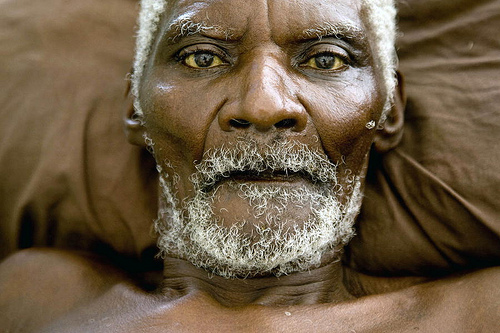 To end the ways of the beast amongst us
Disarm those who harm the very least amongst us
For as much as they do unto these of us
They do also unto the Most High in us
They trigger quakes where most that die is us
Tourists lounging, laughing while they who cry is us
Missionaries come again and again to spy on us

Long before the Ayitians fought back
The ancients taught that
Fiction would be as real as fact
Matter of fact? Fact won’t matter
What matters is that fact would seem to matter

On the surface
But in the belly of the earthquake machines would cause faults on purpose
Purpose being to turn supreme beings to corpses
The same beings who broke France’s back from the backs of horses
Shook their shackles, dealt the West their first free labor losses
Count the costs
Thirty-plus coups d’etat, spiteful embargoes, and French extortion
All designed to keep Ayiti from rising

© All rights 2/13/2010 Rudwaan can be reached through Ezili Danto, at erzilidanto@yahoo.com. 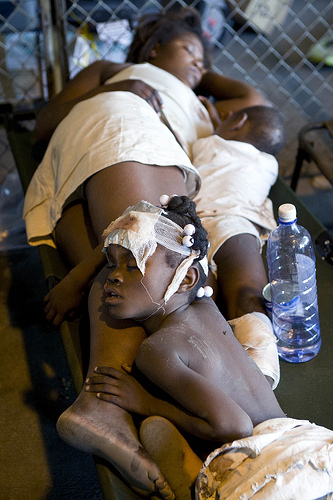 2.
for three hundred years
they have paid
for loving their freedom
as much as they love
their gods

4.
ten thousand bodies buried
in one hole
how large does that hole have to be
how deep?

6.
you say katrina
and i say haiti
you say oh bush
and i say obama
oh bush, obama
katrina, haiti
let’s call the whole thing off

7.
when they dig out the last body
from the rubble
will hope be found
whimpering and covered in dust

8.
i am trapped inside a gaping mouth
riding on a scream
whose name is haiti

devorah major, former poet laureate of San Francisco, can be reached at devmajor@pacbell.net.