Detroit – The family of Tommie Staples Jr., shot to death by Detroit police officers Barron Townsend and Steven Kopp in June 2008, has won a settlement of $2.5 million in their wrongful death lawsuit. The settlement in the federal case, heard in front of U.S. District Judge Arthur Tarnow, was approved by City Council July 27. 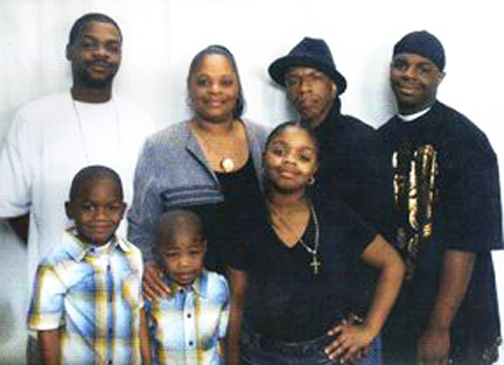 “This is another example of how the Detroit Police Department fails to investigate cases involving the use of excessive force, to reconcile inconsistent evidence and scrutinize officers,” the family’s attorney, David Robinson, said. “No discipline has been brought against these officers for Tommie Staples’ death. It is inexcusable that the department is still non-compliant after seven years of federal oversight.”

Robinson said Staples was shot six to seven times by the officers, including once in the top of the head as he lay on the ground, after the officers first struck him with their car.

Since 2004, the city has settled at least four previous lawsuits, one involving the death of Stephen Crawford, which cite either Townsend, Badge No. 720, or Kopp, Badge No. 1413. According to the city’s court filings in the Staples case, no discipline resulted from those incidents either.

Staples’ companion of 30 years, Jacquelyn Porter, said in a June 29, 2008, Michigan Citizen story, “Police execute unarmed father in alley,” that the couple mentored and advocated for youth in their community, including protecting them from police harassment. Neighborhood youths told the Citizen at the time that Townsend and Kopp had been among those harassing them.

The couple had three children and two grandchildren. Several protests and candlelight vigils were held after Staples’ death.

“As [Staples] was crossing the street, Defendants Kopp and Townsend, without warning, cut off his path, striking him with the police car they were driving,” says the lawsuit. “Defendant Townsend exited the car, shouted at Tommie Staples, and began shooting him without provocation, and without probable cause, and without lawful excuse. Defendants Townsend and Kopp shot Tommie Staples in the back, and killed Tommie Staples, while he was not committing any crime and possessed no weapon and posed no threat of any kind to any person.”

The lawsuit contends that Townsend then placed a gun near Staples’ body in an effort to disguise the murder. It says the officers’ superiors, including a sergeant, lieutenant and then Police Chief Ella Bully-Cummings, participated in the cover-up.

“The video from a nearby bank was totally inconsistent with the officers’ claims that they saw Tommie Staples’ hands under his shirt and that he pointed a gun in their direction,” Robinson said. “His fingerprints were not on the gun, and no blood was discovered on it. This all pointed to it being a plant.”

Robinson’s statements are supported by a letter from the Michigan State Police (MSP) forensics lab included in the court filings. According to the filings, Robinson had to repeatedly request the information from the lab and at several points filed motions for sanctions against the MSP.

The lawsuit cites over 50 specific violations of two federal consent decrees initiated in 2003. Another of Robinson’s clients, Arnetta Grable, initiated proceedings leading to the consent decrees when she met with U.S. Attorney Janet Reno in 2000 regarding the killing of her son, Lamar Grable, and two others by officer Eugene Brown. The Eugene Brown story was broken by The Michigan Citizen in March 2000.

The violations of consent decree provisions cited in the Staples lawsuit include failure to determine whether the officers’ conduct was justified, list the badge numbers of all officers and names of all civilian witnesses at the scene, take photographs of injuries to Staples or the officers, complete investigatory reports and evaluations, document recommendations for disciplinary or corrective action, or conduct and preserve ballistic and crime scene analyses, including gunshot residue and bullet trajectory tests.

According to the lawsuit, Internal Affairs, the Office of the Chief Investigator, the firearms unit and a command-level force review team chaired by the deputy chief supervising Internal Affairs failed to conduct required investigations. It also says that the deputy chief failed to review all firearms discharge and in-custody deaths on an annual basis and report those findings to the chief of police.

Robinson said there has been no decrease in the number of police brutality cases brought to him in recent years, originating from Detroit and elsewhere. He said cases reported from Benton Harbor and Berrien County are particularly numerous.

The offices of Mayor Dave Bing and Wayne County Prosecutor Kym Worthy were contacted for comment on the Staples settlement, but no answer had been received by press time.

Detroit-based journalist Diane Bukowski wrote regularly for the Michigan Citizen for the past decade. She can be reached at diane_bukowski@hotmail.com.

Mumia must live and be free! End the racist death penalty!