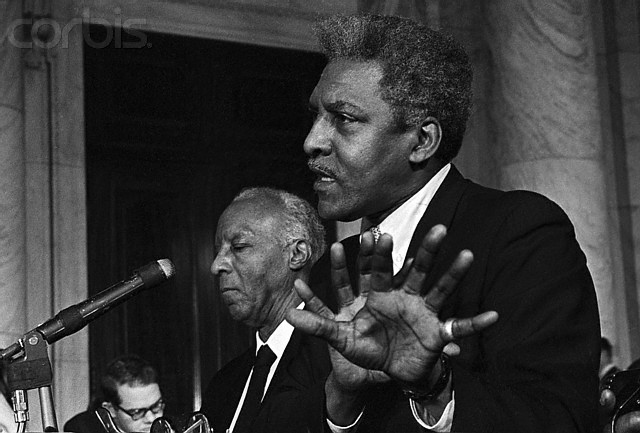 Recently Black Radio Report circulated an article reminding us that the 85th anniversary of the founding of the Brotherhood of Sleeping Car Porters is currently underway.

Those of us on the West Coast also should remember African American rail workers were instrumental in organizing not only the sleeping and chair car porters – chair car porters are never mentioned in this conversation – but the dining car workers as well.

I salute all the tributes and accolades conferred upon our first mostly Black union – Filipinos were also members, as well as women, so, so much for “brotherhood.” However, as a former member of the Brotherhood of Sleeping Car Porters who worked in the Colorado Division of the Santa Fe Railroad out of Albuquerque, New Mexico, I have to admit it gets a little tiresome reading constant and continual incorrect references to the Pullman Porters Union and never any holistic political assessment to the political stances of A. Philip Randolph and the acolyte who sat at his right hand, Bayard Rustin.

George Pullman, the founder of the Pullman Car Co., was a racist who sent his agents throughout the post-bellum South hiring formerly enslaved Blacks to work on his Pullman cars. Ingeniously, he made a specialty of hiring the darkest skinned Blacks available. He wanted the class distinctions to be as stark as possible and thought the darkest Blacks would be the most grateful for the job and cause the fewest labor problems. His thinking proved accurate for a time.

He then leased the cars along with the brainwashed Black workers, whom he encouraged to kowtow to the white customers, to the various railroad companies as complete packages. But there were other Black workers throughout the trains and these workers completed the membership of the Brotherhood of Sleeping Car Porters.

Additionally, and almost completely ignored by history is the role of Ishmael Flory, a University of California, Berkeley, graduate, who almost single handedly and working out of Oakland organized the cooks and waiters on the railroads. Later his union moved him to Chicago, where for the remainder of his life he led radical causes.

I particularly mention Ishmael Flory because his skills and politics as an organizer were at least equal to those of Rustin. However, because Flory never accepted right wing social democracy, historians have diminished his role and pumped up the legacy of Randolph and Rustin.

What am I talking about here?

When it came to domestic politics, Randolph and Rustin were on the mark most of the time, fighting for equal rights, civil rights and most of all jobs – but they only conducted these struggles within the parameters of being perceived as good Americans. Beyond the borders and shores of America, they were virulent defenders of colonialism and capitalism. 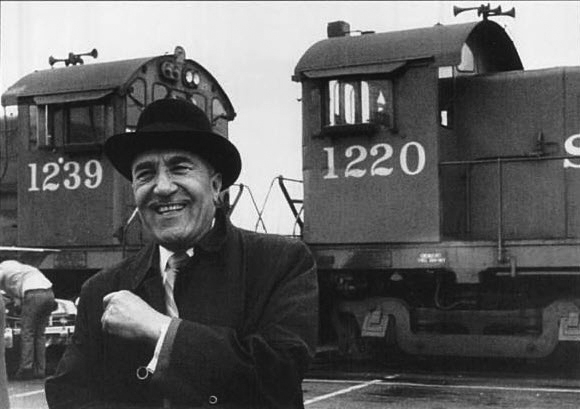 That is why Randolph and Rustin kept the “Brotherhood” securely within the confines of the old AFL (American Federal of Labor), the bedrock pillar of white supremacy within the U.S. labor movement. Someone once asked C.L Dellums, an executive of the Brotherhood, “Why does the old man (Randolph) keep us in the AFL. Why don’t we join (the more progressive) CIO?” “I wish I knew,” Dellums said.

Well, today the answer is quite obvious. The CIO admitted communists to their ranks and encouraged leftism. Despite being former radicals themselves, Randolph and Rustin had had the fear of God injected into them when they realized the government might attempt to put them in prison or worse foreclose, especially in Randolph’s case, on their comfortable lifetstyle.

Predictably they became devout right wing social democrats willing, no eager, to throw people like Ish Flory, William Patterson, Paul Robeson, W.E.B. DuBois and all their other former comrades under the bus of “good Americanism.” (As long as I’m in the mood to trash revered Black icons, let me add that it was just these kinds of anti-leftist sentiments that convinced Thurgood Marshall he should become an informant for the FBI, that it was his duty to let the Feds know what the Reds were up to.)

At no point did Randolph or Rustin ever denounce the war in Viet Nam. In the mid-1970s I was at a breakfast of labor leaders at the old Jack Tar Hotel in San Francisco. Even though I was just a worker at the hotel, I hung around to hear what keynote speaker Rustin had to say. 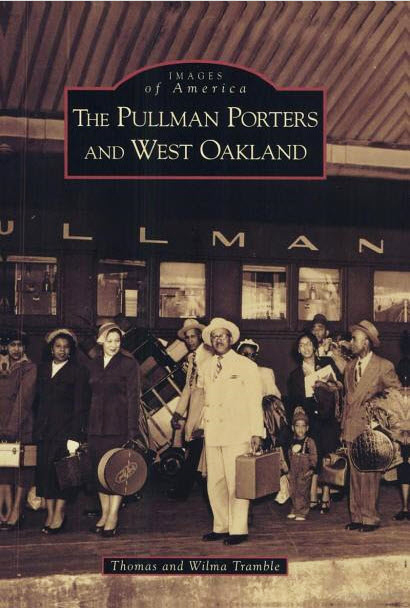 The salient points of his talk that morning were a spirited defense of Israel and a pooh-poohing of the liberation movements in Africa and especially of the, in his mind, quixotic notion of freedom in South Africa. Oh, apartheid should end, but any possibility of it happening in our lifetime, forget it, he told his appreciative audience.

Ishmael Flory, on the other hand, and other of his generational and political comrades, including Claude Lightfoot and Roscoe Procter, were traveling the country, speaking at campuses telling Black students it was “their duty” to help fund and ARM the liberation movements. No wonder most have never heard of these long forgotten warriors.

Shamefully, many on the Left were disrespectful as well. When the 1973 Sixth Pan Africa conference was organized in Tanzania, mostly by African Americans, African American organizers conspired and did their damnedest to prevent Ish and his young protégé, Tony Monteiro, from attending or receiving credentials to the conference. The woman who headed the credential committee bragged about her role in the pages of the Black Scholar magazine not long ago. Pitiful, just pitiful.

But despite the darkness surrounding the union leadership, I have to say that pound for pound my job on the railroads and with the union was one of the best paying jobs I ever had. The union was forced to accept segregation where it existed. For instance, if we worked from New Mexico to Dodge City, Kansas, the white workers on the crew spent the night in the Kit Carson Hotel, the bill for which the company paid. No such luck for us Blacks. Our luck allowed us to enjoy the luxury of the basement of the train station, with its one electric light bulb. The Santa Fe allowed us to take sheets and blankets off the train for the old rusty bunks we slept on and got upset if we forgot to return them.

But let’s not forget that Randolph, Rustin and the Brotherhood of Sleeping Car Porters did much to help create a Black middle class in the U.S. and for that they are owed much credit. But I’m never one for sweeping the dark side under the rug. 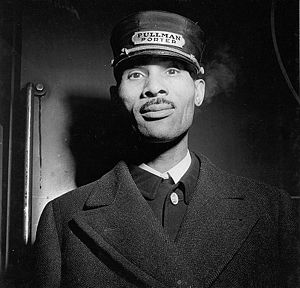 “Miles of Smiles, Years of Struggle” is the title of a one hour documentary film honoring the porters and being released for home video on this 85th anniversary of the founding of the Brotherhood. The film is based on interviews with eight porters and is narrated by Rosina Tucker, the 100-year-old wife of a porter.

The New York Times wrote of the film, winner of four regional Emmy Awards, “One hundred years of history is spanned in an enlightening portrait of admirable dignity.” The film is available from Paul Wagner Films, www.paulwagnerfilms.com. 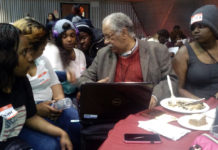