“Trust no one in whom the desire to punish is strong.” – Fyodor Dostoevsky 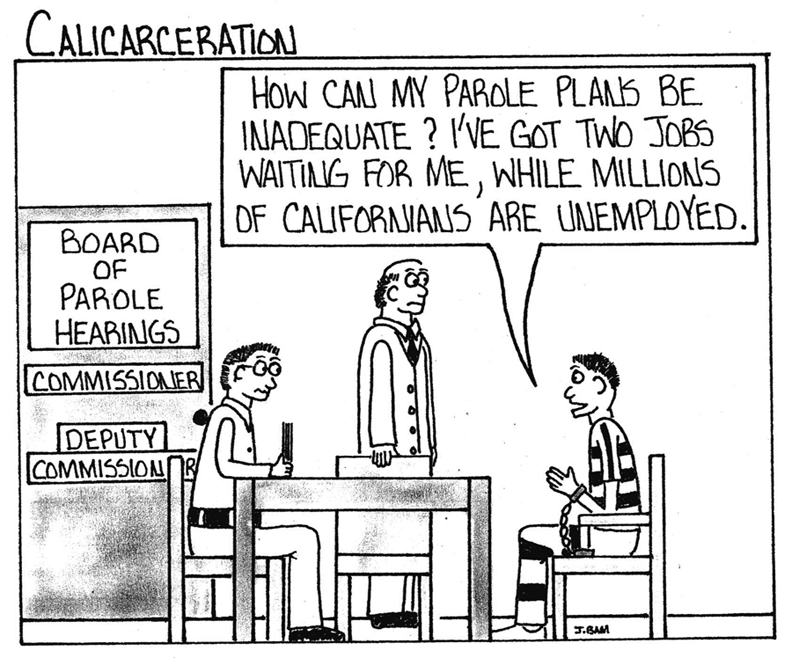 I’ve been corresponding with prisoners since 1970, shortly after joining the Black Panther Party in 1969. At that stage of the struggle, the ‘70s, I was writing so many prisoners I had to keep files and carbon copies so as not to get mixed up with who said what. There were fierce arguments being waged regarding individual leaders, strategies and tactics, and ideology. I was also able to keep various political prisoners in touch with one another when they were transferred to different gulags in separation.

Recently, after a picture of “Pat” (my birth name) with Huey Newton and Charles Garry surfaced, one of the brothers I wrote and visited during the ‘70s saw it in another prisoner’s Bay View newspaper and sent me a kite via the SF Bay View. His name is Arthur Anderson, aka Andy or Frelimo. He was in the San Quentin AC (Adjustment Center) on Aug. 21, 1971, when George Jackson was killed. It grieved me to learn he’s been down 47 years and was just denied parole for three more. Here’s some of what he said:

“And well for the last (30) some years I have been in war zones and I had to keep the oppressors knives out my back and to help protect some of these ndugos up in there who didn’t have the heart to protect themselves. And so I got caught up … and when I was at Folsom and the Mex M. came to serve me … his ass got served. And that’s what I got the other 9 years to life for, they stretched me out on that one…. To defend ones self when you’re being attacked and you’re given 9 years to life for assault … How do you justify keeping a human being locked up and away from society for 47 years? … And now for the past 17 years I have been involved with a program here and in another prison called convicts reaching out to people, CROP (a mentoring program for youth).”

When I told Yogi, (Hugo Pinell) that I heard from Frelimo, he said, “Of course I remember him and love him a lot … I’m so glad you’re in touch…. I hope he is in good health and holding on strongly. My best to him and his family and all other true loved ones.”

As many of you know, Yogi has been in Pelican Bay’s torture chamber known as SHU (Security Housing Unit) for over 20 years, in prison for nearly 46 years, most in solitary. He was one of George Jackson’s closest comrades and one of the San Quentin 6 who was convicted of assault and is repeatedly denied parole despite having clean time since 1985.

Terry Collins also writes to Yogi, and he wanted to share some of his last letter: 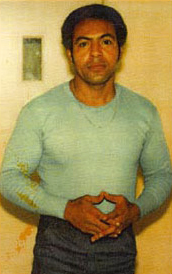 “Greetings Brother Terry, Best of love, care and health to you and family…. Terry, my first 2 or 3 years in here I had to do. I did something really wrong and shameful in Oct. 1964 and I turned myself in. I explained what I did and wanted to plead guilty and start my time, but they started talking about deals.… And the case was prolonged because I didn’t want to go for their deals. In January of 1965, after allowed to talk with my mom about it, I accepted their deal and was given 18 months in the CDC … I was 19…. The first 2 years were bad. In Tracy and Soledad, most of us in our late teens and early 20s got caught up in the racial violence, the reputation status and so much b.s., Dracula was feasting and gradually converting us, but this was on me, too, because I committed that crime in 1964. Then, in March 1967, they put me on a bus, said I was going to San Quentin?! One of the most notorious max factories in the states, so I expected worse experiences and negative effects. Instead, the freedom struggle was in motion, thanks to some Beautiful Brothers. One of them, W.L. [Nolen], with whom I came in contact right away … and my mind, my energies and ways began to change for the better, and tho I’ve experienced hard, low and stagnant times, I’ve continued to grow better and better?? Because I met some beautiful individuals who were in the business of human evolvement and contributing towards the building of a new ‘beautiful’ world in which all people will live in true freedom, harmony and peace. Yes, they were into Black Consciousness, Black Unity, Black Power, Self Reliant Principles of living, but they were very aware of the fact that the new world had to be built by all people. I know because we would have conversations about that new world, about liberation and about humanity.

“But, of course, the focus and main concern was on Black People. We had Black history literature and it was important to learn and understand as much of that history as possible. How things were set up for us to fall into so many traps, including these max custody factories, so what to do about Blacks in the CDC? W.L. said we had to really study, wake up, grow up, get ourselves together and prepare to return home as New Men who will work hard with our people to get with the business of self evolvement and the business of real changes and our way to freedom. W.L. … had changed so much from his hard core mad ways that I felt his impact. He was so serious about transforming and being in our struggle that he led by example. Plus, he understood my situation and gave me literature and notes that explained how our ancestors had suffered similar experiences and how Dracula was causing us graver damage to the present.

“I began to study hard and getting myself together in 1967, and should have been released in 1968, but they have come down brutally hard on me for 42 of the 45+ years, for taking control of my mind, my life, and for living on our freedom road. So, 42 years for wanting to be free it’s a horrible ordeal to experience, but you and I know who we’re dealing with. In the 1960s, we used to refer to these oppressors as the man, remember? The man this, the man that. And, oh, my brother, the horrors they were committing then. But that man has become a full grown monster, and growing worse by the day, and the horrors against humanity are so excruciatingly painful that my situation seems so minimal. If it weren’t for the fact that every life is precious and it counts, my situation would be almost non-existent., for I understand and I’ve taken great care of myself to deal with Dracula. That’s why I don’t complain, Terry, nor bother anyone. I’ll continue to resist, to keep on pushing, evolving, and transcending.

“It is why I give you, Kiilu, Yuri, and a few others, so much credit and care, for you’ve been in the struggle for all these years, in a much more complicated and demanding environment, and you keep speaking out, standing up for the people, for us, for real issues. No matter the results, your voices, efforts and free energies keep alive our visions and struggle for liberation. You give me extra strength to keep on growing, building the New Man, of that future new free world. Take great care of yourself, in everyway, and keep using your consciousness, your best energies and best emotions to keep growing a much more compassionate, kinder and more together human being. We haven’t saw the worst of Dracula, but they haven’t saw the best of us. We have to keep evolving, Terry, to avoid any form of complicity with Dracula and to find out how personally ‘free’ we can become, in our times, before we physically pass on. Dracula is so venomous and rotten inside, they might self destruct, or give in to the health, positive and compassionate energies of the righteous and transform. 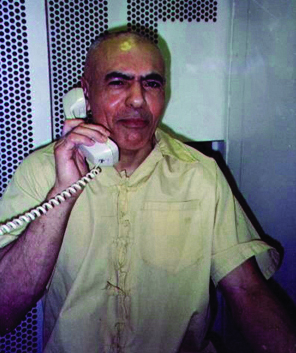 “Sure, I miss not being there, the human contact, but my Mom, my family, my true loved ones, people like you, have extended me so much love and warmth, to live in me and help me keep growing. Know that everyday I’m sending the best of my emotions and energies to keep you company and to help keep you pushing and growing. For real, take good care of your health and feel like 73 is very young still. Thank you for thinking of me and wanting to be my friend. Keep freeing your mind, emotions and energies. Monster can have the physical only. In life and struggle, we are together. Venceremos! Hugo”

In a recent letter to me, Yogi wrote about the passing of Marilyn Buck:

“I did receive your general letter with the photo of you surrounded by all those beautiful youngsters. In that letter, you also let it be known of Marilyn’s passing. I’ll never get used to death and dying and when it happens to our freedom servants, I do mourn quietly and shortly, then I celebrate their lives and times because I know that their free energies will live on in us and in the world. Also, I learnt that in the way we live and keep growing reflect what their lives were/are all about, because they really are always with us, so it is all in the living.

“However, upon getting the news of Marilyn from you, I was jolted with so many emotions and I couldn’t respond, so I shut down…

“The powerful and mixed emotions I felt when you let me know of Marilyn’s passing, that I know how hard it is to maintain a clean bill of health in these max confined SHUs because you can’t really get the health care and attention you warrant and deserve even if regular check ups are kept by medical staff.”

You can learn more about Yogi here: www.hugopinell.org.

Let’s begin a campaign for amnesty for the release of all prisoners who have served 25 years or more in these gulags and pose no threat to society.

Power to the People! Venceremos!

Kiilu Nyasha, Black Panther veteran, revolutionary journalist and Bay View columnist, blogs at The Official Website of Kiilu Nyasha, http://kiilunyasha.blogspot.com/, where episodes of her TV talk show, Freedom Is a Constant Struggle, along with her essays are posted. She can be reached at Kiilu2@sbcglobal.net. Terry Collins is the president of one of the few remaining Black radio stations in the country, KPOO 89.5 FM in San Francisco (www.KPOO.com). He hosts a weekly two-hour program on Tuesdays, 10 p.m.-12 a.m. PST. It’s a powerful mix of music, commentary and interviews.