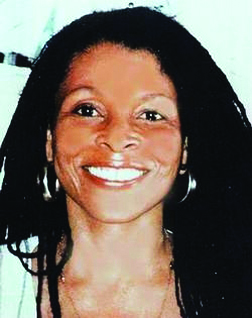 They don’t tell you about Nat Turner, who was a New Afrikan revoluntionary – maybe the first, although not the first rebellious slave. What this Afrikan did was not only correct, his actions inspired other Afrikans that it’s a chance at freedom and what these evil people were doing to their people was wrong. This man sacrificed his life so that we could be free.

Our people have been struggling against oppression since we were brought to Amerikkka by force, and the descendants will continue to struggle until we get full rights as citizens in this kkkountry. Asa Philip Randolph said it best: “Salvation for a race, nation or class must come from within. Freedom is never granted; it is won. Justice is never given; it is exacted. Freedom and justice must be struggled for by the oppressed of all lands and races, and the struggle must be continuous, for freedom is never a final fact, but a continuing evolving process to higher and higher levels of human, social, economic, political and religious relationships.”

So this freedom we want must be taken, because the enemy of us all will never give you and I anything, so therefore we must take it. That’s all we want is a share of what we deserve. We don’t want their education to make it in Amerikkka; we built Amerikkka, and we should be able to live equally as of right. Slavery made them rich, and half of everything they got should be ours.

Black History Month wouldn’t be so bad if the truth was told about our people and their people, who committed unspeakable crimes. I’m not writing here about the gatherings we have educating our children and people about our ancestors in the month of February. I’m talking about the media who have been portraying Afrikans in Amerikkka in a negative way and limiting our true history in this month.

Let’s not fool ourselves: This kkkountry is still a racist one in which most whites are participants. The only thing they want for you and I is death and destruction, also prison.

So therefore, the only thing the enemy wants is the demise of you and I. Just look at our brothers and sisters over there in Haiti, hit by this earthquake. About 10 missionaries kidnapped and was going to sell young children into slavery. This is not a shock to me; this is what they do. Their behavior has been like this in the past, and it’s still like that at the present.

We don’t hear about a lot of things they do to our people because they usually get away with it, and it continues without us knowing. And these evil beings done something that was reminiscent, which is use the Bible. Malcolm X told us, “Every country the white man conquered with the gun, he has always paved the way and salvaged his conscience by carrying the Bible and using it to justify his dominance and destruction.” In this case they didn’t use the gun, but they used the Bible. They were preaching in the jail cell. They have been angry with Haiti since Toussaint L’Ouverture defeated the army of one of their greats, Napoleon.

Our history is all over the world – before Amerikkka. And as the enemy displays our history on this month, most of our children will think or believe that Black History Month is just about King. In fact, they don’t even tell the truth about their role in the assassination of Dr. King. But the truth of the matter is this government continues to effectively whitewash its own role in the assassination of one of Amerikkka’s most well-known Black political and religious leaders, whose memory it pretends to respect and promote.

These Souljahs and Souljahrettes struggled for you and I, and some are still fighting for the rights and total freedom for Afrikans in Amerikkka and the world. This is what Black History Month is about. And the truth is what Amerikkka’s racist media institutions don’t want you to know.

We were great people who built empires, pyramids and started civilization. And we are still great – but suffering from a lack of knowledge, which makes us believe that we never made contributions to the world, and that’s why the white power structure media don’t want to show you and I the true history and greatness of the Afrikan people all over the world.

Black History Month is every month and day. So I end this letter to the people with peace and love.

Rock the vote! Rock the boat!