“The police in our community occupy our area, our community, as a foreign troop occupies territory. And the police are in our community not to promote our welfare or our security or our safety, but they are there to contain us, to brutalize us and murder us.” – Huey P. Newton, co-founder and minister of defense of the Black Panther Party 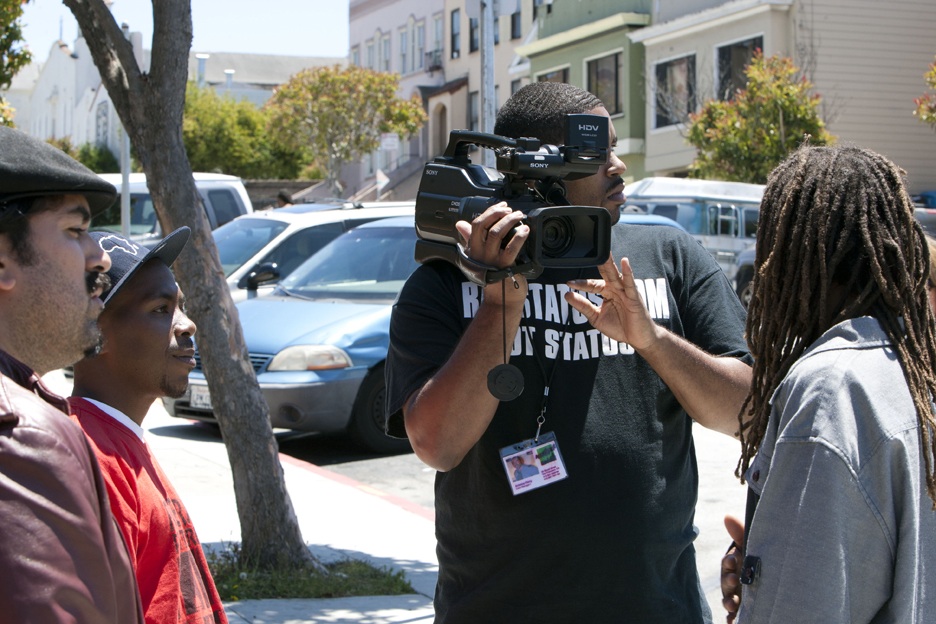 The Oscar Grant Movement was a great moment in the history of Bay Area politics, where the people stood up consistently for two years against police terrorism. The problem is that over that time the state figured out ways to water down the strong message of “Stop killing our people,” “Stop state-sponsored terrorism,” “BART should be free to the low income.” Some people became friends with individual police officers, some were paid off with contracts and grants, others were just happy to emotionally yell “fuck the police” in the mic and look important and get their photo taken.

To put it bluntly, the movement that tore up downtown Oakland on numerous occasions and forced the city to bring in the National Guard and indict one of the officers involved was not an activist movement. It was the Black and the Brown youngstas from the ghetto and the white anarchists who put the flames to the jewel of Oakland and secured this miniscule victory of killer cop Johannes Mehserle serving 11 months.

A little more than a week ago, Kenneth Harding was murdered on Third Street, the heart of Bayview Hunters Point, the last Black community in San Francisco. It is essential that the hood remain a part of the organizing, no matter the cost, because these are the lives who are most at risk of being extinguished by the gangster force of the San Francisco Police Department, as well as these are the people with the least vested interest in the status quo.

We must establish points of unity as soon as possible. One of the points should be that San Francisco residents need a police citizen review board with the teeth to fire and indict officers in the same way that a grand jury can indict. Two, since Kenneth Harding was murdered by the police behind evading a $2 Muni fare, Muni and BART should be free to low income residents and students struggling through the depression in the Black community – especially since hundreds of millions of dollars over the last decade have been invested into Hunters Point, starting with the construction of the Muni light rail track and stations up and down Third Street and the rebuilding of the Bayview Library.

Ultimately we need a revolutionary solution to these problems that have been plaguing our communities since the end of chattel slavery. This particular struggle is one more step to bringing our community into that type of consciousness where we demand – not beg, ask, protest or petition. We have to get to a point where we refuse to be pushed anymore and where we will sacrifice our lives to beat these dogs off of us.

The city has refused to give Black contractors that live in Hunters Point the contracts and has allowed for the non-Black construction companies to discriminate against hiring people from the community for the higher paying construction jobs like working the big machinery. We should have shut down their construction sites until they contracted and hired us, but we didn’t for whatever reason.

If you throw the problems of constant police terrorism and killings, gang injunctions, a poisonous environment that the city and military refuses to clean up, foreclosures, red-lining banks, the refusal of the city to contract residents to build up our own communities, the refusal of the city to offer any meaningful employment, high dropout rates, underfunded colonial schools that don’t teach a knowledge of self, constant access to low grade food, guns, drugs, cigarettes and alcohol, then you can see the City’s plan for the last Black community in Frisco, which can be summed up in one word: GENOCIDE.

Hunters Point has stood up to the Lennar Corp. and the City about the shipyard. It is time to expand that movement to include police terrorism, put new energy into it, and claim our right to live and not be wantonly killed.

All Power to the Oppressed People! Hunters Point, Stand Up!