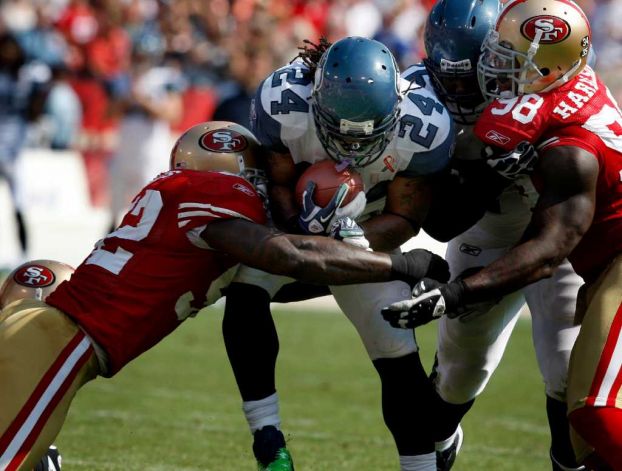 LaHitz goes to the 49ers season opener on Sept. 11. There we discuss the game, playoff hopes, peace, 9/11 and conditions around the stadium.

The sun is shining bright and it is a “good day in the neighborhood,” says Kevin Epps, filmmaker of “Straight Out of Hunters Point” I and II, which is coming out soon. There is a sense of skepticism in the air because it is 9/11/11, 10 years after the bombings in the USA.

Many commemorative events are planned around the world and five here in San Francisco that I know about. The World Champion San Francisco Giants are playing at AT&T Park and an event to acknowledge 9/11 is going on before the game.

At Candlestick Park, the San Francisco 49ers are kicking off their season playing the Seattle Seahawks and they also are holding an event to acknowledge 9/11.

My question is simple: “Are we any closer to peace?” Watch the video and see what people are saying.

Bay Area-based media maker Jac Taliaferro of LaHitz Media can be reached at (415) 821-1111 or lahitzdigitaltv@gmail.com.