Prisoner threatened with re-validation – i.e. many more years in SHU – for being a Bay View subscriber 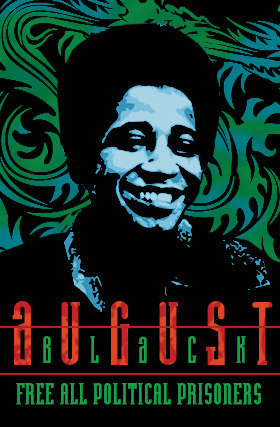 Written Nov. 1, 2011 – About two weeks ago, the IGI (Institutional Gang Investigator) searched my cell in SHU and confiscated my Bay View newspapers, saying they are contraband if any articles speak on George Jackson or Black August.

I was told that Mr. (George) Jackson is the co-founder of BGF (Black Guerrilla Family). I was shocked at the statement and told them it is a coincidence that the confiscated October issue contains an article contradicting that belief. They said Mr. Jackson being co-founder has been “proven” in court.

a) I don’t know facts, as I have never been affiliated and know little to nothing about any prison organizations;

b) I should not be penalized for a newspaper article(s).

They advised me not to receive the newspaper. That was a retarded advisement, I said.

While I am not affiliated with any type of gangs, I am constantly persecuted and penalized merely for being Afrikan, Africentric and having an Afrikan name. And for studying Afrikan culture and events.

So you might want to advise your readers who are in prison of the consequences of reading and possessing a newspaper. As for me, I am not deterred. Continue my newspapers.

The first round of the California prison hunger strike was ended by leaders at Pelican Bay when CDCR Undersecretary Scott Kernan made a good faith promise that the validation and debriefing policies would be reviewed. Although more substantial promises were made following the second round of the strike, from Sept. 26 to Oct. 13, still none of the five demands have been met and it’s up to the public to continue to pressure the CDCR and Gov. Jerry Brown to take action and meet these demands.

The California Department of Corrections and Rehabilitation (CDCR) has identified prison gangs as a serious threat to the safety and security of California prisons. To respond to this safety concern, the CDCR has developed a system of “gang validation” to seek, identify and validate suspected gang members and associates and to separate them from the general population by housing them in Security Housing Units (SHU).

It is important to note that the CDCR distinguishes between street gangs and prison gangs. The members of street gangs mostly self-identify as gang members or affiliates upon entering the prison for general classification and placement purposes. The demographics and numbers of these members often reflect the demographic of the members in the streets.

The prison gang members, on the other hand, are usually sought out, identified and validated by the prison’s Institutional Gang Investigator (IGI). Their validation as prison gang members is often not the result of actual gang activity, but rather the IGI’s investigation of their property and surveillance of their correspondence. Based on these materials, the validated gang members and associates are preemptively put in SHU for an indefinite period as an administrative measure to prevent “actual” gang activity. The CDCR has identified five organizations that it recognizes as prison gangs: Mexican Mafia, Nuestra Familia, Black Guerrilla Family, Aryan Brotherhood and Nazi Low Riders.

In order for someone in prison to be validated as a member or associate of a prison gang, the gang investigator must complete a gang validation package for the inmate documenting three independent sources of evidence that are believed to show gang association or membership. These sources can include any admissions, tattoos, symbols, photographs, books, newsletters and other written and verbal communications including legal documents. ((15 CCR §3378(c)(8): This section of the statute itemizes the sources that can be used to determine gang identification; however, the code as written is over-broad because it fails to codify the terms of the Castillo settlement, especially the provision regarding actual gang activity versus status.))

An inmate can be validated as a prison gang member, associate or dropout for the mere possession of any of the above mentioned items, if the prison administrators determine the items are evidence of gang membership. Once a person is validated as a gang member or associate, the Office of Correctional Safety must also determine whether that person is “active” or “inactive” before he is assigned to the SHU. Unfortunately, as the hunger strikers assert in their second demand, this requirement is virtually ignored by CDCR, resulting in many inmates being assigned in SHU indefinitely without being involved in any gang activity.

Once a person is validated as a gang member or associate, the Office of Correctional Safety must also determine whether that person is “active” or “inactive” before he is assigned to the SHU. Unfortunately, as the hunger strikers assert in their second demand, this requirement is virtually ignored by CDCR, resulting in many inmates being assigned in SHU indefinitely without being involved in any gang activity.

I recently read a case in which the court upheld an inmate’s validation as a member of the Black Guerrilla Family based on his possession of a piece of paper with the contact information of Hugo Pinell, a book by George Jackson, an audio CD outlining the life and ideology of George Jackson, a flyer promoting a 2005 Black August community event in Oakland and a newspaper article explaining the meaning of Black August. ((In re Furnace, 185 Cal. App. 4th 649, 666 (Cal. App. 5th Dist. 2010).))

I thought about how likely it would be for me or a number of people I knew to have those materials at any time. I was assigned George Jackson’s books in college and they are still sitting on my shelf. An issue of the Prison Focus newsletter containing an article on Black August was in my bag for weeks when it was released.

In fact, it wouldn’t be an incredibly surprising discovery to find all five of those source items in the backpack of a college student in any major city in the country. In that context, possession of these materials could by no stretch of the imagination be considered a legitimate or reasonable reason to suspect gang membership.

However, if the person happens to be a Black man and happens to be in a California prison, he could easily be validated as a member of a prison gang and given an indeterminate sentence in a SHU facility as an “administrative measure” without any finding of actual gang activity.

Once prisoners are validated and assigned to the SHU, they are generally kept there until they parole, debrief or die. The CDCR allows inmates the option of “debriefing” for the opportunity to be verified as a gang dropout and be released from SHU. To debrief, a validated gang member must participate in an interview with the Institutional Gang Investigator (IGI) and tell the IGI everything he knows about the gang, its members and its activities.

This is especially problematic for inmates who are validated without any finding of actual gang activity because they are often not actually members of a prison gang and don’t have truthful information to offer about the gang. Therefore, either the inmate can never debrief because he doesn’t have any information to give to the IGI or the inmate can misinform the IGI with anything he can muster with hopes of being released from the SHU.

Inmates who are validated without any finding of actual gang activity are often not actually members of a prison gang and don’t have truthful information to offer about the gang. Therefore, either the inmate can never debrief because he doesn’t have any information to give to the IGI or the inmate can misinform the IGI with anything he can muster with hopes of being released from the SHU.

Any information given to the IGI by inmates who are debriefing can be used to validate other inmates as gang members. This results in the use of potentially invalid testimony obtained under the extremely coercive debriefing process as “evidence” in the validation of another inmate.

Even when inmates complete the debriefing interview with the IGI, they are not guaranteed release from the SHU. The decision remains open to the discretion of the IGI.

Inmates take a serious risk if they choose to debrief. They may face retaliation by other inmates for providing information to the IGI and they may be putting other inmates in danger of being improperly validated by providing false information during the coercive debriefing process.

Unlike some of the other demands, the internal policies regarding gang validation can be immediately changed within the CDCR without requiring funding or legislation, but they won’t do it on their own. We have to continue putting pressure on the CDCR by exposing their inhuman practices and calling on Gov. Brown to intervene.

This story was published July 27, 2011, under the headline, “Prison Hunger Strike: The Struggle Continues.” The introduction has been modified slightly to bring it up to date. Azadeh Zohrabi is co-editor-in-chief at Hastings Race and Poverty Law Journal, spent the summer of 2011 as an intern at the Ella Baker Center, where she wrote this analysis, and appeared as a panelist, with Dennis Cunningham, one of the original Attica attorneys, and Manuel La Fontaine of All of Us or None, at the commemoration of the 40th anniversary of the Attica Prison Rebellion held in San Francisco on Sept. 9, 2011, to connect the dots between Attica and the recent California prison hunger strikes. She graduated from UC Riverside in 2008 with a degree in African Diasporic Studies and Critical Ethnic Studies. She can be reached through Facebook at http://facebook.com/azadehx.

Forty years ago, George Jackson was killed by prison guards in San Quentin Prison. Bob Dylan wrote this song upon hearing the news. Here are the lyrics:

I woke up this mornin’
There were tears in my bed
They killed a man I really loved
Shot him through the head
Lord, Lord
They cut George Jackson down
Lord, Lord
They laid him in the ground

Sent him off to prison
For a 70-dollar robbery
Closed the door behind him
And they threw away the key
Lord, Lord
They cut George Jackson down
Lord, Lord
They laid him in the ground

Prison guards, they cursed him
As they watched him from above
But they were frightened of his power
They were scared of his love.
Lord, Lord,
So they cut George Jackson down.
Lord, Lord,
They laid him in the ground.