‘The Adventures of Sasha and Malia at the White House’ by Carol Francois and P Segal with illustrations by Jay Mazhar (New Vision Works: 47 pages; $23.99 in hard cover, $14.99 in soft cover)

When I was young, two little girls, Princesses Margaret and Elizabeth, lived in Buckingham Palace. Today, two little girls – two little Black girls – Sasha and Malia, live in the White House. Then and now, the daydreams of children everywhere are animated by imagining the sisters’ adventures in their grand homes made magical by the power wielded there by their father – the king or the president.

In the delightful new book, “The Adventures of Sasha and Malia at the White House,” author Carol Francois and co-author P Segal have woven an intricate tale that will indelibly imprint important lessons in Black history on young minds. The story “came to me in a dream one night,” writes Francois in the preface. “I decided to publish this book because young people are not always taught about racism, slavery and the unpleasant parts of American’s past. I realized that children growing up today might think that because we have a Black president, such opportunities might have always existed for people of color in this country.” 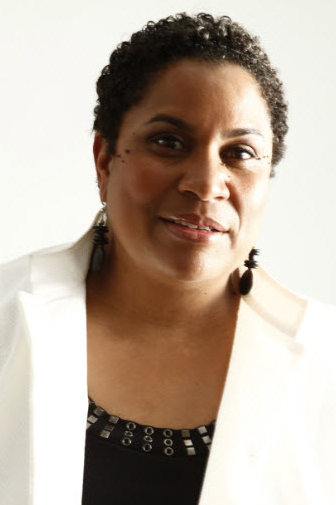 Concluding the preface, she adds, “It was because of courageous leaders such as Frederick Douglass, Martin Luther King Jr., Malcolm X, Shirley Chisholm, Barbara Jordan and even my own father, the late Terry A. Francois, that people of color have been able to manifest the great works that they were destined to achieve.” In an author’s note at the end of the book, prompted by friends who “were curious as to which parts were actually true,” she explains: “Hosiah is a fictional character that has an uncanny resemblance to my own father, Terry A. Francois, who was the first African American to serve on the Board of Supervisors in San Francisco.”

We meet Sasha and Malia as they move in and explore “one of the biggest houses in the world” and play with Bo, their long awaited puppy. Their adventure begins with Bo and leads them through a section of library shelving that opens into a passageway through time – more than a century in the past, where they meet Hosiah.

Carol Francois weaves the painful truth and ever present danger of being Black in America into the adventure story without mincing words. “’In your time, Sasha and Malia,’ Hosiah explains, ‘there are no slaves in America. In these times, Frederick (Douglass) and (his son) Charles and I are among the very few Black people who aren’t slaves. We are free men. But the mean Jebediah can’t tell the difference between a very educated free man, who is Black, and a runaway slave. He thinks that he can find a slaveholder who owns Frederick and collect a lot of money for returning a runaway.’”

The book, which is just right for children in Grades 2-4, will fascinate, not frighten them. Whether it’s read to them or they read it themselves, it’s sure to spark questions and conversations about the role of race in America’s past and present. Identifying with the little sisters, who come alive off the pages with all the foibles of real children plus uncommon courage, will help children imagine how life might have been for them in “slavery times” and the role they can play in the struggle for racial justice today.

As a child, I loved stories with child heroes – children brave enough change history. Hosiah’s assignment to Sasha and Malia is just that. “’If you don’t do it,’ Hosiah said, ‘all of history since my time will be different, and life would be very different for you. It is because you can do this that you can now live in the White House.’

“’You mean that if we don’t do this, our dad wouldn’t be president?’ Malia asked.

“’That’s right,’ Hosiah assured her. ‘When you go back to your modern times, your dad would not be president, and you wouldn’t be living in the White House.’”

Further into the adventure, Hosiah tells Sasha exactly what she must do: “’Sasha, you will have to go to Jebediah’s house.’ …

Will two little girls from the future manage to save Frederick Douglass and his mission to ensure the emancipation of millions of enslaved Africans? As Carol Francois explains in her author’s note, “Mr. Douglass convinced President Lincoln to make the Civil War a confrontation about the institution of slavery. He also convinced President Lincoln to allow Blacks to fight for the Union Army during the Civil War, which essentially became a fight for their freedom.”

This book is the very first venture into publishing for New Vision Works, a San Francisco-based, woman-owned company founded in 2009 – and they’ve gone all out to encourage parents and teachers to use it as a launching pad for a variety of exciting history lessons and projects.

On the publisher’s website, http://www.newvisionworks.com/, there’s a coloring contest and a teacher’s guide with provocative questions for children, such as “Describe the slave children’s toys” and “What does Malia think about slavery?” You can order the book there as well.

If all children read and discuss this book, racial justice will be achievable as soon as they are old enough to lead. This is a book that will light up the life of every child and set those you love on a life path to solve the world’s thorniest problems. Don’t take my word for it, though. Here’s Danny Glover’s assessment:

“In this wonderfully entertaining and educational story, Sasha and Malia go back in time to help Frederick Douglass end slavery in America. In the process, they learn a lot about how the world has changed, the magic of childhood, and the values of life. It brings adult ideas to life for young minds, and inspires them to be part of positive changes in the world. ‘The Adventures of Sasha and Malia at the White House’ is a book every young child should read.”