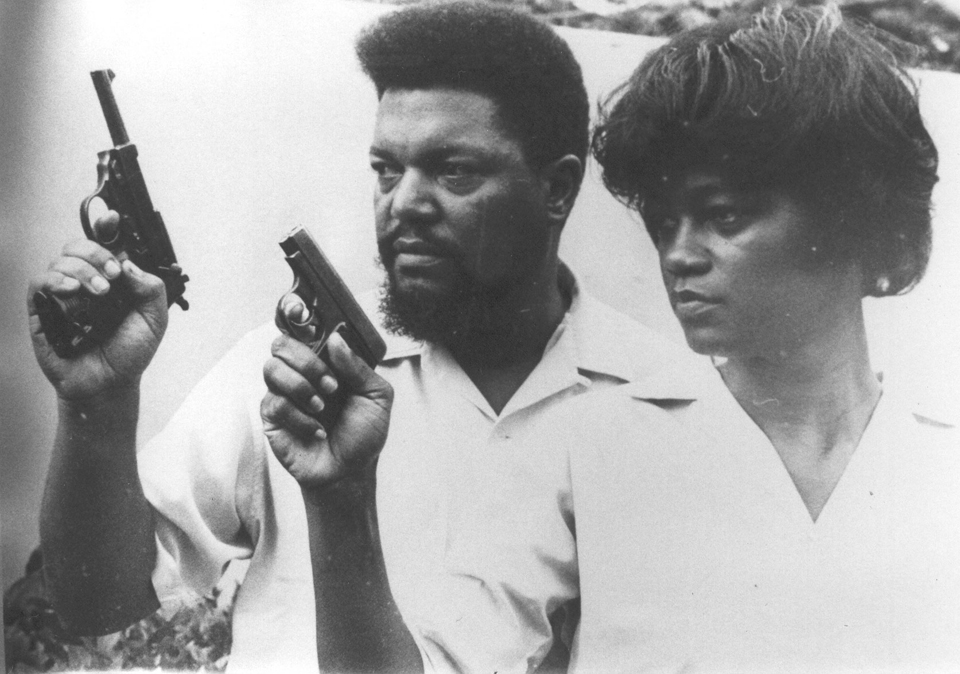 We are the ones who refused to be captured in Afrika without a fight, who staged daring raids on enemy supply lines and brought our nationals back to freedom. We are the ones who made longer, sharper spears, thicker shields and turned our backs on collaborating kings.

We are the ones who, on the high seas enroute to the “New World,” brought new forms of combat to bear on our oppressors. We are the ones who couldn’t be broken, who kept our languages in circulation, our spirits alive and our minds free of foreign gods and hostile demons. We are those who, on a move, became Maroons, who settled the Geechi Islands, fought alongside the indigenous nations, until we, too, became indigenous.

We are the ones who couldn’t be broken, who kept our languages in circulation, our spirits alive and our minds free of foreign gods and hostile demons.

We are the ones who, in the midst of the first Two Thousand Seasons (a thousand dry, a thousand wet), birthed new ideas of national existence and national continuity.

We are the ones that whispered, “Strike now!” to Nat Turner, who plotted and planned with Denmark Vesey and Gabriel Prosser. We are of the same blood as General Harriet Tubman.

We are the ones who didn’t need to be freed by the 13th Amendment because we had never been anyone’s slave. We are the same ones who laughingly rejected the 14th Amendment to make us citizens of the oppressor nation. And, when the so-called Negroes fell for the farce of “Reconstruction,” we had long been organized and waiting for the Klan.

When bourgeois Negroes formed the NAACP, we formed the African Blood Brotherhood and Universal Negro Improvement Association. When the White Citizens Councils attacked the Civil Rights Movement, we struck back as the Deacons for Defense. We are the ones who left the right wing reactionary Nation of Islam with Malcolm X.

When the White Citizens Councils attacked the Civil Rights Movement, we struck back as the Deacons for Defense.

We are the ones who organized the ghettos, from California to Philly, as the Revolutionary Action Movement. We were in Monroe with Robert and Mable Williams. We sat at the feet of Queen Mother Moore, Ella Baker and Dara Abubakari. We are the ones who adopted the attacking Black Panther as our symbol, those who stared down pigs, created Black Student Unions and fed free breakfast to children. We sharpened the contradiction.

We are the ones who breathed life into the Black Liberation Army, who proceeded to combat our historical enemies from coast to coast and all areas in between. We were on the roof in New Orleans with Mark Essex, in South Central L.A. with Geronimo ji Jaga, in El-Malik at the Capitol with the RNA-II. We are the ones who were in Chicago with Santa Bear and Spurgeon Jake Winters; in Attica with L.D. and Sam Melville. We were in Soledad with George, Fleeta and John; in the Marin County Courthouse with Jonathan, William, James and Ruchell. We are the ones who were with George, Hugo and Bato in San Quentin.

We were in Soledad with George, Fleeta and John; in the Marin County Courthouse with Jonathan, William, James and Ruchell. We are the ones who were with George, Hugo and Bato in San Quentin.

We are the ones from the George L. Jackson Assault Squad of the BLA in San Francisco. We are the ones in both Olugbala and Amistad Collectives of the BLA. And that was us in the Five Percenter-BLA units, too. We invaded the tombs to free our comrades and went underwater to assault Riker’s Island as well. We are the ones who made Nicky Barnes run to the Italian mob for protection.

We are the ones who were in support of the United Freedom Front, the May 19th Communists Organization, the George Jackson Brigade, the Sam Melville-Jonathan Jackson Unit, and the Prairie Fire/John Brown Anti-Klan Committee. We are the ones who introduced comrade-sista Assata Shakur to Fidel and Raul. We hooked Robert Williams up with Mao and Chou En Lai.

We are the ones who defended the people in a raging gun battle against pigs at Aretha Franklin’s father’s church in Detroit. We are the ones who brought you Kuwasi Balagoon, Dr. Mutulu Shakur, Nehanda Abioudun, Fulani Sunni Ali, Safiya Bhukari, Yassmyn Fula, Afeni Shakur, Sundiata Acoli, Maliki Shakur Latine, Sekou Odinga, Jalil Muntaqim, Herman Bell and all the other stalwart standard bearers of liberation.

We are the ones who support Puerto Rican Independence, the Mexicano/Chicano Movement, the American Indian Movement and all other revolutionary struggles for freedom against capitalist imperialism. We are those who stand firm against patriarchy, heterosexualism and liberalism. We are those that study Butch Lee, J. Sakai, Owusu, Yaki Yakubu, Chokwe Lumumba, Makungu Akinyele, Che, Cabral, Fanon and Dr. John Henrik Clarke. We are the ones who know that “revolution without women ain’t happenin’”!

We are the ones the enemy calls, “criminals,” “terrorists,” “gangs,” “militants,” “leftists,” “separatists,” “radicals,” “feminists,” “worst of the worst,” “America’s Most Wanted” and enemy combatants. Whatever.

We call ourselves Humans. We are New Afrikan revolutionaries. Those who weren’t afraid.