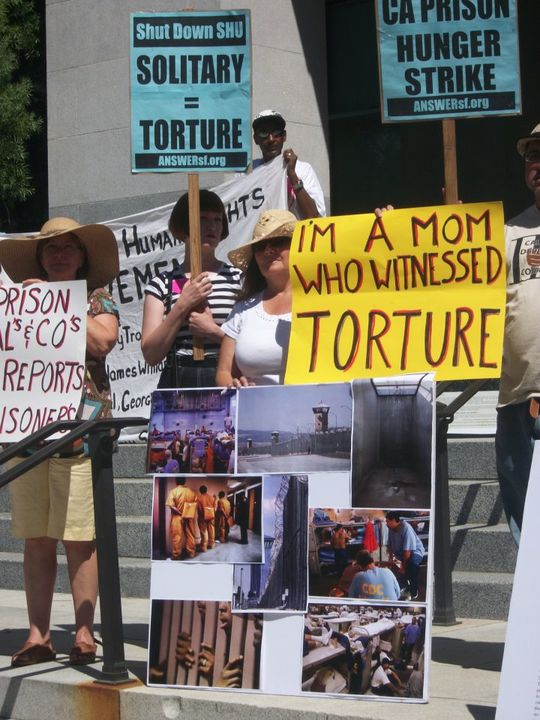 After the first Pelican Bay State Prison SHU statewide hunger strike in July 2011, Peter Schey, president and executive director of the Center for Human Rights and Constitutional Law, reached out to men being held in isolation in solitary confinement units across the state known in California as Security Housing Units and Administrative Segregation Units (SHU/Adseg/ASU).

The Center for Human Rights and Constitutional Law believes that the treatment of California prisoners placed in Administrative Segregation Units and Security Housing Units should be brought before the United Nations. Placing thousands of prisoners in segregation for long periods of time is one of the most serious mass human rights violations taking place in the United States today.

The men being held in the Pelican Bay State Prison SHU Short Corridor agreed, and the Center for Human Rights and Constitutional Law has prepared a petition to the United Nations Working Group on Arbitrary Detention, Human Rights Council, United Nations General Assembly, with 22 main plaintiffs of different races at different California prisons, ranging from one year in segregation up to 39 years in complete isolation based solely on a process of prison gang “validation” by the California Department of Corrections and Rehabilitation (CDCR).

Of these 22 main plaintiffs, Todd Ashker, Mutope Duguma s/n James Crawford and Alfred Sandoval at Pelican Bay State Prison SHU are just a few who will be exposing for the first time their personal experiences in “temporary” and “long term” segregation, including its effects on their physical and mental health. An additional 400 “validated” segregated prisoners of all races in SHUs, Adsegs and ASUs across California are also named in the petition.

Several treaties obligate the U.S. to conform to international standards against torture and inhumane treatment, such as the Geneva Conventions of 1949, the International Covenant on Civil and Political Rights of 1976 and the United Nations Convention Against Torture. Solitary confinement is considered by many experts to be a form of psychological torture. 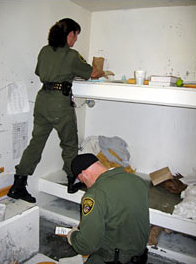 If the Committee on Arbitrary Detention determines that the treatment of California prisoners may be in violation of international law, they can request an on-site visit and prepare reports calling for changes. Such actions could help to publicize the segregation and isolation of prisoners and may help lead to some improvement in their treatment. Through this petition, the Center for Human Rights and Constitutional Law will try to get the United Nations to take steps that would benefit all inmates in segregation, not just the individuals named in the petition.

According to Pelican Bay State Prison SHU hunger strike organizers Todd Ashker, Arturo Castellanos, Sitawa N. Jamaa (s/n R.N. Dewberry) and A. Guillen, there is another hunger strike looming in the summer of 2012 unless CDCR meets the demands of the prisoners from the last two statewide hunger strikes in full. Although CDCR is currently considering prison gang validation reform, it is still just “talk,” and CDCR has been extremely slow at moving to make any real change happen. Men have not been released from the SHU to general population and except for a few very minor concessions, the organizers’ five core demands have not been met.

Stated briefly, these are the five core demands:

3) Comply with the U.S. Commission on Safety and Abuse in America’s Prisons 2006 Recommendations Regarding an End to Long-Term Solitary Confinement

The demands stated in full can be found here: http://prisonerhungerstrikesolidarity.wordpress.com/the-prisoners-demands-2/.

The men at Pelican Bay State Prison SHU are calling on prisoners’ families, supporters and organizations to fully support the United Nations petition and for everyone to come together as one to put pressure on CDCR to make changes now.

The press conference to formally release the United Nations petition in Southern California will be held on Tuesday, March 20, 10-11 a.m., at the Ronald Reagan State Building, 300 South Spring St., Los Angeles. A large crowd will show the press and the public how critical the issue of torturous prison isolation is to countless Californians. We ask supporters to please arrive at least 15 minutes early.

Plans for a Bay Area press conference have not yet been finalized. 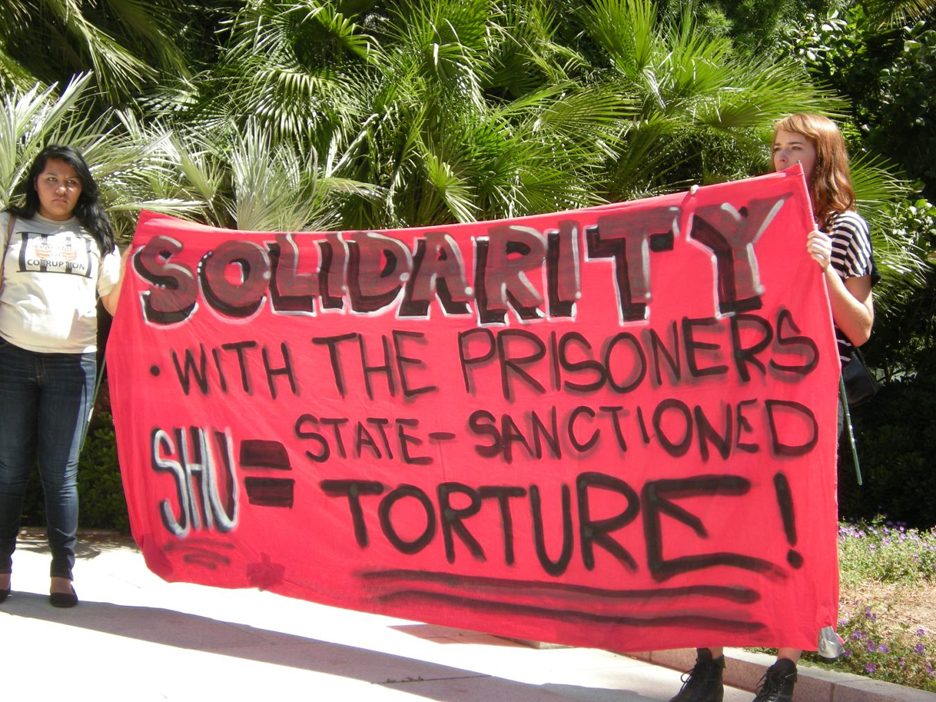 Speakers in Los Angeles will include Peter Schey, president and executive director for the Center for Human Rights and Constitutional Law, and families with loved ones in a SHU, Adseg or ASU. The United Nations petition will be made public, including statements from the 22 main U.N. plaintiffs.

CDCR is already feeling the pressure. The two main representatives named in the United Nations petition from Calipatria State Prison were “specially” transferred to Corcoran State Prison SHU recently. CDCR did this in hopes that when the U.N. petition becomes public, they could defend themselves against reports that these men were being held in in administrative segregation for two and three years past the “temporary” time limit.

To help prepare for the United Nations Petition Press Conferences or for more information, please contact Kendra Castaneda at kendracastaneda55@gmail.com or Bryan Lopez at blopez@centerforhumanrights.org or (213) 388-8693, ext. 301.

Now that Calipatria State Prison Institutional Gang Investigator (IGI) E. Duarte is currently under investigation for abuse and misconduct against inmates in connection with the current open court case of Velarde v. Duarte, Calipatria State Prison Warden Leland McEwen allowed a media crew inside the prison on Feb. 9, 2012. The media were allowed to film inside the Administrative Segregation Unit (ASU) where Harold Velarde is being held in an attempt to sway potential jurors on the Velarde v. Duarte case. Prison officials focused on portraying these men as the “worst of the worst,” telling reporters they need to be held in the ASU to protect everyone else. 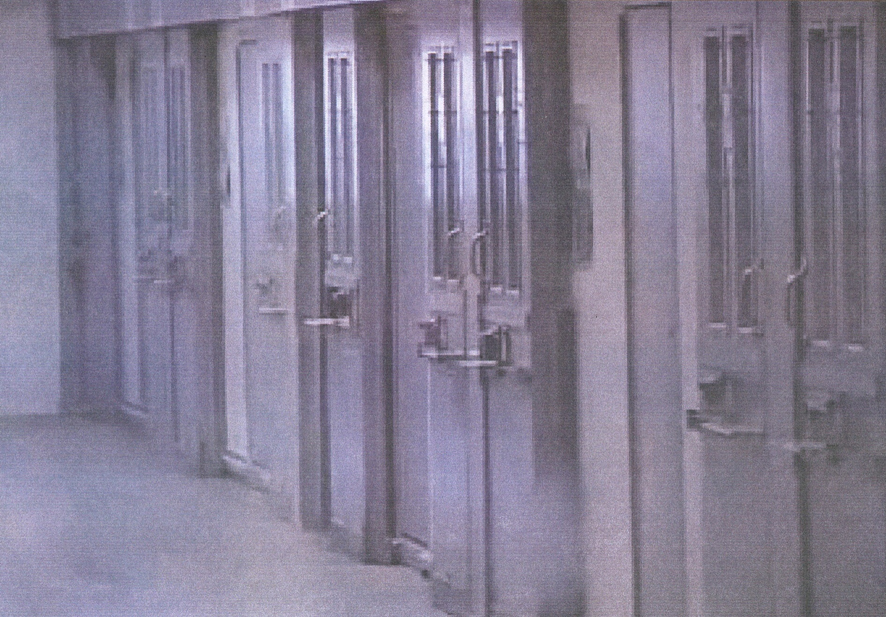 It has also been reported that IGI E. Duarte along with other IGIs has been opening incoming and outgoing confidential attorney-client legal mail written to Calipatria State Prison ASU inmates. The inmates’ mail is not being deemed confidential, as tampering with United States mail is against the law.

It has also come to light that quite a few IGI officers have “stepped down” and removed their IGI squad patch in recent years because these officers did not want to be associated with either the physical abuse IGI Duarte has directed at African American inmates or the pressure by Duarte on the officers to plant evidence – including planting weapons – on Latino inmates to get them validated or thrown into segregation.

A rumor is circulating that the Attorney General’s Office is working with lawyers the Velarde v. Duarte case, but it is nothing but a rumor. The Attorney General’s Office has to communicate with lawyers in any court case, but I can reassure everyone that the lawyers are solely devoted to seeking justice for the inmates who have been abused in one way or another by IGI E. Duarte.

It has also come to my attention that many African American inmates who have been abused physically by IGI Duarte have their own court cases pending against him. Others now in the Pelican Bay State Prison SHU and other prisons who previously witnessed or were subjected to IGI Duarte’s misconduct are also coming forward. I am asking prisoners of any race other than the Latino – especially African American men – who have been subjected to misconduct by IGI Duarte to please contact me at kendracastaneda55@gmail.com. If families want to come forward, I always keep your identity anonymous if need be and I am here to help.

Again, if anyone wants to report misconduct by IGI E. Duarte, not only will it help expose the false charges, false validations and false segregation many men have endured at Calipatria ASU (Administrative Segregation Unit), but it could also help expose for the first time an IGI purposely planting evidence and falsifying documentation to get an inmate validated and sent to the SHU. It could possibly open the doors toward ending the corrupt CDCR validation process and help many more men in the SHUs and AdSegs throughout California. Contact me at kendracastaneda55@gmail.com.

Kendra Castaneda is a prisoner human rights activist with a loved one currently incarcerated in the Calipatria State Prison ASU (Administrative Segregation Unit). She can be reached at kendracastaneda55@gmail.com.