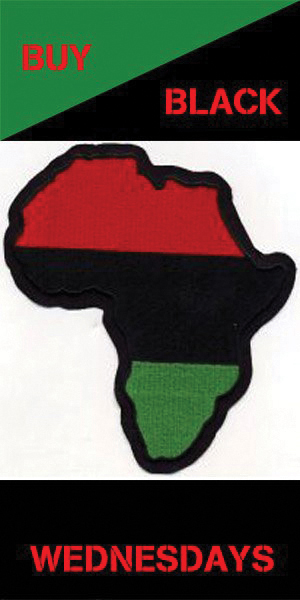 The year is 2020. Or maybe it’s not the year 2020 so much as it is a perfectly clear 20/20 vision of how our community will be in the not too distant future. Whatever the year might be, the day is Buy Black Wednesday and the sun, Ra, is smiling down on his people from a cloudless sky. I am setting foot in the Pan Afrikan Market Place called Little Nubia, modeled after Harlem in its “hey day,” old Timbuktu and Black Wall Street. So there are over 600 Black businesses in a 10-square-block area. Red, black and green is everywhere. Flags from every Afrikan nation flutter in the summer breeze.

The first person I see as I set foot in Little Nubia is Mumia Abu Jamal, the internationally renowned political prisoner who is now a free man! I congratulate him on his new teaching jobs at the Black Panther High School and at Kwame Nkrumah’s Pan Afrikan University. I am drawn into the depths of Little Nubia by the joyful noise, celebratory music and the aroma of West Afrikan, Ethiopian and Caribbean cuisine. I pull out a Markus Garvey C-note and buy a Jamaican plate of jerk chicken, black rice and a triple slice of plantain. Then I begin thinking to myself that I may never want to leave this place because it’s like I have died and gone to Black Heaven!

There are no junkies, predators or pimps parlaying, so happy young watoto (children) are everywhere running and playing, drinking honey ginger and fruit drinks, coconut milk and eating watermelon from the Black Farmers Market. The new Afrikan fashion seems to adorn every shea and cocoa buttered black and brown body in the marketplace. Kente cloth and linen abound with the sounds of great Black music streaming out of the blues, jazz and reggae clubs. And R&B, funk, hip hop and Caribbean music rock the concert halls and cheering throngs at Freejahlove Park!

The elder generation has reconnected with the youth so there are no more saggin’ pants these days nor is there any self-deprecating use of the notorious “N” word. There are dozens of Black book stores in Little Nubia, including a Marcus Books, Conscious Books, Do 4 Self Books, African Sun Books, Alkebulan Books, The Moor Bookstore, Carolyn’s Books, Alexander’s Book, Lumukanda’s The Key Book Store, The Afrikan Book Mart and the Shrine of the Black Madonna.

After I pass through the Louis Armstrong History of Jazz Museum, with its life-sized wax figure of Lester Young in his signature “pork pie” hat, I realize that I need more money and head towards the Bank of Afreeka. Then I go and purchase a pair of tickets at the Afrometropolitan Theater so I can check out a show later that night. However, I am undecided if I want to see the musical, “Fela!” about the revolutionary Afrobeat Nigerian band leader who was inspired by James Brown and Malcolm X, “Timbuktu,” with Sister Souljah reprising the starring role made famous by Eartha Kit, or “A Raisin in the Sun.” 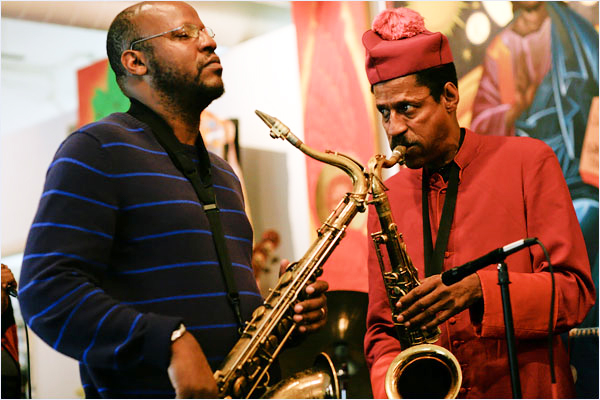 Right smack dab in the middle of Little Nubia is the original Black Statue of Liberty that was offered by the French in honor of a people who so aptly represented the struggle for liberation – a statue that America rejected for a statue that more resembled the slave master than those who had come up from slavery!

Young people dance around this statue doing everything from the lindy hop, West African dance, to pop lockin’ and other dances from the culture of hip hop! Refreshingly, there was no one in sight asking for spare change! And why would there be; no one was hoarding currency but everyone seemed to be passing it from Black hand to Black hand freely!

Little Nubia was like a Black Manhattan Island, it had everything a brother or sister could want, so nobody really needed to go anywhere. Las Vegas with all its neon lights couldn’t compare to Little Nubia and its neon people. And since all the best musicians in the world, the best comedians, singers, dancers, athletes and entertainers were here, not only were the dollars staying within the community, but currency came from outside the community and around the world, as it did in ancient Egypt.

Black Elegance was back, opulence was everywhere and we were no longer a poor trillion dollar nation – and all because of a little campaign called Buy Black Wednesdays!

Business of the Month

Founders Archbishop Franzo King and Rev. Mother Marina King began this work in 1971. The inspiration came after the young couple had seen John Coltrane perform live in San Francisco in the year 1965. They heard the presence of God and decided to build a church that would be centered around John Coltrane music played live! And it can be truly said of this church that “It rocks!”

Paradise is president of the International Black Writers & Artists Local 5 in Oakland and was recently honored by the City of Oakland with “Paradise Day,” on Oct. 6. He may be reached at oaklandworldsfair@yahoo.com. Paradise also facilitates the Buy Black Wednesdays Facebook page and group, hosts the Black Wednesday Show every Wednesday at 6 p.m. on www.harambeeradio.com and blogs at www.blackwednesdays.blogspot.com.

This is an open letter to the global community celebrating our 43rd church anniversary and the 86th year manifestation day of St. John Coltrane on Sept. 23, 2012. We would like to thank all of you who have been a part of or supported us in establishing this global community of A Love Supreme.

We further offer the opportunity for your continued assistance in stabilizing the work and meeting the financial challenges of the day and the future by making a donation to this work or pledging your support on a weekly or monthly basis. This is a time sensitive issue and we have an immediate need to raise contributions to meet the lease requirement so that we can remain at our current location at 1286 Fillmore St., San Francisco.

You can go to our secure website. www.coltranechurch.org, and click on Donate or you can support the work by purchasing T-shirts, books or cards or you can make your checks payable St. John Coltrane AOC.

Morning worship begins at 11:45 a.m. on Sunday, Sept. 23. We hope to see you there. We thank you for your participation and pray God blesses you in every work of good endeavor.