Do you believe that 25 years to life for petty theft or taking a family member’s DMV test is excessive or cruel and unusual punishment? If so, this article was written for you. 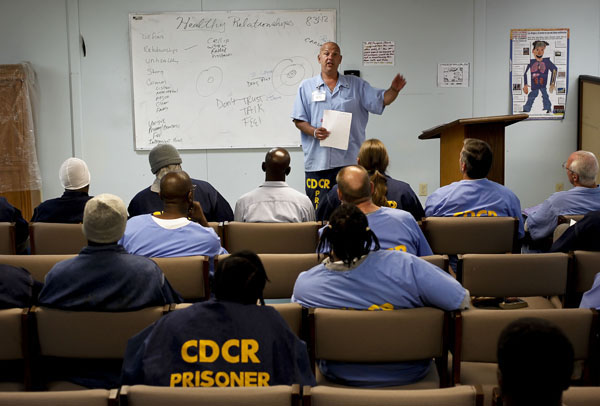 Worst criminal law in the nation

California’s Three Strikes and You’re Out sentencing law (Three Strikes) was passed by the Legislature as AB-971 and by voters as Proposition 184 in 1994. The Yes on Prop 184 campaign, mostly funded by the prison guards union, CCPOA, exploited the high-profile abduction, sexual assault and murder of 12-year-old Polly Klass (RIP) from Petaluma to advertise and market their initiative. The public’s outrage, hoping to eradicate child molesters, rapists and murderers, led to an overwhelming majority, 72 percent, voting for Prop 184.

Ironically, many people still do not realize that predators who pose the greatest danger to society get preferential treatment because they are not sentenced under Three Strikes. For instance, this author’s non-violent petty theft with a prior was “doubled-counted” to transform the misdemeanor into a felony and then used as the basis for a life sentence.

On the other hand, when petty theft is committed after prior convictions for heinous crimes, including child molestation, kidnapping, rape, torture, mayhem, murder and terrorism, then the petty theft can only be charged as a misdemeanor, and cannot trigger any Three Strikes enhancements. So, for example, if this author’s prior convictions had been for kidnapping, child molestation and murder, instead of non-injury robberies, then he could not have been sentenced to 25 years to life for petty theft. Rather, only probation or a maximum 12-month county jail sentence would have been possible.

Also unknown to many voters, Three Strikes is applied in an arbitrary and inconsistent manner among different counties and within counties. For example, when this author was sentenced, the district attorney sought life sentences in most Third Strikes cases. Two years later, a different DA was elected and L.A. County’s Three Strikes policy was greatly changed. Thus, if this author had been sentenced in 2000-2012, instead of 1998, he would not have received 25 years to life for his non-violent property crime.

At the same time, Three Strikes has disproportionately targeted the poor and people of color. More than 70 percent of the Three Strikes prisoners serving life sentences are either African American or Latino.

The unintended and costly consequences of Three Strikes are enormous! These are a few examples:

Three Strikes has disproportionately targeted the poor and people of color. More than 70 percent of the Three Strikes prisoners serving life sentences are either African American or Latino.

However, a few days before the election, a last-minute advertising blitz was launched by Pete Wilson, Gov. Arnold Schwarzenegger, Jerry Brown and Henry T. Nicholas III. CCPOA spent $699,000 and Nicholas, the billionaire co-founder of the Broadcom Corp., provided a multi-million dollar donation for the deceptive advertising blitz. 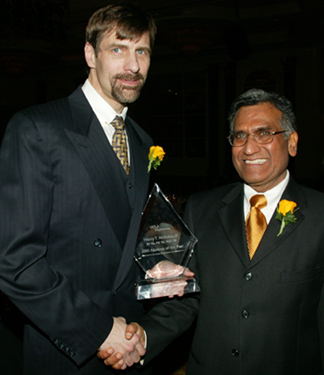 No on Prop. 66 radio and TV ads, alleging that Prop. 66 would release 26,000 violent criminals, was effective in influencing the most dramatic turnaround in California’s ballot initiative history.

The Three Strikes Reform Act of 2012

On Nov. 6, California residents will have another opportunity to amend Three Strikes.

Prop. 36, which is more conservative than Prop. 66 was, pledges to close the loophole and “restore the original intent of California’s Three Strikes law – imposing life sentences for dangerous criminals like rapists, murderers and child molesters.” If approved by the voters, only about 3,000 out of 8,800 inmates now serving life sentences for non-serious, non-violent and non-sexual offenses will be eligible to apply for re-sentence consideration.

Re-sentencing is not available for felons serving life for a “non-serious, non-violent third strike, if the prior convictions were rape, murder or child molestation.” On a case-by-case basis, a judge must determine that re-sentencing would not pose an unreasonable risk to public safety.

Prop. 36 is supported by a bipartisan group of law enforcement leaders, prosecutors, civil rights organizations etc. It was drafted by attorneys at Stanford Law School and the NAACP Legal Defense Fund, in consultation with law enforcement officers.

In an interview in the Aug. 22 Sacramento Bee, David W. Mills, a Stanford Law School professor and private investment manager, stated that his interest in Three Strikes is based upon his long-term interest in civil rights. Professor Mills said that the “dramatic effect on poor people and African Americans” makes Three Strikes one of the leading civil rights issues of today.

Recently, individuals who helped defeat Prop. 66 in 2004 began organizing a “No on Prop. 36” campaign. This time, Nicholas signed the ballot rebuttal argument against Prop. 36 and he’s expected to make a multi-million dollar contribution to help defeat the initiative.

Ironically, on May 14, 2008, a federal complaint was filed against Nicholas, alleging fraud and “improper stock option backdating at Broadcom Corp.” And on June 4, 2008, a grand jury indictment was filed against him for conspiracy, possession, trafficking, distributing and using controlled substances. Did Nicholas get some type of pay-to-play immunity? 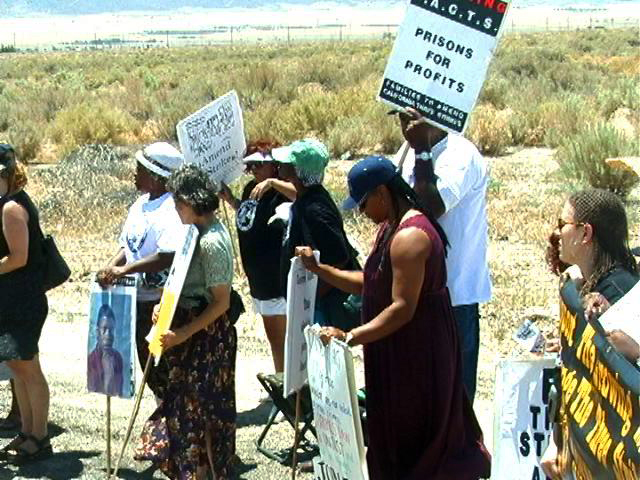 We need your help!

To restore civil rights and some integrity to our criminal justice system, we need your help.

Inaction by those who can help will make it possible for evil to triumph! Let’s not allow non-violent citizens to continue languishing in atrocious conditions with no hope for their future. Too many have already died.

This quest is within our reach. With modem social network technologies or by helping in other ways, you can become today’s civil rights hero. Let’s get it done together!

This is how we do it:

Thank you for your support!

In October 1997, Kenneth Keel was arrested for an alleged petty theft at a K-Mart department store. Soon thereafter, he fired the Public Defender’s Office and represented himself at trial. After a jury found him guilty of one count of petty theft, Kenneth received a 25-years-to-life sentence under the “Three Strikes and You’re Out” law. 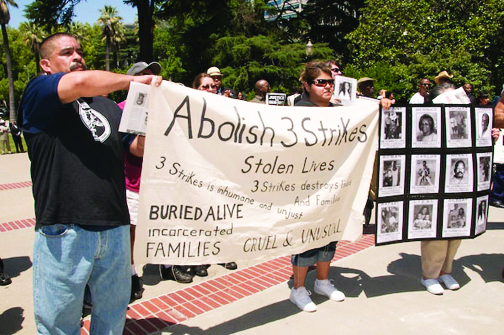 While fighting for his freedom, Kenneth examined his life and determined that it had been pitiful and wasteful. Kenneth embarked upon a transitional path to reconstruct his life. Through a change of mind and heart and through prayer, self-discipline and determination, Kenneth found a purpose.

Kenneth set goals and took the necessary steps to radically change his life: 1) He got involved with drug education classes, which gave him a foundation for battling his internal demons; 2) he set and achieved his educational goal by earning his GED; 3) he achieved his vocational goal by completing an accredited paralegal studies program; and 4) he achieved spiritual awareness from Systematic Theology classes.

Fully transformed, Kenneth has devoted his life to doing whatever he could, from where he is, to help humanity – that is, change the world for the better. He is a firm believer that helping others helps one become a better person. Kenneth has spent countless hours providing free legal assistance and tutoring illiterate prisoners. He has authored several articles about California’s Three Strikes law and prison conditions.

This work is the result of a goal Kenneth made at Folsom State Prison, which is regarded throughout history as the “end of the line” for California state prisoners.