The new “Security Threat Group Prevention, Identification, and Management Strategy” will instigate new and more aggressive attacks against prisoners and their families, friends, associates and communities, who are already being victimized by our institutionalized racist system and the prison industrial complex. It is just one of their many policies to persecute prisoners incarcerated in solitary confinement units. This is comparable to government policies that persecute us poor citizens in ghettos and barrios. 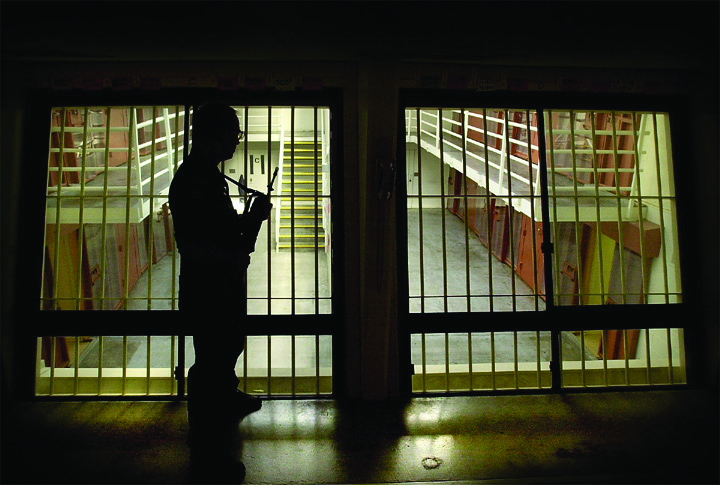 The security threat group strategy in itself is a racist policy that will set a new precedent for attacks against New Afrikans (i.e. Blacks), Mexicans, Latinos, Asians and poor whites to allow CDCR to implement a classification of our people and communities. “Security threat group” means one of us can define all of us, through their validation system.

We are individuals despite all the hype around this gang validation nonsense. We must reject the “Security Threat Group Prevention, Identification, and Management Plan.” It will allow our communities to be further subjugated, persecuted and openly attacked by overzealous public servants or security guards who operate like Gestapo against poor citizens of this nation.

And to those of us held in the prison industrial complex – subjected to physical and psychological torture in long term isolated solitary confinement units – the term “threat group” only means that the validation process is being expanded to where all prisoners based on group validation as a gang can be and will be subjected to what we already suffer as individuals under the validation procedures.

Identification of prisoners will mean what it means now, not only who we are, but who are our family, friends and associates, and this will not stop. The identification process investigates our lives by way of other agencies, such as LAPD, OPD, SFPD, SDPD, Sheriffs etc. This I call profiling of our people and our communities. Identifying the prisoner as part of a STG – a gang member or associate – opens up covert and overt investigations of our family, friends and associates.

This is the purpose for the identification: making our people and community suspects in alleged gang activity, subjecting us to harassment, searches and investigations. It is the pretext used by CDCR to hide their racist intent.

Interdiction [the subheading of the STG strategy is “California Department of Corrections and Rehabilitation’s Proposed Implementation of the Security Threat Group Identification System and Step Down Program for Gang Interdiction and Management”], meaning to destroy, cut off or damage, or to prohibit by decree or authoritarian implementation, will only further familiarize New Afrikans, Latinos, Mexicans and Asians with what they know all too well: the authoritarian presence of militarized police inside our communities.

They patrol our communities as if we’re terrorists. Yet the prisoner will be the justification for interdiction. Remember, CDCR and Pelican Bay State Prison officials have already cut us off from our family, friends, associates and communities, and when we succeed in connecting with them, they use many scare tactics to destroy, damage or cut these relationships OFF. It’s called interdiction.

Prevention, meaning to keep from happening or existing, to hold back, hinder, stop, means that we prisoners will be suppressed by any means necessary based on flawed intelligence and through crime initiatives and policies to counter crimes that have not occurred. For example, prisoners in solitary confinement units are not allowed “contact visits,” because there is the potential for a crime to be committed. CDCR’s NO contact visits policy speculates and assumes that prisoners’ families, friends and associates will be accomplices to criminal activity. Under CDCR policy, NO kissing, touching etc. is allowed while on a contact visit to a prisoner in general population.

This is what they mean when they say prevention: instituting policies that suppress the growth and development of prisoners and their families, friends, associates and community, by cutting off whatever crimes that can be committed. But to do this is to insinuate that all our people are criminals, which reflects an inherently racist disposition inside the institution of institutionalized racism. Therefore, we all become suspects or are subjected to policies that limit our interaction and movement.

The death penalty, long term solitary confinement, assault weapons, prison violence, prison oppression – all are means of maintaining control. This is how they manage prisoners.

Plan is a method for achieving an objective. Therefore, we all are in danger. The STG is only a new and more aggressive policy that will further subject prisoners to harsh conditions and the current physical and psychological torture we exist under now. I basically just interpreted the title of this new policy, which defines its true purpose and meaning.

The STG is only a new and more aggressive policy that will further subject prisoners to harsh conditions and the current physical and psychological torture we exist under now.

We also see that this pilot program is filled with numerous job titles, which is how CDCR fleeces California taxpayers out of their funds. They create unnecessary positions that are irrelevant and serve no purpose. If anyone thinks that those of us held in solitary confinement units need to go through gang management programs at the ages of 40 to 70-plus years, they are only fooling themselves.

There are NO gang members or gang bangers in the “short corridor” at Pelican Bay, only grown men who came into these institutions at very young ages, who have educated themselves, and who in many cases were never gang members from the get go. What you have back here are political prisoners, jail house lawyers, strong minded influential prisoners who understand the games correctional officers and officials play.

Those of us who did come into these prisons with a backward mindset do not adhere to that gang nonsense anymore. It’s crazy to tell us, who’ve been in solitary confinement units from 10 to 40 years, that we’ve got to go through a “step down program,” or SDP, in order to get out, when we’ve been held illegally and subjected to physical and psychological torment throughout our stay in these torture chambers.

There are NO gang members or gang bangers in the “short corridor” at Pelican Bay, only grown men who came into these institutions at very young ages, who have educated themselves, and who in many cases were never gang members from the get go.

The validation system is just that. It does not mean you have committed a crime or broken the law in any way; it only means that you have been profiled or identified as an alleged “something” by the CDCR under their gang validation system. So to place you in solitary confinement units and leave you there for the rest of your natural life on the validation alone is inhumane and criminal against those prisoners subjected to this fate.

The fact that we have been here anywhere from five to 40 years for no criminal offenses, no gang offenses and no violent offenses is based on simply an administrative placement, where we are validated as gang members and associates and locked up indefinitely on flawed intelligence. Some of this so-called intelligence is so ridiculous that one has to wonder, are these intelligent gang officers or a bunch of professional liars who hide behind the veil of institutionalized racism.

The validation system is just that. It does not mean you have committed a crime or broken the law in any way; it only means that you have been profiled or identified as an alleged “something” by the CDCR under their gang validation system.

There is NO way we prisoners should be held in solitary confinement units, whether Ad-Seg or SHU, on gang validations, when our average age is anywhere from 40 to 70. There are NO GANG MEMBERS back here. This CDCR knows quite well.

The pilot program is described as “a new behavior based system which will serve to enhance the existing intelligence based validation system.” These words are important to understand because they basically speak to the re-enforcement of the existing intelligence-based validation system that places prisoners in these solitary confinement units on non-behavior placement.

To say you’re now going to put prisoners – particularly alleged STG prisoners – in solitary confinement units for their behavior only means that a wider pool of prisoners will be locked up, because now alleged prison gangs, street gangs, disruptive groups etc. all fall under the STG identification, interdiction, prevention and management plan. These are for the most parts groups who could commit an offense and be given a determinate sentence of anywhere from 90 days to five years in solitary confinement, but they would be let out when that time is up.

The STG-SDP Pilot Program is lacking any real commitment to letting us out of the solitary confinement units.

This is a just system because it deals with individual accountability. And no one should be held in solitary confinement indefinitely even if he wants to be there. Now all these determinate SHU prisoners will fall under this new validation system, where CDCR officials will utilize the SDP to place people under a STG I and STG II validation, holding them inside a program that serves no purpose whatsoever, but to further torment the prisoners. The step down program offers nothing but harassment to those prisoners inside that program.

The STG-SDP Pilot Program is lacking any real commitment to letting us out of the solitary confinement units. There is too much bureaucracy we have to go through, and this is with the same biased, prejudiced and racist prison guards who have held us back here for the 22½ years since Pelican Bay State Prison was built, without adequate clothing, adequate food or educational programs under severe isolation from our families, friends, associates and other prisoners. No natural sunlight, no adequate medical care etc.

They’re even saying that NO STG I members who are influential are ever getting out. Who determines who gets out and who stays? We say nobody deserves to be tortured in solitary confinement units at the hands of anyone.

So why would CDCR and PBSP do right by us prisoners now? They’re only expanding their “torture chambers,” and anyone who thinks otherwise is clearly not reading what CDCR is saying. One thing CDCR is good at is playing psychological games and tormenting prisoners. We all know this first hand because we’ve seen many go crazy or insane or mad or loony or mentally ill or catatonic or delusional or become severely depressed. I’ve seen them all here in Pelican Bay State Prison Security Housing Units.

People have to realize that CDCR and PBSP officials have had a lot of success in torturing prisoners into submitting to their debriefing program that is used to frame and set up prisoners for this mockery of a system. We continue to reject this pilot program. It does nothing toward giving us a gateway out of these torture chambers.

They’re even saying that NO STG I members who are influential are ever getting out. Who determines who gets out and who stays? We say nobody deserves to be tortured in solitary confinement units at the hands of anyone.

One love, one struggle, in solidarity always,