Robert Chrisman and the internationally acclaimed The Black Scholar journal (TBS) are principle beacons of achievement and hope within the movement to create Black Studies departments and ultimately Ethnic Studies and Women’s Studies departments. Chrisman and The Black Scholar occupied the vanguard of the struggle for recognition of Black Studies as a serious academic endeavor.

Though other publications are devoted to Black Studies, TBS, under the principle leadership of Chrisman, was unique in its dedication to making Black Studies relevant to the political dynamics of the Black world within and beyond the structures of academia. 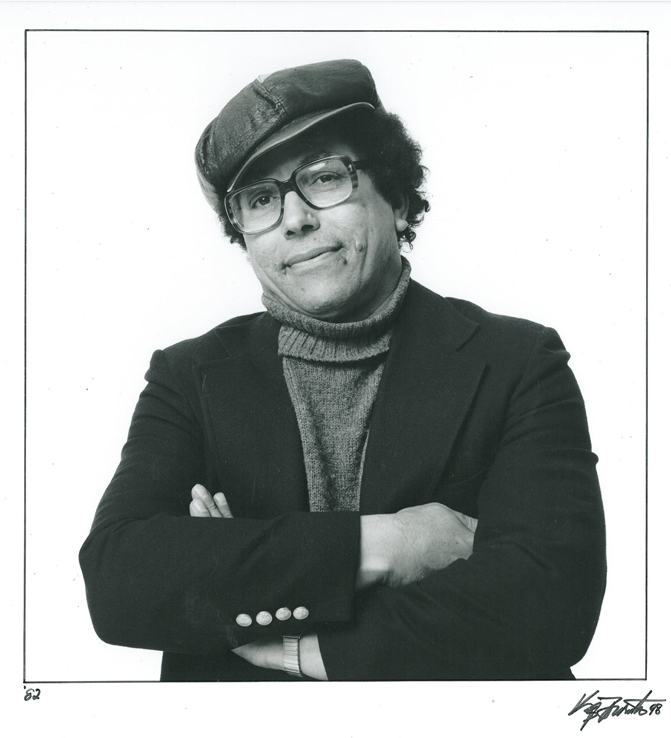 Robert Chrisman, born in 1938, a founding publisher and recently retired editor in chief of The Black Scholar, died March 10, 2013, after a lengthy illness.

“I know this is a cliché,” said Dr. Dorothy Randall Tsurutu, head of San Francisco State University’s Africana Studies program, “but Bob will be sorely missed. There’s some truth in every cliché.

“The Black Scholar was essential to the growth and development of Black Studies (now part of the Department of Ethnic Studies at San Francisco State) and I’m sure it was equally valued across the nation.”

Though unable to be reached by phone, TBS released this statement by renowned Senior Editor Robert Allen.

“I know of no one who has worked harder than Robert Chrisman to actualize an intellectual vision. In building TBS, he demonstrated the power of the principles of self-determination and self-reliance. He built the journal not by relying on grants and funding from foundations and government agencies but by relying on the people we serve – teachers, students, community activists, writers and artists, librarians, academicians, and just plain working people – our subscribers.”

Long-time Executive Editor Maize Wolford said that Chrisman was always in support of TBS’ initial instinct to remain outside the boundaries of mainstream academia.

Chrisman and The Black Scholar occupied the vanguard of the struggle for recognition of Black Studies as a serious academic endeavor.

“We were unrefereed,” she said. “Bob would talk to people, lots of people, but since becoming the editor in chief in 1975, he made the main decisions.

“We received lots of pressure to submit articles for peer review, but Bob was adamant. ‘No. We don’t want that,’ he’d say. ‘We want voices in the community to have equal access.’”

The principle of non-peer review likely was first advocated not only by Chrisman but also by early collaborators Nathan Hare and Allen.

This principle was firmly endorsed in the December 1971 issue when TBS published Angela Davis’ iconic essay, “Reflections of the Black Woman’s Role in the Community of Slaves.”

Davis’ essay was a pioneering effort that examined the multiple layers of oppression suffered by enslaved women and welded to one another the questions of the enslavement of Blacks to the issue of the economic and social oppression of women.

It was a courageous move on the part of TBS because at the time Davis wrote the essay she was incarcerated in the Marin County Jail charged with capital crimes, and it is unlikely a mainstream academic journal would have printed it.

In a 2011 interview with Leo Adam Biga, Chrisman explained, “We were aware there were a lot of street-activist intellectuals as well as academicians who had different sets of training, information and skills … The idea was to have a journal where they could meet.”

The Black Scholar, founded in 1969, was a child born of the 1968 San Francisco State student strike, and in retrospect it could not have been born anywhere else.

The strike, which lasted for five months and was the longest and least violent of all ensuing domestic student strikes, grew out of frustrations of Black students who wanted the university to establish a Black Studies program. The militancy of the Black students had grown out of earlier struggles within what had been called the Negro Students Association. In 1966, however, as a result of the militant organizing tactics of students Jimmy Garret and Jerry Varnado, the NSA changed its name to the Black Student Union, thus becoming the world’s very first BSU.

In 1968, the Black Student Union went on strike to demand the creation of a Black Studies Department.

The university had originally agreed to the proposal but then reneged for several years, thus sparking frustration and the strike. They were soon joined by thousands of other students, principally the Third World Students Liberation Front, who demanded the creation of an Ethnic Studies Department.

Ultimately the student strike was successful, but faculty members Nathan Hare, who had been hired in1966 to write a proposal for a Black Studies Department, the first in the U.S., and Chrisman were fired, though he was re-hired later in a non-tenure track position. Hare and Chrisman then teamed with Allan Ross, a printer, to begin publishing TBS.

The Black Scholar, founded in 1969, was a child born of the 1968 San Francisco State student strike, and in retrospect it could not have been born anywhere else.

Robert Allen soon joined with Chrisman and Hare to head up what was soon recognized as an indispensable tool for Black academicians and community activists: a journal that historian Herbert Aptheker once labeled the most important Black journal in America. But the relationship among the three would sour after TBS led a delegation to Cuba in 1973.

In 1975 an ideological dust up attracted national attention and Hare resigned from TBS, claiming that those who were now openly supportive of the Cuban revolution and Marxists had taken control of the magazine’s editorial policy.

However, in the decades since that have seen hundreds of issues published, it would seem TBS has been faithful in reflecting a full panoply of Black thought and issues, publishing pieces from such disparate thinkers as nationalists Maulana Karenga and Haki Madhubuti to internationalists Fidel Castro and Michael Manley to Jesse Jackson, Maya Angelou, Alice Walker and many others too numerous to list.

“From the start, we believed every contributor should have her own style. We felt Black Studies and the new Black Power Movement was yet to build its own language, its own terminology, its own style … So we said let’s have a lot of different styles,” Chrisman said in the Biga interview.

Chrisman was also in tune to the cacophonous non-harmony that was the Black movement in the 1960s and ‘70s. There are lots of different voices, he would say, and while everyone’s going in the same direction generally, many would take divergent, often confusing paths.

When discussing with this writer Maya Angelou’s distressing endorsement of Clarence Thomas for the Supreme Court in 1991, Chrisman shrugged and said, “Well, when you get two or three months ahead on your Mercedes payments, your outlook on life tends to change.”

Bemused humor and a certain sense of inevitability characterized his realistic responses to the shifting political sands of the Black movement. No bitterness or sense of betrayal toward either Giovanni or Angelou, who had so often graced the pages of TBS but had taken such odd political positions in regards to their former perceived radicalness. It’s a part of life, he seemed to say.

Other books include TBS anthologies “Pan-Africanism” (1972), “Contemporary Black Thought” (1974) and “Court of Appeals: The Black Community Speaks Out on the Racial and Sexual Politics of Clarence Thomas v. Anita Hill” (1992). In 2001 he co-edited with Laurence Goldstein the anthology, “Robert Hayden: Essays on the Poetry.”

In his June 2012 letter of resignation from TBS, Chrisman announced chief editorship would be taken over by his daughter, Dr. Laura Chrisman, with Sundiata Cha-Jua and Louis Chude-Sokei as senior editors.

Jean Damu is the former western regional representative for N’COBRA, National Coalition of Blacks for Reparations in America, and a former member of the International Brotherhood of Sleeping Car Porters, taught Black Studies at the University of New Mexico, has traveled and written extensively in Cuba and Africa and currently serves as a member of the Steering Committee of the Black Alliance for Just Immigration. He can be reached at jdamu2@yahoo.com.