The Bolivarian Revolution reaffirms linkages with oppressed around the world 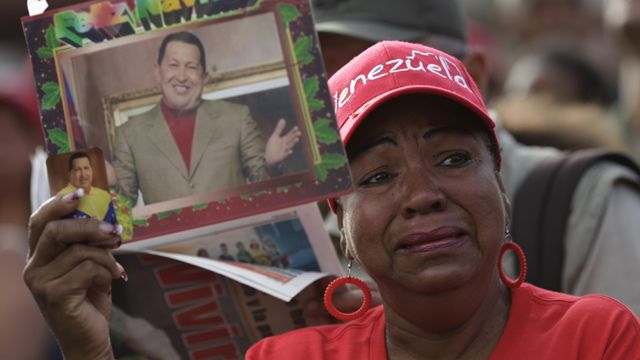 President Comandante Hugo Chavez Frias passed away on March 5, 2013, in the capital city of Venezuela, Caracas. Chavez will be remembered for his efforts in the transformation of Venezuela and Latin America away from the dominance of United States imperialism.

Chavez championed socialism, national liberation and international solidarity. He reaffirmed the indigenous and African roots of Venezuelan and Latin American culture and society.

The identification and recognition of the non-European character of South American societies is a key element in the cultural revolutions that must permeate all genuine movements for independence and sovereignty. It will be essential in developing alliances with Africa and the African Diaspora as well as other indigenous communities throughout the Western Hemisphere. 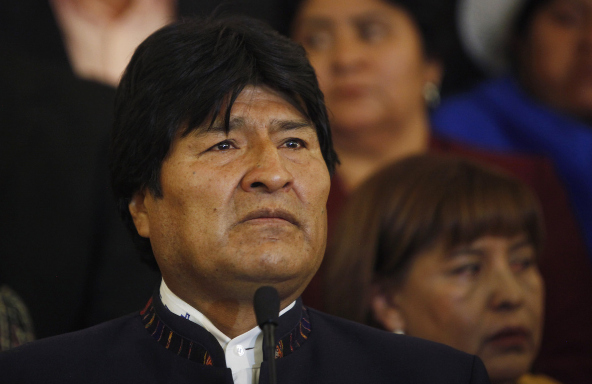 Just prior to the transition of President Chavez, he wrote an open letter to the Third Africa-South America Summit that was held in Equatorial Guinea, a former Spanish colony on the continent. Chavez reemphasized his call for unity and cooperation between the two continents, noting that this consolidation of both peoples would transform international relations worldwide.

The Second Africa-South American Summit was held in Venezuela on Margarita Island on the Caribbean from Sept. 26-27, 2009. At this gathering there were heads of state representing 61 countries, 49 of them from the African continent, and an additional 12 leaders came from South America.

President Chavez delivered the opening speech of the summit where he stated: “This is the beginning of the salvation of our people. The 21st century won’t be a bipolar world; it won’t be unipolar. It will be multipolar.”

Chavez continued, noting, “Africa will be an important geographic, economic and social pole. And South America will be too.”

President Chavez delivered the opening speech of the summit where he stated: “This is the beginning of the salvation of our people. The 21st century won’t be a bipolar world; it won’t be unipolar. It will be multipolar.”

The then Libyan leader and chairman of the African Union, Col. Muammar Qaddafi, addressed the summit on the necessity of developing greater unity among developing regions of the world. Qaddafi had just spoken before the United Nations General Assembly as the African Union chairman who demanded that Africa, Latin America and other regions of the world be given permanent seats on the Security Council.

Qaddafi said before the General Assembly: “The world isn’t the five countries on the Security Council. The world’s powers want to continue to hold on to their power. When they had a chance to help us, they treated us like animals, destroying our land. Now we have to fight to build our own power.”

Qaddafi said before the General Assembly: “The world isn’t the five countries on the Security Council. The world’s powers want to continue to hold on to their power. When they had a chance to help us, they treated us like animals, destroying our land. Now we have to fight to build our own power.” 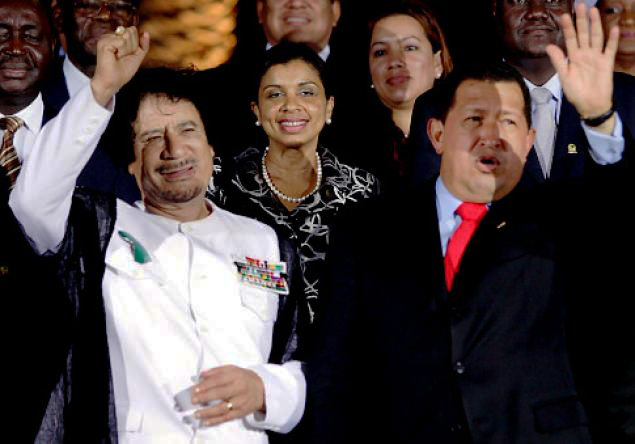 The development of a secretariat, which was finally agreed upon at the third summit in Equatorial Guinea, was initially proposed by Chavez on Margarita Island in 2009.

Venezuela and solidarity with the nationally oppressed in the U.S.

The Venezuelan Revolution also sparked hope and greater identification with Latin America among the oppressed nations inside the U.S. In March 2006, a Venezuelan Solidarity Conference was held at George Washington University in Washington, D.C.

The gathering brought out that the National Black Legislative Conference had adopted a draft bill which called for the U.S. government to respect the independence of Venezuela. This bill had been presented to the Michigan Legislature by Lamar Lemmons III; but, due to the political composition of the body, it did not pass. 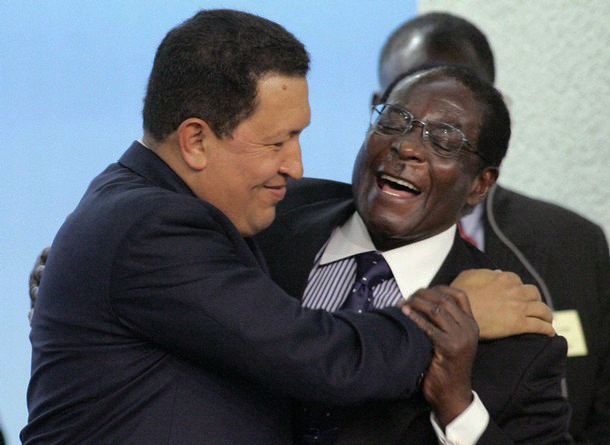 This bill read in part: “Whereas, Venezuelan President Hugo Chavez Frias won landslide presidential elections in 1998 and 2000 with 58 percent and 59 percent of the popular vote, respectively. These electoral victories signaled the end of a 500-year-old colonial caste system in which an oligarchy of the socially, politically, and economically advantaged exploited the majority population.”

House Resolution No. 145 also stated: “Whereas, all democratic countries must abjure any state-sponsored activities to destabilize Venezuela’s economy and/or national sovereignty. Further, all public and private American-based entities are conjoined for the sake of international social order and domestic tranquility to vigorously oppose the unconscionable low-intensity war that is being waged against the people and national sovereignty of Venezuela since the inception of the Chavez Frias administration.”

The keynote speaker for the second day of the conference was Antonio Gonzalez, who was director of the Southwest Voter Registration and Education Project. He stated: “We followed the examples of African Americans and were inspired by Malcolm X and Martin Luther King. African Americans are always first in all things good in the struggle for social change. Our movement is not going to get smaller but better.” 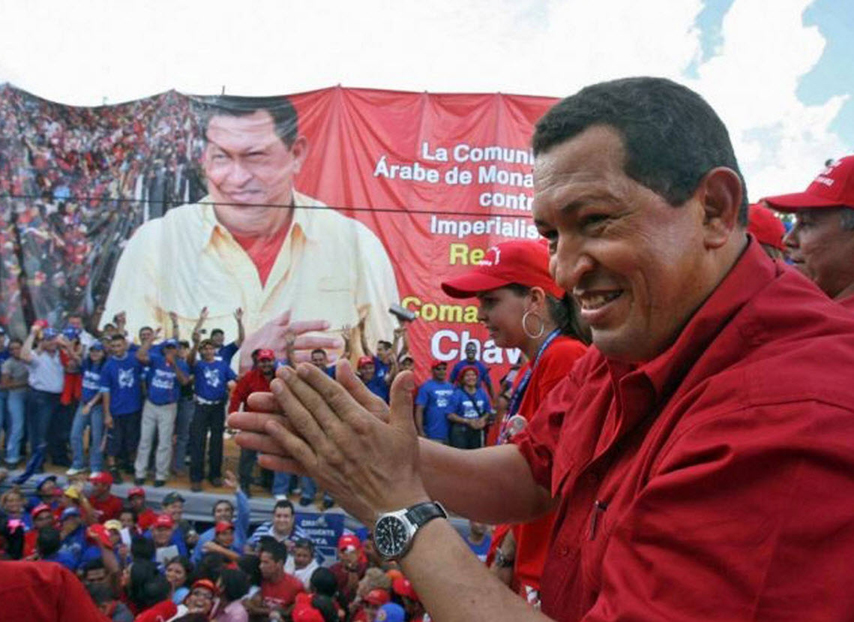 Another panel took place which focused on the role of the African population in Venezuela. Jorge Guerrero Veloz of the Afro-Venezolana Organization played a key role in the conference. This organization supports the Bolivarian Revolution and is working to re-correct the historical problems related to the legacy of slavery and racism in Venezuela.

There were over 30 workshops at the conference. One took up the question of Venezuela and the African Diaspora and featured Bob Brown of the All-African People’s Revolutionary Party, Nellie Hester Bailey of the Harlem Tenants Council and Dr. Alberto Jones of the Caribbean Children’s Foundation. A group called the People of African Descent in Solidarity With Venezuela (PADSV) was formed.

In addition, a workshop entitled “Indigenous Rights in Venezuela and the Native American Connection” was also held. This workshop involved Native activists from the U.S. and Canada.

The Venezuelan government over the years through its state-owned oil company CITGO provided home heating oil for poor and oppressed communities throughout the U.S. Diplomats from the Venezuelan embassy and consulates have visited numerous cities to speak before community organizations.

In the aftermath of the passing of President Chavez, the Black Left Unity Network set up a blog page that published statements of tribute, sympathy and solidarity with the people of Venezuela. Statements have come in from various organizations throughout the country. 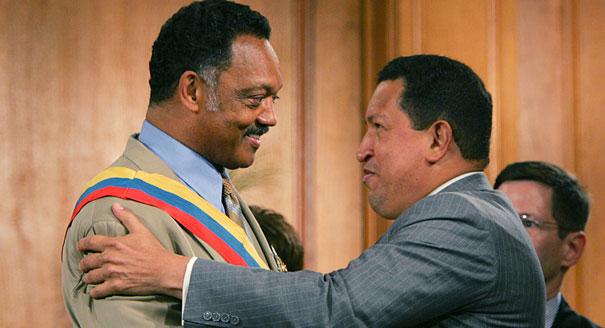 Under President Chavez, the Venezuelan government passed laws banning racial discrimination and including the designation of African heritage in the national census. In 2005, during the aftermath of the devastating impact of the Katrina hurricane, the Venezuelan government offered to send energy and other assistance to the Gulf where millions of Africans and other people were suffering due to the incompetence and racist neglect of the Bush administration.

Although the Bush administration rejected such assistance along with similar offers from the Republic of Cuba, the gesture was well received and served to expose the racist character of the U.S. government in the 21st century. Hundreds of thousands of Africans were removed from the Gulf region and most have not been able to return, representing one of the worst cases of ethnic cleansing and genocide in modern history.

In 2005, during the aftermath of the devastating impact of the Katrina hurricane, the Venezuelan government offered to send energy and other assistance to the Gulf where millions of Africans and other people were suffering due to the incompetence and racist neglect of the Bush administration.

Janvieve Williams Comrie, executive director of the Latin America and Caribbean Community Center based in New York City, wrote on the Black Left Unity website: “Under his 14-year leadership, Chavez was able to guide unprecedented government initiatives that led to programs and policies that resulted in significant progress toward combating the historical legacy of racism and discrimination that historically plagued the country. Chavez also provided similar parallel support to other nations with predominantly Afro-descendant populations, where their governments were not willing to make it a priority. President Chavez was able to institute many reforms to ensure African descendants in Venezuela could have full and equal access to social, economic and cultural rights.” 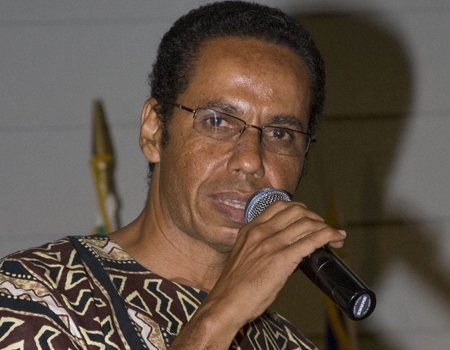 From the Caribbean island nation of Barbados, David Comissiong of the Clement Payne Movement and its Peoples Empowerment Party pointed to examples of advancement made within the region directly resulting from the work of President Chavez and the Bolivarian Revolution. He stressed: “Concrete evidence of his success can be found in the current elevated levels of literally all of Venezuela’s social indicators: in the dominance of socialist and nationalist governing regimes in Latin American countries ranging from Argentina in the south of the continent to Nicaragua in the north; in the existence of the Bolivarian Alliance of the Americas (ALBA), the Community of Latin American and Caribbean States (CELAC), the Union of South American Nations (UNASUR), the Africa-South America Summit, the Petro-Caribe Energy Cooperation Agreement, the Bank of the South (Bancosur), the Television Network of the South (Telesur), and the list goes on and on.”

Mumia Abu-Jamal, longtime political prisoner and former member of the Black Panther Party, issued a commentary in honor of President Chavez. At the funeral in Caracas, the Rev. Jesse Jackson of the Rainbow/PUSH Coalition was present and offered a tribute to President Chavez.

These acts of solidarity over the years have contributed immensely to the anti-imperialist struggle in both the U.S. and Latin America.