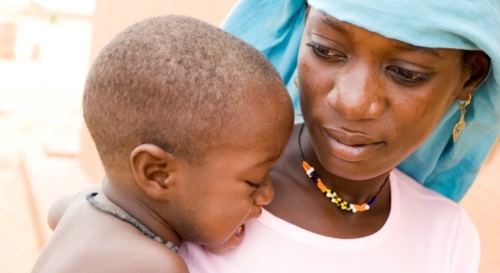 The African Women’s Development Fund USA (AWDF USA) has launched an awareness campaign, Saving Our Future, to educate community members and organize the leadership in hopes of changing the pattern. The campaign, funded by the California Endowment and the Kendra E. Burroughs Memorial Fund, grew from a series of community dialogues in 2012, where community partners from all over the Bay Area participated in panel discussions to make people aware.

It is now in its public phase, where information is being spread to the greater public as a means to lower African American and African infant mortality rates.

Saving Our Future is a two-year multi-media campaign and community dialogue that kicks off at the annual Soul Stroll, an event hosted by the African American Community Health Advisory Committee, on May 18 in San Mateo at Coyote Point Park.

AACHAC’s vision is “to eliminate health disparities through innovative models of health education and services across generations and diverse communities.”

“The AACHAC has been a partner in Saving Our Future for some time now as we’ve geared up the campaign,” says Nancy Deyo, senior advisor of communications for AWDF USA. “We felt that the Soul Stroll for the African American and African immigrant communities, among other communities, was the perfect venue for us to launch (this campaign) because it brings together 3,000 people in the Bay Area who have an objective about how to improve their overall health.”

There will be a booth at Soul Stroll to hand out information about how to have a healthy birth.

“This is really the first step that we’re taking in this new public awareness campaign to try and get the community to join up with us in combating this problem,” said Deyo.

Participants can sign a petition and pledge to join efforts and show they are committed and interested in spreading information to others and contacting public officials to show support for the campaign.

In an April 17 press release for Saving Our Future, the AWDF USA wrote: “African-American and now second-generation African immigrant women of all backgrounds have the country’s highest infant mortality rate – more than two times the infant mortality rate of white women. And African-American women die in childbirth at four times the national average.”

A preview of the campaign’s 30-minute cable show previews Jackie Copeland-Carson, AWDF USA executive director, speaking with other health care and community leaders about Black infant and maternal mortality rates and what it’s going to take to change the cycle. The entire show will be aired on Channel 30 in early May for the Palo Alto area and later streamed on the Midpeninsula Community Media Center website for all to access. Currently, there are short video clips available on YouTube that individuals can watch.

“This is not just about coming in when a woman is pregnant, but supporting women’s health throughout their lives,” says Dr. Amani Nuru-Jeter, associate professor for the Community Health and Epidemiology School of Public Health at U.C. Berkeley.

Data shows that African immigrants come to the U.S. having the same infant and maternal mortality rates as white women, but their daughters – raised in America – have twice as high mortality rates over just one generation. More alarming is that Black women with high income and education levels still have worse birth rates than white women who haven’t completed high school.

Clearly there is more to the issue than access to health care and income.

“This is not just about coming in when a woman is pregnant, but supporting women’s health throughout their lives,” says Dr. Amani Nuru-Jeter, associate professor for the Community Health and Epidemiology School of Public Health at U.C. Berkeley.

“There is belief that racism, stress, lack of social support, environmental causes may be a factor,” said Deyo. “These are complex issues that need to be addressed, not just prenatally, but through a woman’s lifetime. It is an opportunity for the health care community to help women put together life plans, so by the time she becomes pregnant she already has a plan to have a healthy birth.”

According to Copeland-Carson in the video, the AWDF USA is sponsoring Saving Our Future to “bring our communities together to first become aware of this challenge and then take joint social action together and provide mutual support to do something about it.”

The show references a PBS special, “Unnatural Causes,” that focuses on the disproportionate infant mortality rates among Black women – regardless of economic status – and questions what the root causes might be.

“There is belief that racism, stress, lack of social support, environmental causes may be a factor,” said Deyo.

“AWDF USA was created 12 years ago by Africa’s first women’s foundation,” said Copeland-Carson. “It was created to address the challenges facing women on the African continent and women of African descent in the United States. Our vision, our mission is to become America’s trusted partner for giving to African and African American women’s issues.”

According to Deyo, goals of the campaign include 1) greater public awareness about the problem, 2) improvement in the Black infant and maternal mortality rates, 3) participation of community and public leadership – community organizations, elected officials, public health officials – and support for what needs to be done to change the birth outcomes.