by the 70 undersigned criminologists and criminal justice reformers

Aug. 29, 2013 – Finally, there’s some good news for critics of the American justice system: a decline in the nationwide prison and jail population; a significant drop in the rate of African American imprisonment; conservative activists advocating “criminal justice reform”; judges in New York and California blowing the whistle on unconstitutional police and prison practices; a decrease in the use of capital punishment, with 18 states now on record in favor of abolition; and a pervasive sense of political and economic exhaustion with the policies that made the United States No. 1 in the world in punishment. 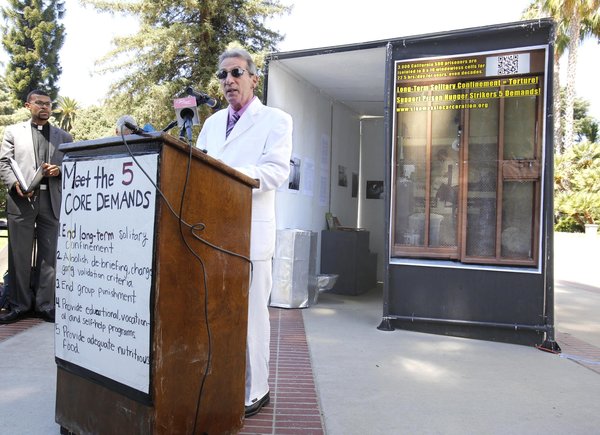 Except here in California, the political class is trying desperately to maintain the state’s reputation for the largest, most punitive and expensive criminal justice system in the country. With policies that echo Southern states’ efforts to derail the Civil Rights Movement in the 1960s, Gov. Jerry Brown and a majority of California Democrats are calling for expanding the prison system; adding unneeded beds in existing prisons; offering money to hard-pressed counties to expand jails; doing deals with global private prison entrepreneurs; reluctantly responding to court-ordered reforms in the health care of prisoners; and refusing to recognize international human rights standards regarding the use of solitary confinement.

The U.S. Supreme Court, hardly a bleeding heart liberal institution these days, affirmed a lower federal court’s conclusion that California cannot keep doing its penal business the same way it has done for the last 30 years.

Meanwhile, thousands of California prisoners are locked up in other states far away from their families; there is a public health emergency in two of central California’s prisons; more than 1,000 prisoners are now serving sentences of five years or longer in county jails designed to hold pre-trial arrestees for a few weeks; and the state’s regular use of solitary confinement as a long-term punishment is out of step with best penal practices around the world and in direct violation of international human rights covenants.

Stop the political posturing and name-calling, and start negotiating before there is blood on your hands.

Finally, we call upon the governor and Legislature to immediately sit down at the bargaining table with representatives of the current prison hunger strike and enter into meaningful negotiations before prisoners die or suffer irreparable damage to their health.

Stop the political posturing and name-calling, and start negotiating before there is blood on your hands.