Oakland – California prisoner hunger strike advocates and supporters continue their efforts to compel state decision makers to negotiate with hunger strikers as they endure their 52nd day without food.

Meanwhile, legal observers at Corcoran State Prison say that the 70 people still on strike at that facility are facing harsh retaliation by prison officials, including the denial of medical care – even for those coming off strike – and the confiscation of personal property. 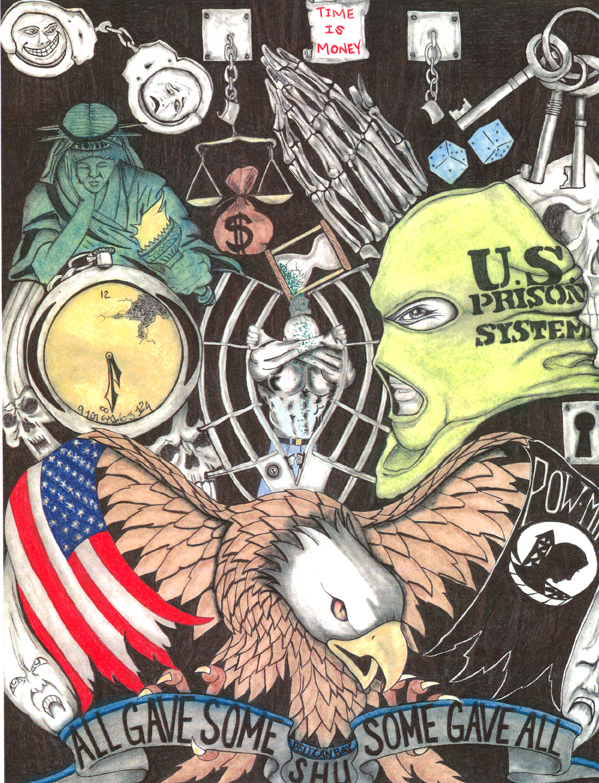 At Pelican Bay, the four main representatives of the Short Corridor Collective – the interracial group in the prison’s Security Housing Unit (SHU) that initially encouraged their fellow prisoners to take up the peaceful protest – have been totally isolated in a single cell block in the prison’s stand-alone Administrative Segregation Unit. Late last week, 51 prisoners being held in the same area were summarily and forcibly removed to other prisons.

Over the past several days, the CDCR’s own numbers show a steady uptick in strike participation.

“They presently have us four main reps on ‘G row’ by ourselves for now. No telling how long we’ll be staying here,” said Pelican Bay striker and Short Corridor representative Arturo Castellanos in a statement yesterday. The outspoken Castellanos has borne the brunt of a vicious California Department of Corrections and Rehabilitation (CDCR) smear campaign that has desperately attempted to vilify his participation in the massive protest as a “gang power play.”

Of the Department’s attacks on the peaceful protest, Castellanos said, “They fail to see the writing on the wall … CDCR is going to change whether they like it or not. This only motivates us more.”

California prisoner hunger strike advocates and supporters continue their efforts to compel state decision makers to negotiate with hunger strikers as they endure their 52nd day without food.

“Greetings. We begin this update on where things stand with our struggle to force an end to long-term solitary confinement and additional major reforms to the prison system with a shout-out of solidarity, love and respect to all of our supporters and people of conscience worldwide.

“As many are aware today marks the 51st day of our peaceful hunger strike. We continue to protest decades of solitary confinement – torture for the purpose of coercion. This is the third hunger strike in two years and yet nothing of real substance has changed for the majority of us.

Castellanos said, “They fail to see the writing on the wall … CDCR is going to change whether they like it or not. This only motivates us more.”

“We are now at a critical stage, where each minute that passes is extremely taxing mentally and physically. Many of us participating since day one are suffering what may be irreversible damage and are facing a very real possibility of death. It is a fact that a major cause of death during long fasts is heart attack. This may come at any moment for us. When it does, we’re done for.

“That said, you may all rest assured that our commitment to this worthy cause remains undaunted. The world is now a witness, as Gov. Brown and his appointee [California Department of Corrections and Rehabilitation Secretary] Beard demonstrate callous and deliberate indifference to the extreme forms of inexcusable suffering our loved ones and ourselves are subjected to in our fight for humane treatment of the prisoner class of human beings.

“Gov. Brown’s response to our peaceful action has not been silence, as so many presume – rather, it has been loud and clear via the propaganda and rhetoric being spewed by his mouthpiece Dr. Beard (aka Dr. Mengele).

“The fascist police state prisoncrats have attempted to misdirect the attention and the growing condemnation of their human rights abuses. They have tried to disrupt public support by dredging up 20-40-year-old histories that are for the most part portrayed in a false light.

“They have desperately tried to justify and further their diabolical agenda and, indeed, expand the numbers of prisoners (and loved ones outside) being tortured – to the point of death, insanity and false confessions.

“They have the audacity to claim our push for reform is a ‘gang power play’ and that many prisoners have been ‘coerced into participation.’ This is another tactic aimed at misleading the public so as to maintain the status quo with impunity.

“They have tried to ignore the fact that our collective peaceful efforts – and our call to ‘end group hostilities’ – are contrary to their propaganda. CDCR’s decades of human rights violations are the catalyst for thousands coming together and taking up this protest.

“Gov. Brown’s response to our peaceful action has not been silence, as so many presume – rather, it has been loud and clear via the propaganda and rhetoric being spewed by his mouthpiece Dr. Beard.”

“Another clear demonstration of where Brown and Beard et al stand is their response to this peaceful action. They have directed their subordinates to subject participants and non-participants alike to systematic retaliation, including but not limited to

“They have rescinded the so-called privileges granted in 2011-2013. And they have cut the number of allowable books from 10 – which has been a right for 23 years – down to five. The above are only a few examples.

“We are calling on all people of conscience to make their opposition heard. We urge the people to demand that the powers that be end this abuse now. Today. Before it is too late for some of us.

“On Friday, Aug. 16, CDCR transferred 51 people on hunger strike from this Ad-Seg Unit down south to a medical facility in preparation for force feeding. This is where we’ll all be soon. Some of us are considering a challenge to such feeding.

“What’s going on in this nation that it has come to such a point? The people have the power to change things now. Know this: Our spirit and resolve remain strong and we know we can count on you all! Together we are making it happen, not only for ourselves but, more importantly, for the generations to come.

“With the utmost solidarity, love and respect – Onward in struggle,

Send our brothers some love and light. Write to them using the name and number shown and adding P.O. Box 7500, Crescent City CA 95532-7500. And keep a close eye on the Bay View Calendar of Events and on prisonerhungerstrikesolidarity.wordpress.com for petitions to sign and events and other efforts to join. Only if every person of good will gets involved can we help California prisoners win their just and reasonable humane demands. 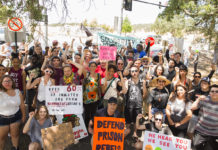 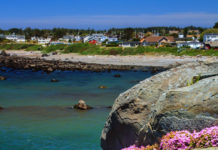 My safari from Pelikkkan Bay