San Francisco – Green Party members are issuing an urgent call for Gov. Jerry Brown to negotiate with California prisoners. More than 30,000 prisoners began a hunger strike on July 8, but the number still refusing food is not known. Greens are demanding that Gov. Brown and prison officials lift the wall of secrecy and let reporters in to speak to the prisoners, photograph them and record their voices. 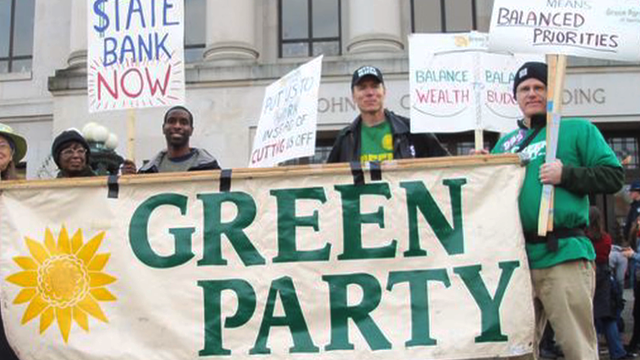 As activists prepare to rally on Aug. 24 in Oakland, the denial of the basic human rights of prisoners in California has caught the attention of Green Party members from around the globe.

Birgit Czerny, a physician and Green Party member who serves in the parliament of Frankfurt, Germany, recently noted the abhorrent treatment of prisoners in California.

“The failure of Gov. Brown and the government of California to respond to this hunger strike is a scandal by international standards,” said Czerny.

Czerny is the wife of Anthony Ross, who is on death row at San Quentin. She noted that the force feeding of prisoners, which is being proposed for the strikers, is a violation of international human rights.

The hunger strikers and their supporters are mobilizing around five core demands, according to the web site prisonerhungerstrikesolidarity.wordpress.com. A key issue is the use of solitary confinement.

Greens will be showing solidarity at an upcoming rally on Saturday, Aug. 24, at 5 p.m. in Oakland at Oscar Grant Plaza, located at 14th & Broadway.