When Malcolm Latif Shabazz was assassinated on May 9, 2013, in Mexico City, it was a devastating blow to people all over the world, but it was especially catastrophic to those of us who knew “Young Malcolm.” Over the last five months, I have watched a lot of people who did not know him comment on what was going on with him before his life was extinguished. 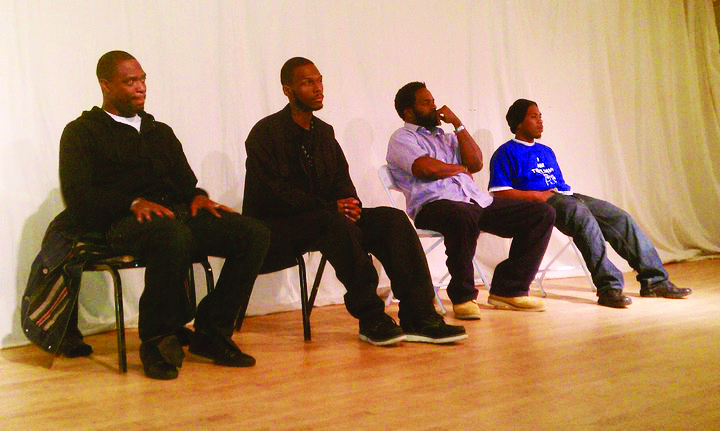 As Malcolm’s birthday approaches, recollections of him fill the minds of those who worked closely with him. Born Oct. 8, 1984, he would be turning 29 in a few days. Happy birthday, Malcolm!

At the time of his murder, many of us, including myself, could not connect mind to pen. The words were not flowing while I dealt with the sudden death of a close comrade, someone that I had met in 2006 through his grandfather’s friend, Yuri Kochiyama.

Malcolm was incarcerated at the time, and my comrade Ra’Shida and I would communicate occasionally with him over the years – until he popped up in the Bay and we met face to face. Before he actually made it to the Bay, he was staying in Houston and we were talking a lot on the phone making preparations for his upcoming speaking tour in the Bay.

Before we ended the conversation, he asked me about the rap group dead prez, whom he knew that I knew personally. I told him that he was actually in the same city as M1 right now and that I could hook them up if he wanted me to. He was juiced, and since that day the two of them, Malcolm and M1, were comrades.

I thought that it would be important to bring the thoughts of Mutulu Olugbala aka M1 on the life and assassination of Malcolm Shabazz to our readers, because this chapter of Young Malcolm’s life has never been told. Check out M1 in his own words.

As Malcolm’s birthday approaches, recollections of him fill the minds of those who worked closely with him. Born Oct. 8, 1984, he would be turning 29 in a few days. Happy birthday, Malcolm!

M.O.I. JR: Can you remember how you and Malcolm Shabazz met?

M1: I met Malcolm Latif Shabazz in Houston, Texas, in 2010. We were put in contact with one another by my comrade JR, who had maintained communication with him while incarcerated. Malcolm’s spiritual path led him to Houston and I was able to be someone he could reason with and offer him a place he could call home if he needed it.

M.O.I. JR: What did you think of him and what he had been through upon meeting him?

M1: I saw Malcolm as a fellow soldier in this struggle. I felt a kinship, a kind of bloodline relationship to him because of his experiences and warrior lineage. I had read about the recent events in his life and thought about how that would shape one’s psyche. I felt a “battle fatigue” that was heavy but could be lightened with revolutionary healing.

He was a friend to my family, my daughters and their mother, Khepera. I saw him as youthful but with an aged soul. I knew that he felt that people misunderstood him and he protected himself from that inside street armor. He was in a fierce battle with the world’s perception of him, yet he sought peace internally.

M.O.I. JR: You two spent a lot of time together in Miami and in Houston. For people who don’t know, what was his personality like?

M1: Malcolm was cool as a cucumber. He had an inner city swagger like he definitely knew the code. We spent much of our time talking about music and admiring how much each of us had an influence on one another in different ways. To me he was an MC waiting to happen.

In Miami we would roll to events together and I would introduce him to my team. He would always make his way to my space when I came in town and we would catch up for hours about money, music, women and life. We planned to work together on a few projects that would fuse revolutionary music with some key players he had met along the way. In Houston, I would accompany him to the masjid and run around making connections as well. He was a magnet, of course, and soundly connected.

M.O.I. JR: You put Malcolm on the phone with the rapper Nas before. What was the significance of this conversation?

M1: Well, first of all I want to make an apology to Nas for talkng about this conversation publicly without asking for his permission; however, I think this moment was important for Malcolm and should be shared with the world.

It began one morning in Houston. Malcolm stayed at my place and we were sharing thoughts as usual. We set out to run a few errands, one of which was for him to make Jumah prayer at the masjid. So as we rode, I asked him had he ever spoke to some of these artists who he listened to, like Nas. He told me a story about his relationship to his aunt while in prison and she had asked him about who he really liked in hip hop. Nas was his favorite hands down. Malcolm schooled her about him and she went, studied and listened.

One day he got a letter from her which included a cassette tape of a song Nas had made with lyrics about young Malcolm, which gave him a scathing criticism in which Nas had been obviously informed by imperialist white power media. I asked Malcolm would he like to talk with him about it, and he said cool. So I texted Nas, who was in Europe on tour with Damian Marley. He replied that he would be able to talk in an hour or so.

So in the meanwhile, I called Bun B, who had been an older brother to me since I touched down in Houston. Bun was enthusiastic about talking with Malcolm and they spoke for a few minutes, even planning to link before we both got too busy again.

Eventually Nas called, and I put them on the phone together. And without revealing too much personal information, I can say that they shared things which allowed them both to grow forward in a healthy way. The jewel I got from the conversation was that the feeling of being wrongly judged is not fair to anyone.

M.O.I. JR: What are your thoughts on his assassination? And all of the rumors surrounding it?

M1: Malcolm’s assassination hurt me deeply. That someone could take his life so callously makes me demoralized about the world. Of course there are forces who didn’t want to see Malcolm X’s legacy live – and were they the ones who threw him down two stories in Mexico City? Who knows?

All I know is I feel like his life was stolen from us. And though many of us felt like guardians to him, no one could save him from himself. For those who understand that, these words are for you. Malcolm Latif Shabazz will forever live in my heart and I want to thank JR for his role in that chapter in our lives.

M.O.I. JR: What is the greatest lesson that you have taken from his short life?

M1: Live in the moment, and realize your impact on the world. Today is the first day of the rest of your life. Look forward with no regret, knowing that surely better days are ahead.

M.O.I. JR: How would you compare his life with his grandfather’s?

M1: Though the paths were similar in some ways, there is no comparison. We are here to complete the works of our ancestors. To stand atop their shoulders and reach higher. I wish Malcolm could have reached his full potential.

Live in the moment, and realize your impact on the world. Today is the first day of the rest of your life. Look forward with no regret, knowing that surely better days are ahead.

M1: I am touring with The New Midnight Band playing tributes to Gil Scott Heron “re-envisioned” with his long time musical partner Brian Jackson and a host of legendary soul musicians. We recently played jazz festivals around Europe and in Monterey, California. The songs are from an album called “Evolutionary-Minded,” which was released on Motema Records in September 2013.

I have also executive produced an EP of Time Travel Remixes for dead prez’ latest “Information Age” release, which will be available in November 2013. Some featured guest appearances include Busta Rhymes, Black Thought, Bun B, Reek da Villain, Dee 1, Fre I and Tr!x.

M1: Look for me in the whirlwind … and in the matrix of course, deadprez.com. 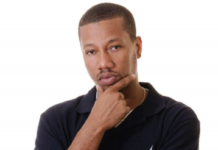