Poor News Network review for the revolution by Tiny, daughter of Dee, Mama of Tiburcio

I’m not sure which knife-point of ancestral trauma in the new movie “12 Years a Slave,” based on Solomon Northup’s autobiography, caused me to crumple into a paralyzed ball on the floor. I am not sure when I became unable to breathe or even see straight while watching the continuous acts of graphic genocide, racist hate, hegemony, brutality and oppression filter across the movie screen. And I’m really not sure how I made it through the entire movie. But I did. And I need to issue a solemn warning: In my humble opinion, this movie is not for the descendants of African peoples sold into chattel slavery in Amerikkka. 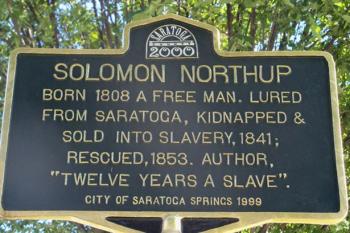 As the daughter of a Black-Indian orphan who was in struggle her whole life due to the post-traumatic slave syndrome of her family, the torture of her Black-Native, orphaned and unprotected child body and the struggle of her to raise me as a disabled single mama of color in Amerikkka, I heard the brutal stories of this movie in graphic detail and many more from her all the time. But perhaps more importantly, I lived through her hell, my own subsequent hell, and still walk and pray and try to activate change through the daily hell of our collective, un-healed and un-resolved ancestral and present trauma living in Amerikkka.

But what I do know is this movie is for ALL peoples who are descendants of slave-owners and all peoples who have benefited from and continue to benefit from the white-supremacist kkkorporate structure of racism and colonization. From the Wall Street stockkk market – where African people’s bodies were “sold,” in addition to other “property” – to the bankkks and real estate markkket which continue to buy and sell stolen, indigenous land, develop and displace poor people and people of color, to the corporations who move across Mama Earth, stealing, using, profiting from and committing genocide on indigenous peoples from Africa to Brazil, to the new slavery which includes all these false borders, plantation prisons and killer corporations and finally to the lie of U.S. philanthropy and the Poverty Industry.

In fact from our perspective at PeopleSkool, this movie will be “required reading” for all of our mentees with race and class privilege as part of an ongoing and living curriculum on what we call Community Reparations.

At POOR Magazine, we teach and deconstruct the many-layered and deep hypocrisies of philanthropy in Amerikkka, which can trace its roots back to some of the original benevolent slave-owners, plantations and eugenicists. We are blessed to be in solidarity with activated young peoples with race, class and formal education privilege who own their spaces of privilege and don’t try to save us, teach us or pimp us. But rather they step up and walk with us in revolution and liberation, activating true reparations.

“Please don’t take my baby away,” cries a mother in one of the hundreds of terrifying moments of this painstakingly real horror movie, which articulates the genocide of slavery so well, to the broker, who was also an insurance agent, selling mothers away from their children. Many of the same insurance companies we deal with today can be traced back to the earliest U.S. insurance companies, which insured slaves. 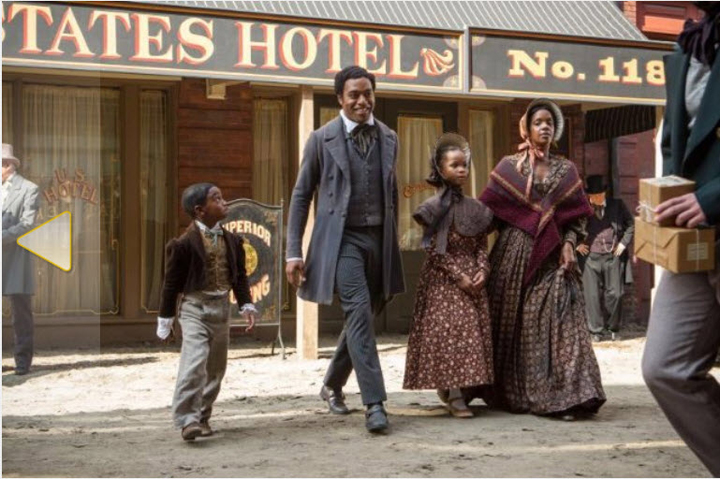 The utter destruction of everyone, including the “benevolent and not so bad slave-owner” was terrifying. And then the desperation that you feel with the mama to convince the wavering “not so bad” slave-owner to just “splurge” and “buy” her children along with her, their mama. And then when he doesn’t, you watch her babies be literally sold to pedophiles and pimps knowing, feeling and seeing all of the genocidal consequences of that act in their most graphic detail.

Then there are the hypocritical “not so bad” benevolent white people who “notice” Solomon Northup’s talent on the violin and then give him praise and a violin while selling the now crying mama away to an even more brutalizing slave-owner because his wife doesn’t like “her depression.” And this same “not so bad” slave-owner who also employs the most racist, sick, brutal cracker overseer so he can make a profit on his cotton field and yet take no responsibility for his actions or the actions of this overseer. How many of us know these kinds of folks today?

And as Solomon revolts and beats up the cracker, you feel a terrifying happiness and then the sick fear that settles in your gut at what awaits him, making you run out of the theatre, screaming for Nat Turner. 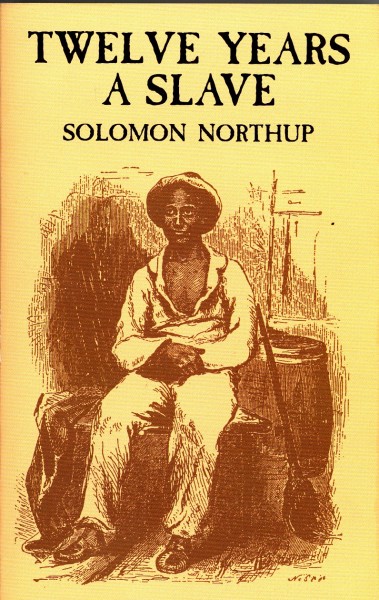 The weird almost classism of Solomon and another “free” man, who were both “free” before they were kidnapped, against some of the other slaves because they see themselves as more evolved, educated or aware and, in the case of Solomon, who until much later in his torture doesn’t empathize with the desperation of Patsey, one of the brutalized, raped and endlessly tortured members of the brutal slave-master’s plantation.

There are many other lessons of hegemony, corporate profit, brutal Christian hypocrisy, U.S. imperialism and genocide in this terrifying movie that make it required viewing for all people unpacking the lie of capitalist, racist Amerikkka to help them realize why they need to activate direct and complete reparations immediately.

The Brad Pitt character is not a benevolent slave-master, just a conscious white person carpenter of the time. In my opinion, he does nothing brave; he only uses his white privilege to activate justice among so much racist in-justice that counted on people doing what most people tend to do: Nothing.