On Sept. 13, 2014, the most progressive of the Bay Area’s Black and pro-Black journalists came together to celebrate one another and to give awards to a well deserving few. It was also a salute to the real legacy of Black journalism in the United States that was born out of the fight for human rights and self-determination.

Black people’s first journalists, people like Frederick Douglass, talked about the wretchedness of slavery, Ida B. Wells documented the many lynchings across the country of Black people, and Marcus Garvey communicated self-improvement across a number of colonial languages to create one of the biggest Black multi-national organizations that the world has ever seen.

Coming on the heels of the kidnapping of over 200 girls in Nigeria, the Ebola epidemic in Africa, the Ranisha McBride verdict, the Ferguson rebellions, the Ray Rice domestic violence scandal, the Adrian Peters child abuse cases and the release of political prisoner Marshall Eddie Conway, the Black media had a lot to talk about.

U.S. mainstream media has been engrossed in demonizing and criminalizing the image of Black people, crystallizing why it is important for us to get together to begin to communicate and organize the distribution of information in our community on our own behalf.

Without the right information, we cannot make informed decisions in our own collective self-interest. The Black media becomes even more vital in a society built on capitalism and white supremacy in the technological age.

On Sept. 13, 2014, the most progressive of the Bay Area’s Black and pro-Black journalists came together to celebrate one another and to give awards to a well deserving few.

The second Black Media Appreciation Night was held at the African American Art and Culture Complex in the Fillmore District, now known as the Western Addition of San Francisco. It once was a neighborhood filled with Black people known for its night life. Now it is one of the most gentrified parts of San Francisco, with the gentrifiers even going so far as to change the name to disassociate themselves from the great jazz and legendary night life of the old Fillmore, known worldwide as Harlem of the West.

The event started with a reception honoring the 82nd birthday of Dr. Willie Ratcliff, publisher of the SF Bay View newspaper. Then legendary jazz trumpeter and djialli (griot) Phavia Kujichagulia officially kicked off the awards ceremony with libations during the opening performance with her band, Ma’at. She also hosted the event and handed out many of the stunning awards, hand-crafted with love by celebrated artist Eesuu Orudide, who was present to cheer on the honorees.

The honorees included the acclaimed homegrown photographer TaSin Sabir, who recently released “Madagascar Made,” a photography book about her recent soul-searching journey to Madagascar, receiving the Champion of Photography award. The Johnson family, Karen, Greg and Tamiko, owners of Marcus Book Store in San Francisco, the oldest Black book store in the U.S., were honored with a Lifetime Achievement Award for Promoting Literacy in the Black Community.

Leroy Moore, founder of Krip Hop Nation and Sins Invalid and writer for Poor News Network, was honored as the Champion of Disabled People in the Media. Harrison Chastang received the Champion of Broadcast News award for his work as news director on the Black-owned San Francisco-based KPOO radio station and technical advisor to Black media.

Robert “Fleetwood” Bowden was honored as Champion of Positive Black Images in the Media after completing his two books, numerous rap songs, and a heartfelt documentary on some young little sistas growing up hard in the violence and drug infested streets of West Oakland. Deverol Ross received the Champion of Technical Support award for his work behind the scenes with radio shows like the Block Report and Hard Knock Radio and stations like KPFA and KBLX, who depend on his know how and knowledge of electronic equipment.

Author Cecil Brown was honored as Champion of Biographical Literature because of his recent biography on the legendary comedian, also his friend, Richard Pryor. Black Panther Minister of Culture Emory Douglas received a Lifetime Achievement Award for Political Art in Black Media, earned over decades beginning with his world-renowned artwork for The Black Panther newspaper.

KPOO broadcasters Melonie and Melorra Green, hosts of the Ibeji Lounge every Tuesday 8-10 p.m., were honored as Champions of Culture and Black Women in Radio. Samm Styles took home the Champion in Film Making award after making films like Black August and others.

Adam Hudson was honored as Champion of International News for his coverage of important stories, most prominently for travelling to and reporting on Guantanamo Bay. Thandisizwe Chimurenga received the Champion of National News award for her coverage of the trial of Ted Wafer, murderer of Renisha McBride, and the recent unrest in Ferguson.

And the night was dedicated to the memory of the recently transitioned journalist and editor Kevin Weston, who trained a good number of the Bay Area’s Black journalists as well as journalists of all colors. His family, consisting of his little daughter Lelah, his widow Lateefah Simon and mother Geraldine Singleton, came to accept the award.

The night was beautiful, with broadcasters like Greg Bridges of KPFA’s Transitions on Tradition coming through to present some awards and Davey D of Hard Knock Radio alerting us to the latest attack on net neutrality. Superstar Kev Choice engulfed the hall with the sounds of many genres in an amazing one man keyboard set.

Bay Area-based comedian and KPOO broadcaster Donald Lacy got us laughing at ourselves in a lively comedy set. And to top it all off, San Francisco Supervisors London Breed and Malia Cohen presented additional certificates paying tribute to the honorees. The night was magnificent, so be on the lookout for another Black Media Appreciation Night next year.

Also remember it’s getting harder and harder for the Black media to survive, because when Black people are not gripped by an international tragedy, we forget the importance of supporting Black media and want to assimilate into watching, reading and listening to what everybody else is watching, reading and listening to. Once we realize that mainstream media was created to justify the terrorism being waged against us in this country, every second of every day, then we will begin to realize we have to support our own media if we are to think outside of this psychological cage that we have been stereotyped into – that is propagated through white supremacist media. 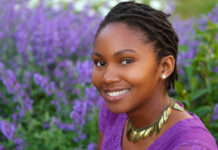 ‘Madagascar Made’: an interview wit’ author and photographer TaSin Sabir