In his 22 years as the powerful man in Rwanda and 16 years as the president of Rwanda, Paul Kagame has proved to be not a tyrant and dictator responsible for large scale human rights abuse with an extreme and effective way of crushing dissidents and political opponents.  Hd has nevertheless been able to garner many powerful friends.

For the last 20 years, Paul Kagame has been credited with stopping the Rwanda genocide when he was the commander of the Rwandan Patriotic Army (RPA), a rebel force that took power in Rwanda in 1994. This made him a global celebrity praised by some leaders of the free world like Bill Clinton, who called him “one of the greatest leaders of our time,” and Tony Blair, who called him “a visionary.” Bill Gates and Pastor Rick Warren are also among the people who work closely with Kagame.

Under Kagame’s leadership, the Rwandan economy has been praised as a miracle. More than once, Kagame has been invited to high end and prestigious international forums to speak about the economy, leadership and environmental issues in the world. He has several times spoken at universities in the USA, including the Harvard University School of Business, where he is invited again as a speaker this coming weekend.

Before heading to Harvard, Kagame will be speaking on Thursday, Feb. 25, 2016, at the IHS CERAWeek 2016 being held in Houston. The conference, whose theme is “Energy Transition: Strategies for a New World,” covers many topics including global markets, technology, competitive strategies, industry structure, regulatory policy and geopolitics. Participants are essentially leaders and executives in oil, natural gas, power, coal, nuclear and renewable energy industries.

One can ask oneself why Kagame has been invited as a speaker at this event while he has nothing to offer in regards to energy, as he has no achievement in this regard.

Looking at the recent history of Rwanda and the reality of what’s happening in real life on the ground inside Rwanda and the neighboring countries, the picture that is revealed there is the opposite of what Kagame has been praised for. Many have started to question the rhetoric about the economic growth in Rwanda, as many reports are showing an increase in poverty in the country, an increase in corruption and also a lack of basic infrastructure for a real growing economy, such as energy, manufacturing plants and also a qualified labor force.

In 2006, in his article titled “Rwanda, ten years on: From genocide to dictatorship,” Professor Filip Reyntjens stated: “Ten years after the 1994 genocide, Rwanda is experiencing not democracy and reconciliation but dictatorship and exclusion. … [The Rwandan Patriotic Front, President Kagame’s ruling party has] concentrated power and wealth in the hands of a very small minority, practiced ethnic discrimination, eliminated every form of dissent, destroyed civil society, conducted a fundamentally flawed ‘democratization’ process, and massively violated human rights at home and abroad.”

In 2010, the United Nations published what they called “The U.N. Mapping Report,” documenting serious crimes in the Democratic Republic of the Congo. In this report, the Rwandan army under the leadership of President Kagame is accused of “widespread and systematic violations: war crimes, crimes against humanity, and possibly genocide.”

The report meticulously documents 617 violent incidents, each pointing to the commission of gross human rights violations or international crimes. Most of these individual incidents, the report states, targeted several unarmed civilians, often women and children. The 550-page report detailing killings, rapes, destruction and other violent attacks is alarming, not least because similar crimes continue to be committed in the DRC, where impunity still reigns large.

In its 2014 report, the Bureau of Democracy, Human Rights and Labor of the U.S. Department of State documented the human rights problems in Rwanda. This bureau mentioned, among other abuses committed by President Kagame and his regime, “disappearances, government harassment, arrest, and abuse of political opponents, human rights advocates, and individuals perceived to pose a threat to government control and social order; disregard for the rule of law among security forces and the judiciary; and restrictions on civil liberties.”

In 2014, the BBC produced an unprecedented documentary in which the rhetoric and the official narrative on the 1994 Rwandan genocide is revisited. In this documentary, “Rwanda’s Untold Story,” we learn that the official story we have been told over and over again about what happened in Rwanda in 1994 might not be the truth.

In his own words, Professor Allan Stam of the University of Michigan, based on his research and investigation on the ground in Rwanda, says: “What the world believes and what actually happened in Rwanda during the genocide are quite different. In this documentary, Paul Kagame is accused by his then comrades in the army, Gen. Kayumba Nyamwasa and Maj. Dr. Theogene Rudasingwa of being responsible for the shooting down of the plane of then President of Rwanda Juvenal Habyarimana, an act of terrorism viewed as triggering the genocide.

The documentary also accuses the RPF of widespread and systematic killings of the Hutu population during and after the genocide. Paul Kagame is also accused of using the genocide as an export currency to gain more attention for the international community.

All these accusations and facts are just a small part of all other abuses committed by President Kagame and his regime. For the last 10 years, Kagame has been crushing his dissidents and political opponents by killing them inside the country or abroad and also silencing them by putting them in jail. To name a few, those include political party leaders like André Kagwa Rwisereka, leader of the Green Party in Rwanda, who was found dead and decapitated just days before the 2010 presidential elections.

Victoire Ingabire Umuhoza, leader of the FDU Inkingi, an opposition political party, is in jail since 2010 on fabricated charges and sentenced to 15 years behind bars. Dr. Theoneste Niyitegeka is still languishing in jail as we write simply because he dared to run for president in 2003.

Deo Mushayidi, former president of PDP Imanzi, an opposition party, is also in jail just because he ventured to practice politics in opposition to President Kagame. The famous musician Kizito Mihigo, a genocide survivor, is serving 10 years of jail time just because of the truthful and uniting messages found in his gospel songs.

The list of those who were silenced by the Kagame regime can go on and on, but we cannot help but mention the current military kangaroo court hearings in Rwanda on Gen. Frank Rusagara and Col. Tom Byabagamba.

How about Col. Patrick Karegeya, former Rwandan chief of external intelligence, who had fallen out with Kagame and was a member of the RNC (Rwanda National Congress), another opposition political party, was found strangled to death on 2015 New Years’ Eve in a hotel in South Africa? Kagame’s former personal physician, Dr. Emmanuel Gasakure, was shot dead while he was in police custody for no reason.

The business tycoon Assinapole Rwigara, journalists, human rights activists and scholars are also on the list of those who were killed by President Kagame and his regime. These evil tactics by President Kagame and his regime were also revealed by his former economic advisor and personal secretary, Dr. David Himbara and Maj. Robert Higiro during their recent appearance at the congressional hearing on May 20, 2015.

In his recent book “Bad News: Last Journalist in a Dictatorship,” award winning journalist and author Anjan Sundaram exposes Kagame’s network of fear. At a time when he was living in Rwanda and teaching journalism, Anjan describes in details how the people in Rwanda, especially journalists, live a life of terror and fear.

More recently, President Kagame has been accused of meddling in the domestic affairs of the Democratic Republic of Congo and Burundi by arming groups that have been causing chaos and insecurity in those countries. The U.N. has just released a report accusing the Rwandan army of recruiting and arming Burundian refugees in Rwanda in order to attack their own country.

Against the above background, therefore, one wonders how all those who are inviting President Kagame to make speeches do not realize that he has nothing to offer. He is a serial killer who is just trying to buy time and cover up his wrongdoings and crimes. The Harvard University School of Business community should pause before giving him the podium.

Writer Freddy Usabuwera can be reached via Twitter at @usabfreddy. 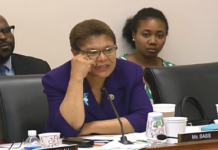 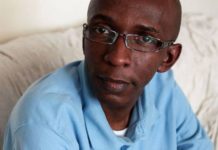 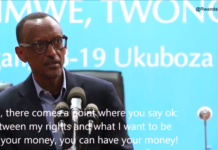