It is clear now that the 45th president of the United States is knowingly or unwittingly a tool of the Russian government. But for many years before the dumpster fire in the White House came into office, the Kremlin has been wielding a secret weapon against the “land of the free.”

This weapon is “secret” not because it is hidden, but because a large segment of the American public refuses to acknowledge its existence.

Recent news stories have focused on Russian hackers who have attempted to manipulate the sense of injustice that burdens Black Americans, but these stories fail to fully point out the comprehensive racial injustice that is inherent in America’s DNA.

The focus of these stories is on the Russian meddling because that is of more concern to those media outlets than the racial injustice spotlighted by the Russian trolls. Typically, many Americans can be outraged by the use of American hypocrisy as a political tool but have little concern for the hypocrisy itself.

These hypocrites see enraged African Americans as playing into the hands of the Russians. But they are the ones who support both the police officers who murder unarmed Black men and the politicians who conspire to disenfranchise Black voters – scenarios that provide fertile ground for effective Russian intervention.

The focus of these stories is on the Russian meddling because that is of more concern to those media outlets than the racial injustice spotlighted by the Russian trolls.

A brief review of history can pull the curtain back on how America’s racial hatred has played into the hands of the Soviet state and later the Russian government.

Truman told him that the time “was not right” to propose such a bill. On Dec. 17, 1951, Robeson presented to the United Nations an anti-lynching petition directed at the United States titled “We Charge Genocide.” A year later, Robeson was awarded the International Stalin Prize by the Soviet Union.

Paul Robeson’s career and political activism spanned several decades and cannot be fully addressed in this article, but without question, Robeson’s quest for justice for all people put him at odds with the American power structure, and the Soviet Union sought to take advantage of that.

Before Robeson, there was the case of the Scottsboro Boys. These nine African American youths, two of whom were only 12 and 13 years old at the time, were wrongfully accused of raping two white women in Alabama in 1931.

In her book published in 2000, Mary Dudziak clearly laid out evidence that between 1945 and 1965 American officials realized that the country’s racial problems were ruining its image abroad. Of greatest concern was the message being projected to the newly independent African and Asian nations.

President Dwight Eisenhower was not committed to civil rights until Secretary of State John Foster Dulles explained to him how the violent opposition to desegregating Central High School in Little Rock, Arkansas, was being witnessed around the world, exposing the lie of American fairness.

America is, and has been during its entire existence, a nation state founded on racism and white supremacy. And as long as America continues to function on systemic racism, Russia will continue to use that fact to its advantage.

Like Eisenhower, President John F. Kennedy had no disquiet over racial injustice, but after it was made clear that the world had witnessed the church bombing and extreme police brutality in Birmingham, Alabama, and the spectacle of Alabama Gov. George Wallace blocking a young Black woman from entering the University of Alabama, Kennedy realized that the country’s international image was giving credence to the Russian accusations of hypocrisy.

During this same time, diplomats from newly independent African nations were sending word back to their governments about the racism they were encountering from many white Americans. And every instance of racism and overt white supremacy was ammunition for the Soviet media.

No one should deny that the Soviet Union – and now Russia – has tried over the years to capitalize on the racial strife in America in order to advance its own geopolitical interests. But the fact that Russia points out the obvious does not negate the obvious.

America is, and has been during its entire existence, a nation state founded on racism and white supremacy. And as long as America continues to function on systemic racism, Russia will continue to use that fact to its advantage.

Americans should never allow any foreign government to try to interfere with its democratic process. But, each time a Philando Castile or a Sandra Bland or a Trayvon Martin suffers an injustice in the United States, we must ask ourselves, “Who are we protecting American democracy for?”

Each time a Philando Castile or a Sandra Bland or a Trayvon Martin suffers an injustice in the United States, we must ask ourselves, “Who are we protecting American democracy for?” 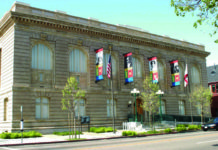