San Francisco – On the last day of May, Mayor London N. Breed unveiled her budget proposal for Fiscal Years (FY) 2019-2020 and 2020-2021, which includes important new investments in programs to create more housing, prevent homelessness and transition people into services and housing, clean the City’s streets, provide behavioral health treatment, and ensure that the City government is working for all San Franciscans.

The annual $12.26 billion for FY 2019-20 and $11.96 billion for FY 2020-21 budget is the culmination of months of collaborative work with elected officials, City departments, non-profit organizations, neighborhood groups, merchants, residents and other stakeholders. Mayor Breed and her staff conducted a comprehensive public outreach process, consisting of six budget policy roundtable meetings with neighborhood leaders, two town halls, and online feedback to hear from residents on their priorities and reflect them in the budget.

Mayor Breed’s proposed budget focuses on equity and accountability, which includes investing in neighborhoods and communities that have been traditionally overlooked and are in dire need of key housing and infrastructure improvements. In her budget announcement, Mayor Breed announced that, including the proposed $600 million affordable housing bond for the November election, she has identified over $1 billion for affordable housing since taking office.

Mayor Breed announced her budget in the Sunnydale neighborhood, home to San Francisco’s largest public housing site, where currently most of the housing units and community spaces are in various states of disrepair. Through the HOPE SF program, the City is working to build new public housing units to replace the existing 750-plus units and add nearly 900 new affordable housing and market-rate units, as well as new streets, utilities, infrastructure, retail, and parks and open spaces.

“This budget will continue the work we are doing to create more housing in San Francisco, help our homeless residents get the care and shelter they need, clean up our streets, support our small businesses, and invest in programs that will change people’s lives for years to come,” said Mayor Breed.

“Over the past few months, I have had dozens of meetings with residents, neighborhood leaders and other stakeholders to make this process as collaborative as possible. This budget reflects our efforts to be more equitable and more accountable to all of our residents, including those who are often overlooked in neighborhoods throughout the entire City.”

Mayor Breed’s two-year budget makes significant new investments in creating more housing and supporting low- and middle-income residents who are struggling to afford the high cost of housing in San Francisco. Over $187 million in new funding will go to the creation of new affordable housing, preservation of existing affordable units, and prevention of eviction and displacement.

When taken together with Mayor Breed and Board of Supervisors President Norman Yee’s proposal for a $600 million Affordable Housing Bond and Mayor Breed’s housing investments in FY 2018-19, these investments will result in the Mayor identifying over $1 billion in total discretionary funding for affordable housing since taking office.

To address the homelessness crisis, Mayor Breed is proposing over $100 million in new funding over two years for homelessness services to bolster the City’s ability to help people off of the streets and into care and shelter. This includes investments in Rapid Rehousing programs, new permanent supportive housing, homelessness prevention, and an expansion of Navigation Center and shelter beds to reach Mayor Breed’s goal of opening 1,000 new beds by the end of next year.

Responding to critical health needs in our community

The clean streets investments would also expand the Tenderloin Clean block sweeper program by adding an afternoon and evening shift seven days a week and continue the weekend expansion of the Tenderloin Clean and SOMA Clean programs. It would maintain the Downtown Streets Team, a workforce development initiative that employs formerly incarcerated, homeless, and other hard-to-employ individuals to do targeted street cleaning in the Mission and the Haight. Finally, it would add funding for the Chinatown Clean program, which will operate five days a week.

The budget includes $9 million over two years to support small businesses. These investments include the expansion of the SF Shines Program, which provides grants for small businesses to fund storefront and interior improvements, as well as design services for issues like compliance with the Americans with Disabilities Act.

The budget continues Mayor Breed’s commitment to not only addressing San Francisco’s immediate problems, but also investing in the City’s future by providing $8 million for her signature program, Opportunities for All, a youth workforce development program that connects high school aged youth with paid job training and internship experiences. Additionally, it invests $10 million to retain talented educators at schools that serve historically underserved populations and experience high teacher turnover. 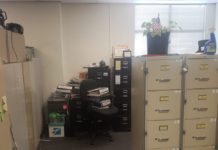