by Darrell Lomax aka Malik Hasan

I declare the following:

I am innocent. And no evidence exists to contradict this truth.

There is no physical evidence linking me to the crime scene or the gun alleged to have been used in the robbery-murder for which I have been wrongfully imprisoned.

This includes the negative results from the gunshot residue tests, which proved I did not fire any firearm.

In addition, the fingerprints and DNA lifted from the murder weapon were not mine. All the attending witnesses, including the surviving store clerk who offered the identification of Angela Toler as the person who killed the victim, cleared me during a field identification line-up.

The store clerk, amongst others, should have been called by the defense counsel during trial but was not called, leaving the false testimony from the DA to stand unchallenged.

Angela Toler made a deal with the state to avoid being prosecuted for the same charges that I faced and lied about my involvement.

I was subjected to a warrantless arrest – in the absence of probable cause – as a backseat passenger during a traffic stop for an illegal lane change.

My conviction and sentence of death are constitutionally invalid and void as a matter of law. I possess evidence of this.

As a result of this traffic stop, two handguns were reportedly found during the exploratory search of the vehicle on Aug. 29, 1994. This constitutes a false arrest, as there is no evidence linking me to these handguns or the murder scene.

My conviction and sentence of death are constitutionally invalid and void as a matter of law. I possess evidence of this.

The Long Beach Municipal Court did not have fundamental jurisdiction, in the absence of a formally filed criminal complaint, to conduct court-calendared arraignment proceedings under the case number they used.

After the original case was ordered to be dismissed due to substantive rights violation, the trial court did not comply with the order. Not only did they not comply, they resumed the felony prosecution using one of two previous case numbers that was on the record.

I have evidence that one of the original case numbers was consolidated with the new proceedings, which means these proceedings were not valid. The refusal to follow the court order to release me and dismiss the case constitutes false imprisonment and means all proceedings after this act should be considered invalid.

The Long Beach Superior Court did not have jurisdiction to act because of the order to dismiss the case against me, which mandated my release from custody and was issued by the California Court of Appeals 2nd District on March 9, 1995. It was completely unlawful and an abuse of power to defy the higher court’s order that deprived me of the relief issued.

I deserve new counsel who will provide zealous appellate advocacy.

I am innocent and have been falsely imprisoned for 27 years. Please provide your allyship and support. 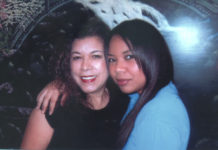