By definition, a historian is an expert or student of history. I am not an expert or a student, but one whose family has been intimately involved in the Black history of this country and I was raised, lived, studied and worked in those areas most prominent in Black history: Washington, D.C., Southern Maryland and Boston.

Whether through family history or personal stories of direct descendants of great men and women, I am your griot. I am Frederick Jordan, your storyteller.

My first name, Frederick, represents a renaming of my family in 1882 after Frederick Douglass, born in Talbert County, Md., one year before my great grandfather was born in 1819 a little to the south across the Chesapeake Bay in St. Mary’s County.

Ironically, one year later, Harriet Tubman was born in 1820 in Dorchester County, Md., directly across the Chesapeake Bay between my great grandfather and Frederick Douglass. Harriet Tubman was the founder of the Underground Railroad for slaves to escape bondage. A movie, “Harriet Tubman,” was released of her life Jan. 1, 2018.

However, Frederick Douglass was the most popular African American in the 1800s and served as an adviser to President Abraham Lincoln during the Civil War from 1861 to 1865. Lincoln issued the Emancipation Proclamation on Jan. 1, 1863, freeing the slaves in the South.

Some detractors say he only freed the slaves to win the war. The reason why the South was seceding from the Union was because it knew that Lincoln was going to free the slaves! Frederick Douglass would have never acceded to Lincoln if he was not true to his intent to free the slaves along with many abolitionists at that time, no matter what others might say to mitigate Lincoln’s intent.

A famous quote of Lincoln’s was, “I would not be a slave; therefore I would not be a master.” The celebration of Juneteenth, representing the freeing of the last slaves in Texas by the Union Army two and a half years after the Emancipation Proclamation, is the annual celebration of many organizations, including the San Francisco African American Chamber of Commerce.

The movement to free the slaves in America began before the American Revolution in 1776. When I was in school in Boston, I used to walk up to Boston Hill and have lunch under the statue of Crispus Attucks, an American of African descent.

Crispus Attucks was the first person killed in the Boston Massacre of 1770 and was thus regarded as the first person to die in the American Revolution, making him an icon of the anti-slavery movement for playing a heroic role in the history of the United States. But America kept its slaves.

As the Revolutionary War was coming to an end, a new country was formed on March 1, 1781, with the adoption of the Articles of Confederation. Actually, the document was agreed upon in 1777, but Maryland, the most powerful of the 13 colonies, backed out because New York and Virginia had not ceded their Western lands, giving too much political power.

Once the signing took place in 1781, forming the United States of America, a president was needed to run the country. Was it George Washington? No!

There were seven presidents, serving one year each, before George Washington became president in 1789 under the newly written Constitution. The first president of the United States was John Hanson, from Charles County, Md., 1781-1782.

John Hanson was a major player in the revolution and was elected unanimously with the support of Gen. George Washington. After sending 800 pounds of sterling silver to pay the troops, he settled down, ordering all foreign troops off American soil, established the Great Seal of the United States, the Treasury Department, Secretary of War and the Foreign Affairs department. John Hanson was a Moor from North Africa.

The first president of the United States remains today the biggest travesty of our American history. In total denial that an American of African descent could be the first president, many related to him as Arabic.

The Moors of Morocco had ruled Spain for 300 years, along with all of North Africa, Portugal and Sicily up to 1492 – who else would be wealthy enough to send 800 pounds of sterling silver to the troops? My father, an African American, had DNA results of people living in Spain – Moors.

When I was at the United Nations in 2018 in New York, several Moroccans approached me to ask what part of Morocco I was from. First president or not – America kept its slaves.

Of many abolitionists, the best known was Ben Franklin, a founding father of our country, an author, politician, scientist, statesman and diplomat. He became president of the Pennsylvania Society for the Promotion of the Abolition of Slavery. In 1789 he submitted a petition to Congress to abolish slavery and end the slave trade.

My mother did a DNA test through the Africa Heritage Lab that identified the Mende tribe of Sierra Leone as my family ancestors. In 2002, acclaimed movie producer Steven Spielberg captured the saga of the slave trade in the movie “Amistad,” depicting the courage and brilliance of the Mende people.

Jennings courageously stood with President Madison and carried the painting of George Washington home, saving a national treasure. Jennings, described as fiercely intelligent, later became an abolitionist following his freedom, authoring the first White House memoir, “A Colored Man’s Reminiscences of James Madison.” In 2012, the Obama White House held a reception for a book on Paul Jennings called “A Slave in the White House,” by Elizabeth Dowling Taylor.

On losing the War of 1812, the British shipped the 30,000 slaves to Nova Scotia or they would have been killed. Later the British set aside a City in Sierra Leone for slaves returning to Africa and called it Freetown.

My mother did a DNA test through the Africa Heritage Lab that identified the Mende tribe of Sierra Leone as my family ancestors. In 2002, acclaimed movie producer Steven Spielberg captured the saga of the slave trade in the movie “Amistad,” depicting the courage and brilliance of the Mende people.

Leading up to the Civil War, the gravity of the slaves’ desire to be free intensified. Nat Turner in 1831 led the most effective, sustained insurrection in the annals of American Negro slavery.

In Southampton, Va., Nat Turner led a revolt that killed over 60 men, women and children in what was described as the most atrocious circumstances of cruelty and destruction. But in this slave revolt emerged the “prophet” of the slaves and, like Moses, “Let my people go!”

At the age of 7, Turner was preaching to the slaves of things that happened years before and at the age of 31 he had been waiting for the signal from God that his revolt, which included many whites who knew they were going to die, must be atrocious enough to jolt the country to admit that the slaves should be set free.

“The Confessions of Nat Turner,” by William Styron, may differ from my accounts because of the many hours here in San Francisco that I shared with my friend Richard Turner, great grandson of Nat Turner, who often spoke of the irregularities of the book. Later, in 1859, abolitionist John Brown, a white man, led a raid on Harper’s Ferry, Va., in an attempt to start an armed revolt of enslaved people and destroy the institution of slavery.

Much of Black History developing out of the Civil War to the present showed the frustrations of discrimination, oppression and broken promises to citizens of African descent. Another one of my son’s great, great, great grandfathers rode with Gen. William Tecumseh Sherman as the Union Army fought its way across the South to the sea to win the war for the Union.

Gen. Sherman was so impressed with his colored soldiers that on the courthouse steps in Birmingham, Ala., using Special Field Order 15 authorized by Congress, he allotted up to 40 acres to freed families and donated his army mules to make it “40 acres and a mule.” But after President Lincoln was assassinated and Vice President Johnson succeeded him, Johnson worked with Congress to deny the former Congressional Order.

Fred Jordan, who heads a world-renowned engineering firm and is president of the San Francisco African American Chamber of Commerce, can be reached.at SFAACC, 1485 Bayshore Blvd, San Francisco, CA 94124, 415-749-6400 or fredjordan@fejordan.com. 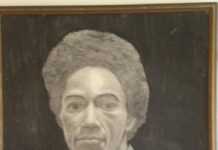 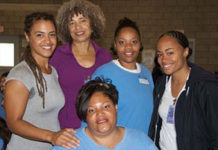 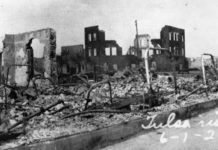