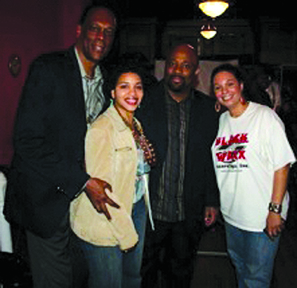 The August 2008 issue of Black Enterprise featured an article entitled “Money, Power & Black Radio: How Steve Harvey and Tom Joyner Capture Your Ears and Dollars,” written by George Alexander. In the article Alexander points out the viability of Black radio in today’s market – despite the seemingly obvious challenges.

As is the case with the approach to many of the problems affecting Black people in America today, the article addresses the “symptoms” and treats them as the focus rather than reaching deeper to present an accurate analysis of the problems facing a medium that has always been under siege.

The article cites “a rapidly changing industry” and “brutal competition” as some of the major obstacles facing Black radio today. It claims that the medium “can survive through syndicated programming and bold entrepreneurial moves.”

But what causes these inequities? There are stations that are doing well despite the market’s overall slump. So why is it that with all the sound business models they could emulate, Black radio still struggles? Why has it historically had difficulty competing despite the fact that Black music – or urban, as it is called today – is one of the most popular genres in the world?

The article makes no mention of the historically inequitable treatment that Black radio station owners receive at the hands of Arbitron, the radio ratings system which discounts Black-owned and -programmed radio stations through inaccurate, outdated and racially biased measurement systems. Nor does it mention the Madison Avenue executives who render Black radio unprofitable by refusing to pay premium advertising rates, even though these stations enjoy the largest audience across the board.

Alexander points out that Black radio suffers because a Beyonce, for example, can be heard on many mainstream stations and that listeners need not tune in to exclusively Black-programmed stations to hear her music. But it neglects to deal with the aspects that historically set Black radio apart from all other radio in the first place and that are now nonexistent: serious Black talk and personality radio. 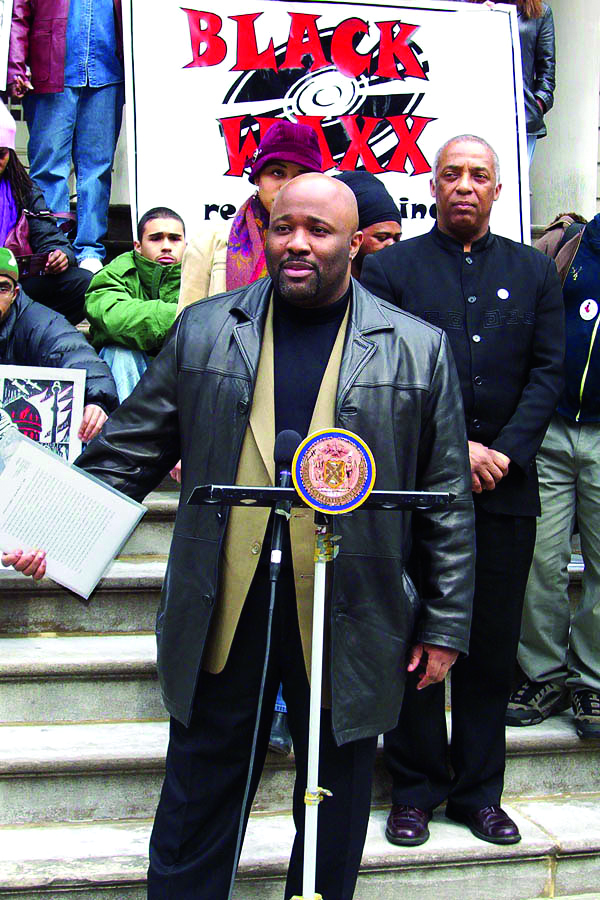 During its golden age, Black radio was exciting because it allowed listeners to hear new music; it made listeners enthusiastic about the listening experience because the jocks viewed their uniqueness as a strength. Now we’re forced to hear the same 10 songs by the same five artists over and over, played by disc jockeys who promise not to talk too much.

Today’s mainstream Black radio does not deal with Black issues in the unapologetic manner that helped it make a connection with the community. Bob Law’s show, Night Talk, was popular not solely because it was syndicated. It was popular because Bob Law’s approach to politics and culture was relevant and the show’s content was potent. Comparing the availability of a Black crossover pop artist to the availability of the kind of political content and local coverage offered from the 1960s through the 1980s does us a disservice.

As pointed out in the Black Waxx Multimedia, Inc., film “Disappearing Voices: The Decline of Black Radio,” it is not simply the artists or the jocks who are disappearing. Nor is it simply their absence that renders Black radio impotent. It is the fact that the voice of the community they represent has no forum.

The Alexander article sought to treat the predicament of Black radio as merely an economic one, when in fact politics and America’s inherent racism are to blame. Even from an economic standpoint we must go back to the beginning of Black people’s presence in this country. While whites owned businesses and set up institutions, Blacks were forced to work for free. Even at the point of the emancipation of the enslaved there were no programs set up so Blacks could “catch up.”

The disparities grew exponentially as time passed. When radio spectrum licenses were first given out, Blacks were excluded. We can’t imagine there is a level playing field in the radio industry today when there is still a need for affirmative action in the workplaces and educational institutions across the nation.

The answer to conglomeration and racism is not an updated business model. The National Association of Black Owned Broadcasters complains about the monopoly that conglomerates like Clear Channel enjoy, but there is more to the story than that. Arbitron and Madison Avenue work to keep Black radio poor, patronizing it with substandard rates to maintain their false face of diversity. White-owned media enjoy proliferation while Black-owned radio struggles to stay afloat. Meanwhile NABOB members won’t go for the jugular because they need the crumbs the ad execs dangle in front of them in order to survive.

How can the station owners be sure of their audience when they can’t trust the people measuring them? And if Arbitron’s numbers can’t be trusted, how many times will station owners continue to change their format without questioning the fact that no matter what they play they get paid the same substandard rates for airtime?

Another factor that isn’t taken into consideration is the role the Federal Communications Commission plays – or doesn’t play. The FCC is supposed to protect the interests of the public by seeing to it that radio station owners operate with some level of responsibility to the public, which includes offering programming that serves the community as well as protecting station owners from being forced out of business by monopolies. Clear Channel and Infinity Broadcasting are stark evidence that the FCC is not doing that job. In the article there is no mention of holding this government body accountable.

The fact is most people may not listen to the radio any more because they sense a lack of loyalty on the part of these owners. A huge sector of the Black population wants more from Black radio than relationship guidance, gossip, comedy and Jesus. They want to be taken seriously from a political perspective. They want radio that reflects their local issues.

A huge sector of the Black population wants to be taken seriously from a political perspective. They want radio that reflects their local issues.

They don’t want Black-faced radio that furthers a white business, political and cultural agenda. They want Black radio that reflects what is best and brightest about their community. You can’t have that if a guy who’s never been to their town and who doesn’t know about the young boy who was killed by police that week is on the radio during all the prime times. Meanwhile, coverage of local activists who make positive changes in the community is replaced by gossip jocks whose sole contribution to the airwaves is “who’s sleeping with who, who’s gay, and whose breasts are fake.”

We need to make room for our best and brightest. There are too many charismatic and informed individuals who need access to the microphone. Regardless of the success of a few chosen ones, if we settle for anything less, we can’t really call it Black radio with a clear conscience.

© 2008 Workers World. This story was originally published Aug. 14, 2008, by Workers World, 55 W. 17th St., New York NY 10011, ww@workers.org, www.workers.org, at www.workers.org/2008/us/radio_0821/index.html. U-Savior is with Black Waxx Multimedia, Inc., and is the director of the documentary, “Disappearing Voices: The Decline of Black Radio,” www.disappearingvoices.com. Email him at info@blackwaxx.com. For the best in present-day Black radio, listen to Minister of Information JR at www.BlockReportRadio.com or on KPFA 94.1FM, www.kpfa.org, or KPOO 89.5FM, www.kpoo.com.