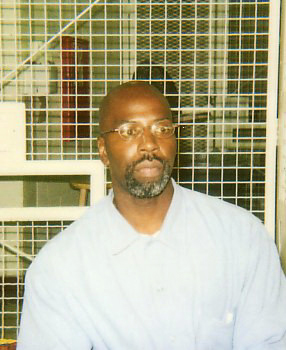 On July 23, 2010, my cell was searched and three boxes of my property – legal material, books, notes and personal writings – were confiscated and turned over to Institutional Gang Investigations (IGI) for possible gang validation. The reason for the action, I was told, was my possession of a Kiswahili dictionary and the book “Soledad Brother” by George Jackson.

This is not the first time I have been targeted for a gang validation wherein George Jackson was the cause. In May 2007, I co-wrote an article in which we referred to Jackson as “Comrade George Jackson.” It was determined by IGI that the word “Comrade” constituted gang associate or sympathy; therefore, I needed to be investigated. The investigation yielded nothing.

I have been in San Quentin – and on death row – for almost 28 years, and for most of this time I have had George Jackson’s books in my cell. I ordered them through the prison Special Purchase Order (SPO). My cell has been searched hundreds if not thousands of times and never, not once, were George Jackson’s books taken.

Why now? And why the link to gang activity when it is well known that George Jackson was a member of the Black Panther Party and a political revolutionary? It is only by exposing the insidious and inscrutable use of politically charged books to label prisoners gang members, thereby criminalizing critical literacy, that we can arrive at answers. Both prisoners and prison activists need to understand how the Prison Industrial Complex (PIC) is using political and historical texts to repress prisoners.

My story is not new or unique. I’ve read numerous accounts from across the U.S. prison landscape – state and federal – of prisoners having books by George Jackson, Che Guevara, Chairman Mao and others stolen from their cells or confiscated under the false pretext of gang activity. Some prisoners have even been validated as gang members and locked away indefinitely in Security Housing Units (SHUs).

And in June 2010, a ruling by a California appeals court explicitly condoned the practice in California, as follows: “Assigning an inmate to secure housing based on his possession of constitutionally protected materials linking him to a gang [does] not violate his first amendment rights.”

Let’s be clear. The confiscation of leftist and revolutionary books, magazines and newspapers is not a mere First Amendment issue; failing to understand the bigger picture will just extend your stay in wonderland. Thus, I’m not going to argue a case of censorship – although one can certainly be made since none of the above authors have been ruled to be either dangerous or obscene by a court of law or the PIC.

I am interested in a much broader analysis that deconstructs the current ideology of suppression in U.S. prisons that can be traced to other interrelated post-9/11 realities, such as creation of Homeland Security and the gradual erosion of civil liberties; the prosecution of a global “war on terrorism”; the virtually unrestricted spending on and by intelligence agencies; and redefining domestic terrorism to meet the threat posed by gang violence.

Included in these realities, but in a more subtle way, is the government’s fear of the possible rise of a new prison movement and radicalized prisoners. The fear of prisoners becoming political extremists and functioning as independent terrorist cells once they are released is, I believe, the main catalyst for the “unofficial” policy of censorship carried out nationwide. But such fear is unfounded and seems to be based more on paranoia than rooted in reality: How many inmates have been paroled who have participated in or been linked to a terrorist organization? Where is the evidence? Can prison administrators or the government show this happening? They cannot. The objective of this unofficial policy is fourfold:

1. To define any “in prison” political activism as gang activity.

2. To criminalize and dehumanize politically conscious prisoners – past and present – by labeling them gang members.

3. To redefine revolutionary and leftist writings as gang literature.

4. To institute countermeasures that will disrupt, inhibit and delegitimize the emergence and growth of individuals and groups that could in any way be influenced by radical views.

The fear of prisoners becoming political extremists and functioning as independent terrorist cells once they are released is, I believe, the main catalyst for the “unofficial” policy of censorship carried out nationwide.

Prison administrators know that if even one prisoner shuns George Jackson’s books or other leftist material because he thinks he might be labeled a gang member and placed in the SHU, then the strategy of suppression is effective. Doing routine or targeted cell searches when George Jackson’s books and other leftist literature are not being found – or not being found in abundance – allows prison officials to claim that the policy is effective. 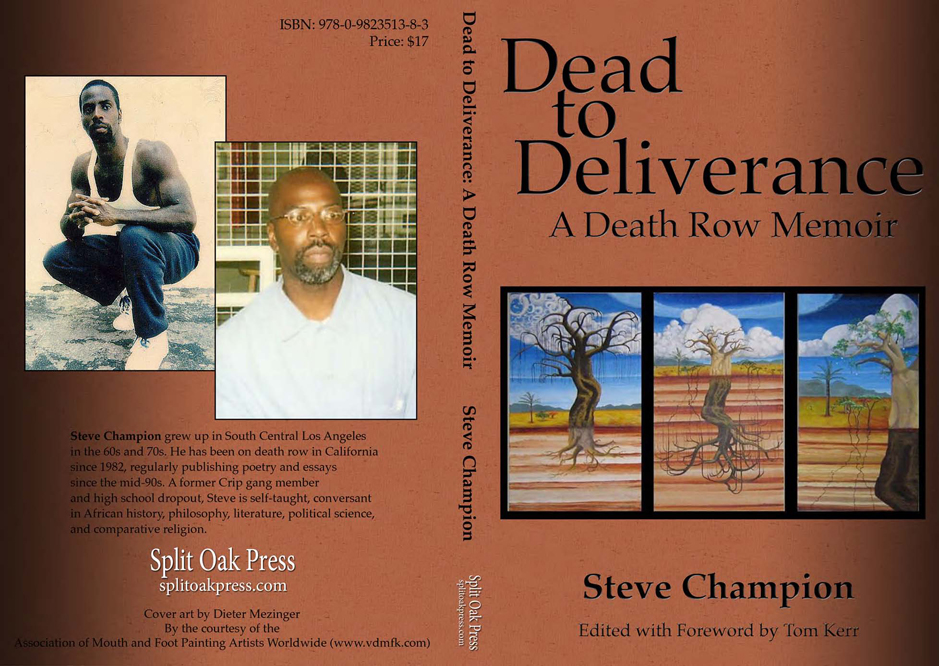 One prisoner’s fears can potentially infect many, and the fear becomes a deadly pathogen that kills self-determination, resistance and critical thinking. Unwittingly, a fearful prisoner becomes a tool for a COINTELPRO-like apparatus.

But because they understand what is at stake, politically conscious prisoners can never become unwitting agents of a pacification operation; they understand that acquiescence would mean the struggle is lost. The price they pay for this understanding is long-term persecution in SHUs.

What also facilitates the suppression of political consciousness is the unending cycle of ethnic and sectarian violence that permeates the U.S. prison system. Violence is micromanaged to perpetuate racial hatred and division among prison groups.

And let me be honest, prisoners make it easy for prison administrators to accomplish this when they fail to redress the stark contradictions between their intransigent conflicts against each other and the repressive and often brutal treatment meted out to them by the prison regime. As long as prisoners don’t frame their conditions and treatment in a political context, they will remain powerless to alter their situation. The gang mentality cannot produce viable change for prisoners. This can only come from conscious prisoners who are willing to struggle collectively.

One prisoner’s fears can potentially infect many, and the fear becomes a deadly pathogen that kills self-determination, resistance and critical thinking.

The need for a new and radical ethos among prisoners is self-evident and long overdue. How to bring a unifying ethos into being is open for discussion and critical debate. Such debate can take place in cells, on the tiers, in yards, at school, and in work places between friends and foes.

What cannot be questioned is the truth that the route from an apolitical gangster mentality to a socio-politically conscious prisoner is only through education. This is the fundamental message to all prison writers and activists. It is why prisoners, me included, have gravitated to the writings of George Jackson, Franz Fanon, Che Guevara, Bobby Sands, Liam Mellows, Nelson Mandela, Paulo Freire, Malcolm X and many others like them.

The trajectory and/or transformation of their lives offers prisoners a new perspective from which to radically contextualize their own identity. Prisoners can tangibly and emotionally relate to the words of these authors, even though most prisoners don’t view themselves through a political lens.

Yet these same “apolitical” prisoners will recognize on a general level that their own existential condition can be compared to George Jackson’s. It is this identification with George Jackson that makes him symbolically powerful and very much alive. And for this, he must be vilified and punished, over and over again – suppressed and chased away from anyone who dares consume his words.

“Apolitical” prisoners will recognize on a general level that their own existential condition can be compared to George Jackson’s. It is this identification with George Jackson that makes him symbolically powerful and very much alive. And for this, he must be vilified and punished, over and over again – suppressed and chased away from anyone who dares consume his words.

The revisionist tactic by the PIC of not acknowledging that George Jackson developed a political philosophy that he lived and died for – not unlike like the founding fathers of the United States – makes it easy to deny the political activism and convictions of conscious prisoners. However, the confiscation of books, newspapers, and magazines with political content acknowledges the existence of politically minded prisoners.

The truth is contained in the system’s lie: George Jackson was not a gang member! He was a political thinker. To suspect a prisoner of gang activity because he reads Jackson’s books is, therefore, also a political – certainly not a logical – move.

George Jackson was not a gang member! He was a political thinker. To suspect a prisoner of gang activity because he reads Jackson’s books is, therefore, also a political – certainly not a logical – move.

It is ideas that can change individuals and, so, change the world. Ideas awaken the mind, galvanize courage and liberate people; and ideas, not gangs, are the most potent weapons against tyrants and repressive regimes. People may fear other people, but people’s ideas are feared even more.

Steve Champion’s friend, Professor Tom Kerr of Ithaca College, tells how we can help get Steve out of a deplorable situation:

“Steve Champion, death row prisoner and author of ‘Dead to Deliverance, A Death Row Memoir,’ has been held in administrative segregation, without phone and other privileges, since just prior to the execution of his friend Stanley Tookie Williams in December 2005.”

“So-called ‘gang validation,’ which he deconstructs in this article, is one of the many technologies of control used by San Quentin to assail Steve’s dignity and suppress his powerful voice. Steve welcomes calls or emails to the CDCR (California Department of Corrections and Rehabilitation) – to Public Office Representative Samuel Robinson at (415) 455-5008 or Samuel.Robinson2@cdcr.ca.g) and/or to San Quentin Warden Vince Cullen at (415) 455-5000 – that express deep concern over the interminable restriction of his privileges on death row.”

You can also help Steve by purchasing his book – a copy for yourself, another for a gift and one for your pen pal behind enemy lines – from the publisher, Split Oak Press, or your local bookstore. Here’s the publisher’s description:

“Steve Champion, in his death row memoir, describes his early life in Los Angeles and the allure for him of the Crips street gang, his incarceration and experience in the U.S. prison system, his life on death row, and his growth and struggle as a human being. He also offers a critical analysis of the prison system, especially capital punishment, and describes how through sustained collaboration with Stanley Tookie Williams and Anthony Ross, he evolved on death row from a high school dropout into an accomplished writer and student of the humanities.”