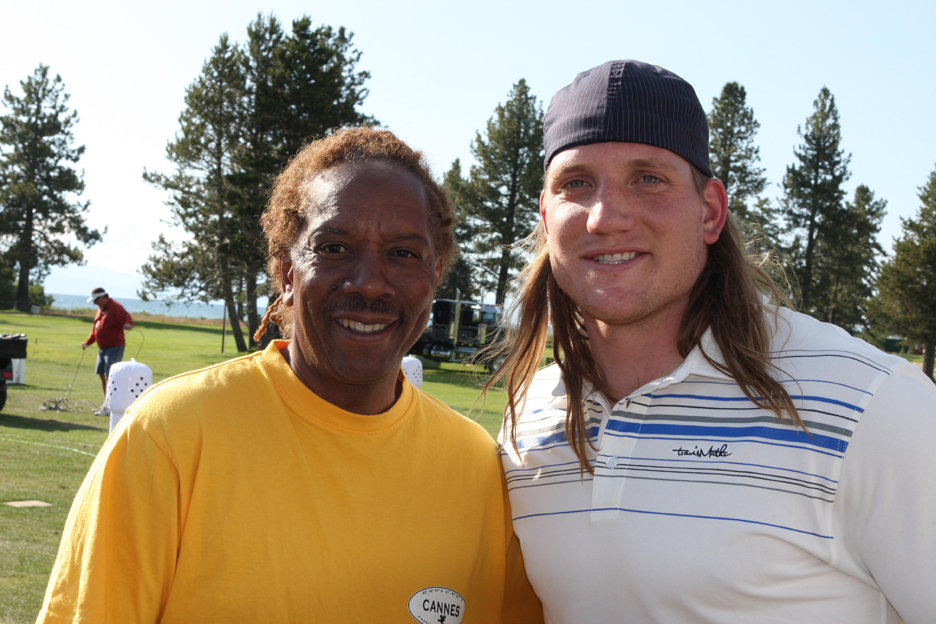 Renowned artists and athletes meet once a year in Lake Tahoe to play golf and raise money for charities.

Michael Jordan, year after year, has proven to be the most popular player, as seen here in our newest video, with fans following him from hole to hole yelling his name in adoration.

Recently, during the festival at Cannes, we covered the Maybach Foundation dinner – a great event with Quincy Jones and Kanye West. Mr. Jones also handles his fame well. Maybe he and Michael can mentor Kanye.

The American Century Championship Golf Tournament was won by actor Jack Wagner, and the Korbel Long Drive contest was won by Super Bowl Champion, Green Bay Packers line backer A.J. Hawk. A.J. won with a drive of over 308 yards. However, the record is owned by Alfonso Ribeiro “Fresh Prince” at 334 yards.

There will be football

Now that the NFL owners have ratified their proposal to the NFL players association – remember they are not a union anymore – it looks like there will be football. But because of the lack of brevity in their negotiations with the players, we have had a fatality in the 2011 season, the Hall of Fame Game. But the inductees, such as Deion Sanders, Marshall Faulk and Shannon Sharpe will get their time in the sun.

In this off season of no organized team activities, mini-camps or other “voluntary workouts”, players were challenged to occupy their time positively. While at the American Century Investment Golf Tournament in Lake Tahoe, we met several current and former players, such as the Packers quarterback and Super Bowl MVP Aaron Rodgers and long distance competition winner, linebacker A.J. Hawk. Now we know how his opponents felt. He hits it hard. So hard in fact he let out a Primal grunt when swinging, much to the delight of the spectators.

Also in attendance was Jerome Bettis from my hometown of Detroit, Mich. We were pleased to see Jerome wind up his career with a championship – and in Detroit. I, however, was not there. I do not visit Detroit in February. It was good to see Alfonso Ribeiro doing his “Carleton Banks” routine. Banks, or rather, Ribeiro, is the long distance record holder in this tournament.

The digital world is growing ever more diverse. When first proposed, the InterWeb was lauded to be a beacon of independent thought – a fresh frontier where anyone could plant their crops and harvest their dreams. But it seems to be the same few dominating the many.

Broadband telecasts of NFL games will become more prevalent on hand-held devices. But will these be dominated by a few entities? For a good discussion of the issue, check out “In AT&T & T-Mobile Merger, Everybody Loses.” Some of the negotiations between the NFL owners and the players association were over the broadcast rights revenues.