A weekend of demos and rallies for the hunger strike 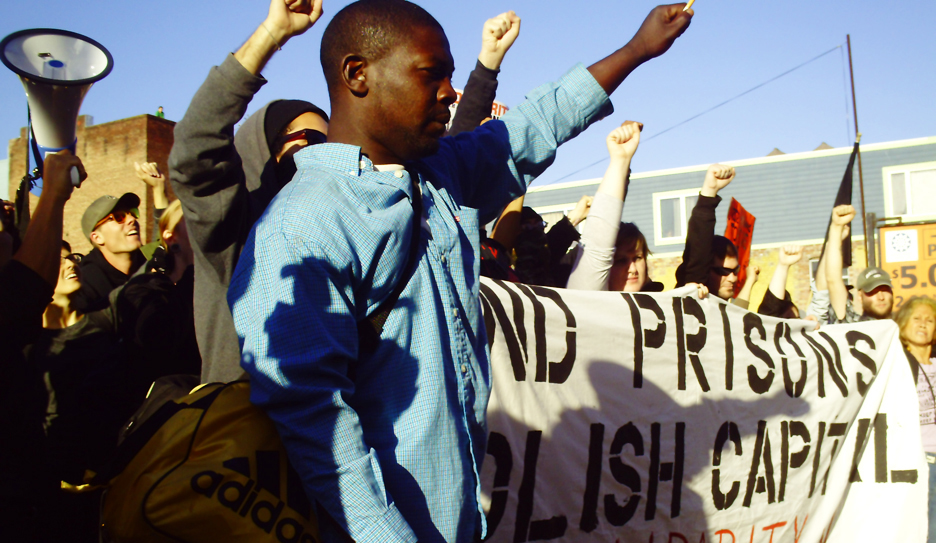 Support for the hunger strike grows with solidarity actions across the U.S. and Canada this past weekend.

Noise demos have been an effective way for people outside prison to show their solidarity with people locked up. Participants in the demo in St. Louis said, “The jumping, cheering silhouettes of the locked-up youth made it clear that despite all the imposed isolation, we had shared a moment of clear communication.”

Each noise demo consists of different ways of making loud noise: playing music, chanting, flares, fireworks, banging on pots and pans etc. Each of the demos have connected local struggles against dehumanization to the California hunger strike and the conditions of the Pelican Bay Security Housing Unit, as well as both the U.S. and Canada’s prioritization of policing and imprisonment over social welfare.

Rallies and actions were also held this weekend in Cleveland, Ohio; Harlem, New York City; and Eureka, Calif. Supporters rallied in Bloomington, Ind., outside the Wabash Valley SHU, which was directly modeled on Pelican Bay. 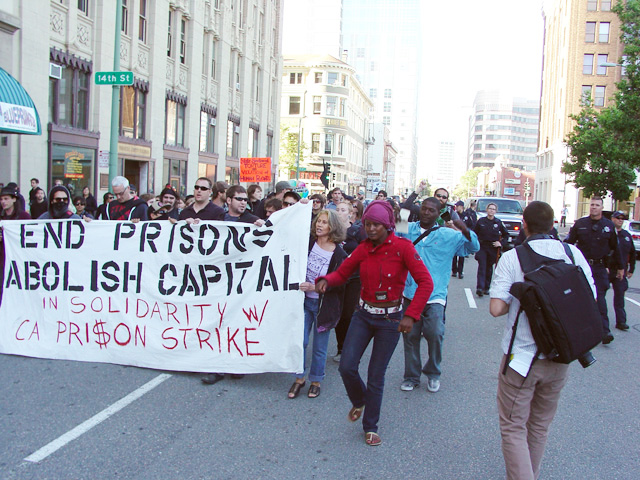 About 150 people rallied at the U.N. Plaza in San Francisco on July 9, and were joined by another 150 plus marchers from another rally in solidarity with Libya. Speakers talked about the conditions of the Pelican Bay SHU, how the demands of the strike are an example of prisoners asserting their humanity, ending gang validation, the criminalization of working class communities of color and why it is important to show solidarity. The rally also included a call-in, during which everyone in attendance made on-the-spot calls to the CDCR and elected officials.

Some organizations, like TGI Justice Project in San Francisco, have coordinated call-ins where their members come together and call the CDCR, Gov. Jerry Brown and their elected legislators and urge them to negotiate with the prisoners immediately.

While support for the hunger strike is growing, the CDCR still refuses to negotiate with the prisoners. Hunger strike leaders from the Pelican Bay SHU and many other prisoners are willing to risk their lives and will not eat until their demands are met.

Now is the time to make the call for support and action even louder! Our support for the prisoners is needed now more than ever.

Continue calling the CDCR, get together with your friends and networks to organize call-ins, write letters, continue circulating the online petition and get more people involved in this struggle!

This story originally appeared on PrisonerHungerStrikeSolidarity. 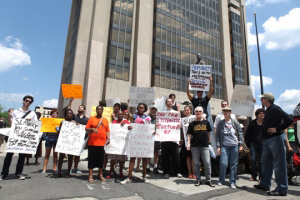 This strike is essentially about ending the torturous conditions of Security Housing Units, especially for prisoners who have no gang activity in the prison but are accused of gang “association” and are sent to locked down solitary confinement INDEFINITELY.

California is cutting $150 million to primary education and closing schools around the state in order to pay $140 million in overtime costs alone to guard thousands of prisoners with no violent write-ups or behavior while in prison in highest security conditions.

CDCR even recently prohibited self-education correspondence programs for prisoners that the prisoners pay for themselves.

Is there a better alternative? The Mississippi model is a start. They removed gang “associates” from SHU, saved millions of dollars and decreased violence system-wide by moving gang associates out of the SHU.

The state claims the hunger strike is “winding down” or “over.” This is FALSE. The thousands who did not eat on the first days did so in solidarity.

THOUSANDS of prisoners are on an INDEFINITE hunger strike. The CDCR hopes this problem will simply go away, but it won’t. Their cruel conditions of torture are now being exposed.

This story originally appeared on Prisons.org/hungerstrike.

Contact the California Department of Corrections and Rehabilitation and Gov. Brown – contact information below – and urge them to negotiate with the prisoners and honor their demands! 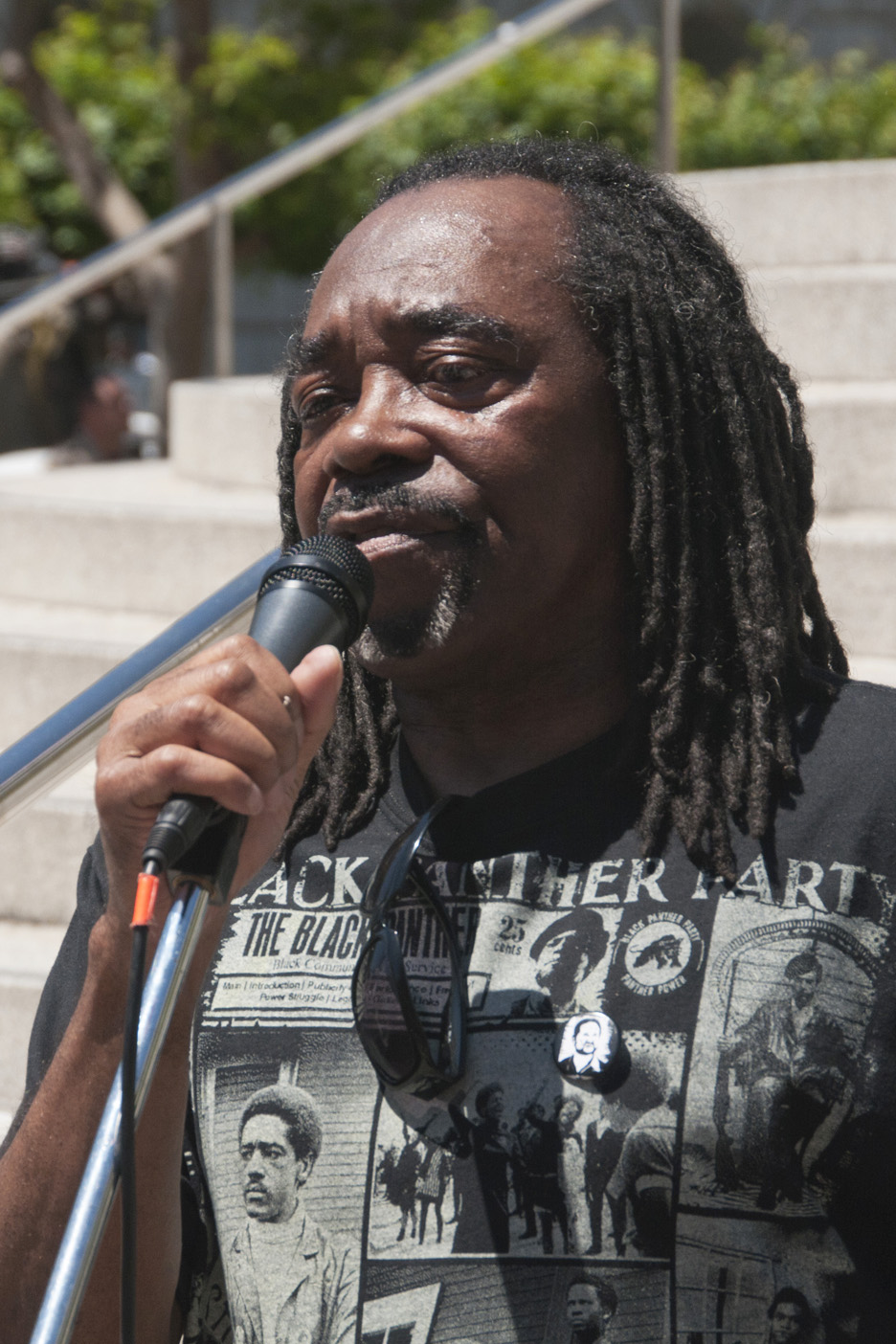 Cleveland, Ohio – As the largest national network of grassroots, faith and community-based organizations dedicated to urban peace, justice and empowerment, we are calling on all of our member organizations and likeminded human beings to support the Pelican Bay Hunger Strike.

The International Council for Urban Peace, Justice and Empowerment (ICUPJE) serves as an umbrella organization with over 35 affiliates throughout the United States and globally. For over 17 years, the council has sponsored several National Council for Urban Peace and Justice Inc. summits. The council has initiated prevention, intervention and transformation work all over the U.S. and globally to affect change in the lives of youth impacted by racism, poverty, inequality and injustice.

On July 1, 2011, many of the prisoners at the notorious Pelican Bay State Prison in California began a hunger strike after all efforts to receive humane treatment fell on deaf ears. These brothers in the Secure Housing Unit are seeking an end to torture and improved conditions that would increase their privileges to those of the inmates in the federal Florence, Colorado, and Ohio supermax systems.

These brothers have been enduring inadequate medical care – at times being chained down if they ask for medical care – years of isolation without human contact, inadequate clothing, denial of any chance of taking programs to get their lives on track such as correspondence courses, being unable to have a photograph taken of them to send to relatives – the list of horrors is endless.

One of the most disturbing is the “debriefing” process, which an inmate must do to get transferred out of the SHU or even to be given a chance for parole. This process basically demands an inmate become an informant giving details of gang affiliation and associates of inmates, placing themselves as well as their families at risk for retaliation.

Most of the inmates who have been in the SHU for the last 10-35-plus years have never been convicted of a single gang-related, illegal act. In some cases this has caused inmates to falsify information on other inmates, causing further restrictions on the inmate.

Inmates cannot hug their wives and children but must see them through a glass – and that is with very limited visitation. Imagine living 20 or 30 years with no human contact or touch. Imagine inadequate medical care, denial of assistive medical devices, horrible food and inadequate clothing. Now imagine that this prisoner of war camp does not exist in Nazi Germany but in the state of California. Now imagine your son or your brother or your husband or your father was incarcerated there. As human beings, these men are our brothers, fathers, uncles, husbands and grandfathers.

We urge you to call or write any and all of the following individuals and speak for the basic human rights of our brothers:

Contact the California Department of Corrections and Rehabilitation and Gov. Brown and urge them to negotiate with the prisoners and honor their demands!

We also urge everyone to go online to www.prisonerhungerstrikesolidarity.wordpress.com, where anyone can sign an online petition to support these brothers.

Brothers and sisters, this cannot be allowed to continue! Article 5 of the Universal Declaration of Human Rights published by the United Nations, Dec. 10, 1948, states, “No one shall be subject to torture or to cruel, inhuman or degrading treatment or punishment.”

We are asking for a federal inquiry into the conditions as well as an inquiry from the United Nations.