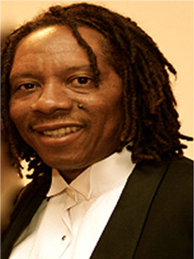 I love LA, at least for 10 days or so. LA is not really the same during “Awards Month.” The Pan African Film Festival kicked off its 20th year with the world premiere of Tim Story’s film “Think Like a Man” based on the best-selling book by Steve Harvey. The cast includes Gabrielle Union and Chris Brown.

Speaking of CB, big ups for his Grammy win and also Larry Batiste, our Bay Area’s own, for producing the music for the pre-Grammy show!

Back to PAFF, which is back in the same spot at Crenshaw and MLK Jr. Drive, the old Magic Johnson Theaters, after a short hiatus in Culver City. It is unfortunate that there are not more theaters able to host the super films at PAFF and the other film festivals, so that more filmmakers can escape the festival circuit and actually make money.

“Toussaint Louverture” was the big winner with three awards. Directed by Philippe Niang and starring Jimmy Jean-Louis (NBC’s “Heroes”), “Toussaint Louverture” is the long awaited two-part epic film of the life of Haitian revolutionary, who led the first successful slave revolt in world history by defeating the imperialist armies of Napoleon Bonaparte.

Other highlights of PAFF include “Dark Girls” by Bill Duke and D. Channsin, which features interviews with Viola Davis and many others, and “The Story of Lover Rock,” a U.K. documentary directed by Menelik Shabazz. “Lover’s Rock,” often dubbed “romantic reggae,” is a uniquely Black British sound that developed in the late ‘70s and ‘80s against a backdrop of riots, racial tension and sound systems.

Pam Grier will be in San Francisco at the Castro Theatre on St. Paddy’s Day, March 17, thanks to Peaches Christ Productions and the San Francisco Black Film Festival.

The Academy Awards is one of the most talked-about, celebrated, controversial, most watched, written about and generally fussed over events in America. It is up there with the Super Bowl, World Series, NBA All-Star Week (it was on the same day the West won) and the World Cup – wait, not the World Cup. The rest of the world is World Cup crazy but not the U.S.

Most of the world does not care about the Academy Awards, especially outside of English speaking countries. How many know Tan Wei won Best Actress for “Crossing Hennessy” at the Chinese Film Media Awards or that the British Academy of Film and Television Arts (BAFTA) presented David Yates the 2011 John Schlesinger Britannia Award for Artistic Excellence in Directing. And by the way in 2007 Denzel Washington was honored with the Stanley Kubrick Britannia Award in Film Excellence. BAFTA has given tribute to their counterparts “across the pond” for at least 25 years.

FESPACO (Festival Pan-Africain du Cinema et de la Television de Ouagadougou) in Ouagadougou, Burkina Faso, West Africa, hosts one of the largest film and arts festival in the world every two years. How many people know about this festival let alone who won what?

The Academy Awards has marketed itself very well. That gold statue is coveted and can become real gold – cash – if taken advantage of upon winning. Every other year, if not every year, the “Black issues” come up. Are we being recognized – and for what and how many of us?

This is by far one of the most dysfunctional relationships that exists.

Sidney Poitier, the first “Negro” to receive an Oscar for Best Actor graciously accepted his award:

He has since received a Life Time Achievement Award from the Academy in 2008.

In a Hollywood Reporter article, Spike Lee is quoted: “In 1989, ‘Do the Right Thing’ was not even nominated [for best picture],” said Lee, with some mock outrage. “What film won best picture in 1989? ‘Driving Miss Mother F-ing Daisy!’ That’s why [Oscars] don’t matter,” said Lee. “Because 20 years later, who’s watching ‘Driving Miss Daisy?’”

Gorgeous Halle and brilliant Denzel were beautifully and symbolically packaged as bookends of the underlying story of the Academy’s gritted teeth defiance of Black artistic excellence.

OK, OK. Let’s not forget Octavia Spencer did win the 2012 Best Supporting Actress for her role as a defiant maid in “The Help.” I am sure Hattie McDaniel is smiling from heaven. Also, Sean P. Diddy Combs won a Best Documentary Oscar for “Undefeated,” about a North Memphis high school team of underprivileged football players.

Actress Mary Pickford, co-founder of United Artist (UA), Louis B. Mayer, head of Metro-Goldwyn-Mayer (MGM), director Cecil B. DeMille and producer Irving Thalberg started the Academy of Motion Picture Arts and Sciences in 1927 with two aims: to mediate labor disputes and improve the movie industry’s image. Today those aims would translate into ameliorating hiring practices and improving the industry’s diversity in images.

Black actors have won 13 Academy Awards over the years, won in fact by 12 people; Washington has won two. But that’s out of a possible 332 given out since 1929, an infinitesimal 4 percent.

“I don’t see any reason why the Academy should represent the entire American population. That’s what the People’s Choice Awards are for,” said Frank Pierson, a former Academy president.

Time to let it go. Any good relationship counselor would say, “Go and lead a happy life and start by being free of what ‘they’ think.” Simply said. However, if you are in the film industry in America, Oscars present an artistic golden ring, a “bling bling” you can’t “ch-ching” ignore as artist or audience.

The 43rd NAACP Image Awards was held just prior to the Academy Awards. For many it is the award show of award shows.

LaHitz Media behind the scenes at the NAACP Image Awards

Chairman’s Award winner was Cathy Hughes, the founder and the chairperson of Radio One, Inc., the largest Black owned and operated broadcast company in the nation. Now a publicly owned company, Radio One makes Hughes the first and only Black women to chair a publicly held corporation. 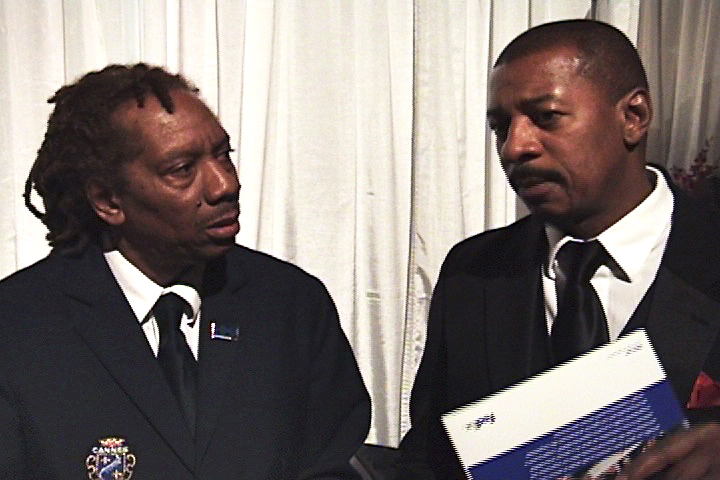 President’s Award winner was the Black Stuntmen’s Association (BSA), founded in 1967 to train, protect, preserve and honor the memory of Black stuntmen and pioneers of the motion picture and television industry. Prior to the BSA, white stuntmen were painted black (“paint-down”) to do stunts for Black actors until the organization gained momentum during the Civil Rights Era to gain employment for stunt people of all races and genders.

Vanguard Award winner George Lucas was on hand to receive his award.

I love LA at least for 10 days or so and covering Awards Month is about the best “10 days or so” LA can produce for this native San Franciscan.

Back in the day, Jacquie Taliaferro interviews Harry Belafonte in Jamaica, with introductory clip of Sheryl Lee Ralph. They talk about “Carmen Jones” and “Buck and the Preacher Man,” a collaboration with Sidney Poitier.

Pam Grier will be in San Francisco at the Castro Theatre on St. Paddy’s Day, March 17, thanks to Peaches Christ Productions and the San Francisco Black Film Festival.

Robert Gossett of “The Closer” will star in Pearl Cleage’s “Blues for an Alabama Sky,” directed by Michelle Shay at the Lorraine Hansberry Theatre.

Jacquie Taliaferro, filmmaker and director of LaHitz Media, can be reached at lahitznews@yahoo.com or (415) 821-1111. NAACP Image Awards and PAFF footage was shot by Alexander Taliaferro and edited by Karwanna Dyson, Big Mouth Productions, karwanna1@gmail.com. 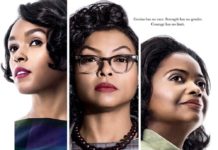