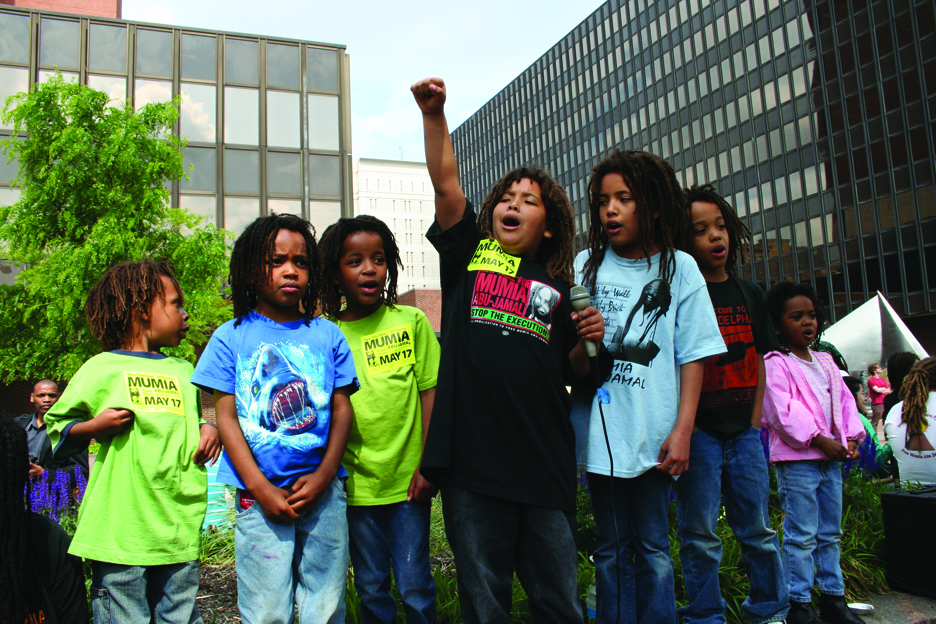 On Aug. 8, 1978, the Move Organization’s headquarters was attacked in a pre-dawn raid by several hundred Philadelphia cops and officials. Under cover of smoke, tear gas and thousands of gallons of water from water cannons, the cops fired thousands of bullets from all directions. During the assault one cop was killed and several other cops and firemen were wounded, all from police fire. However, Move members were charged for the assault we all miraculously survived.

We were all given a sentence of 30-100 years in a railroad trial. That 30-year minimum was up as of August 2008, and we were given our first parole denial. The parole board has denied us our freedom four more times, making it perfectly clear to all those that didn’t understand their role that they fully intend to finish up where the cops and city officials left off.

While there has always been some debate about the guilt of the men, one fact that has never been disputed is the innocence of the women. Police on the scene, the D.A. and the courts all collectively agree that none of the Move women could possibly be guilty of the death of that cop.

Yet, they are still languishing in prison, victimized by the same cops and officials that dropped a bomb, brutally murdering their children on May 13, 1985. A heinous attack broadcast live nationally captured the cops murdering babies, unarmed Move women and men. Not a single cop or official was even charged.

Debbie, Janet, and Janine have spent the last 34 years of their lives in prison for a crime city officials know they could not possibly be guilty of. However, the parole board, at the insistence of Philadelphia officials, continues to deny their release. Even worse, the parole board actually gives the Move women longer sanctions than they do even the men.

One fact that has never been disputed is the innocence of the women. Police on the scene, the D.A. and the courts all collectively agree that none of the Move women could possibly be guilty of the death of that cop.

The issue is not what the parole board will do on the fifth or sixth time around. Anyone claiming to be conscious knows full well that the “decision” they claim to be contemplating in 2012 was already decided back in 1978 when we survived their murderous assault. 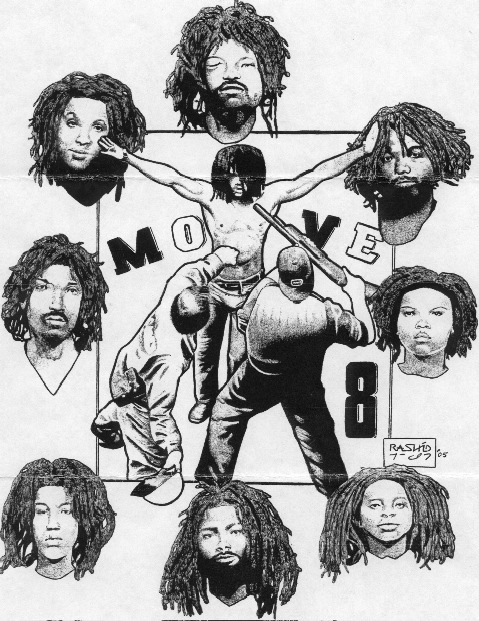 So the issue ain’t what the parole board will “decide”; the real issue is what the people will allow. The parole board, like all public officials, make those decisions in the name of the people, and when the people demand justice, it will happen. Look at Sanford, Florida. Look at L.A. in the wake of Rodney King. It’s the people who have the power to effect real change.

If people want to know just how the government can get away with giving Marissa Alexander a 20 year sentence for simply trying to protect herself in 2012, it’s because the people were silent as the cops attacked in 1978.

If people want to know why Oscar Grant, Sean Bell, Trayvon Martin, and countless other Black, Latino and poor whites continue to be caught on film being brutalized and murdered with impunity, it’s because the people seem to forget 1985, and every other atrocity, until it becomes their turn.

All those who sit back in the face of the oppression of your brothers and sisters, remaining silent as poor folks’ children are murdered and sent away like slaves to the many prisons scattered throughout this country, refusing to support those who do resist and fight, only further encourage the system to keep assaulting. Because finally, people’s apathy and silence is their permission.

People have to demand justice not just from the 1 percent, but also from the masses in the ranks of the 99 percent who will never fight to occupy anything other than jobs that exploit on behalf of the 1 percent. Cops, parole agents, prison guards, judges and all of the many others feeding from the bottomless trough of the law enforcement budget come directly from the ranks of the 99 percent. They feed their families by enslaving yours.

The army that enforces hegemony for the U.S. industrialists is made up of the 99 percent. The workers that foreclose on your home, that cut off all your utilities in mid-winter, that dispense poison chemicals into your food and water at the behest of the 1 percent come from the 99 percent.

Cops, parole agents, prison guards, judges and all of the many others feeding from the bottomless trough of the law enforcement budget come directly from the ranks of the 99 percent. They feed their families by enslaving yours.

So finally, how is the person who takes a job executing people any different than the person that legislated the racist policy. Try to make that distinction to the person being executed. 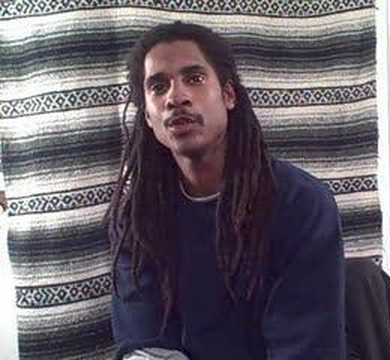 A just person would refuse to carry out an unjust order.

The people must close ranks to all agents of repression and demand justice for all our sisters and brothers.

No equality, justice in America!

Letter from Janine Africa of the Move 9 for the Sao Paulo Forum held July 4-6, 2012, in Caracas, Venezuela

This is Janine Africa, one of the Move 9, who were sentenced to 30-100 years for a crime we didn’t commit. We’ve been in prison since 1978 and have been denied parole three times so far because we refuse to lie and say we’re guilty.

Here are my thoughts on ending the U.S. blockade of Cuba: I feel the U.S. condemnation of the Cuban government is like the pot calling the kettle black! The U.S. government is doing the same things they’re punishing Cuba for. 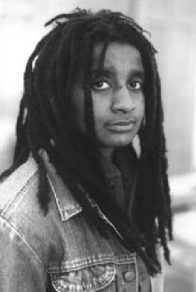 The U.S. prisons are full of political prisoners, people like the Move 9, who dared to tell the truth about this country’s corrupt practices. This government has innocent people in prison and has executed people that were proven to be innocent because they were a minority, money poor and seen as worthless. Police are shooting people down, handcuffed and in the back and unarmed and getting away with it, just like other police states.

The economy is set to protect the rich. The majority in this country is struggling, living in cars, subways, alleys, eating out of trash cans. The conditions here are the same as the conditions in Cuba. Cuba is a poor country, so the conditions of the majority are harsher. The U.S. blockade is only affecting the poor who are already suffering.

This blockade isn’t out of concern for the people or to “protect democracy.” This is being done for political advantage. It’s an attempt to bend the Cuban government to the U.S. rules. The U.S. only gets involved in other countries’ affairs when it’s something in it for them.

If the U.S. was truly against injustice, persecution, crime, it would show here in their own country. There is no equality, justice in America. The U.S. needs to clean up its own backyard first before trying to control other countries.

On the Move, Janine Africa 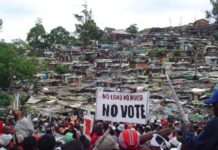 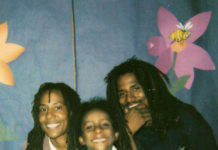