We got to Yoshi’s early Monday night, Nov. 26, to set up for Black Media Appreciation Night, and there on the stage for the sound check was a magnificent African band. I’d expected a great show from Phavia Kujichagulia alone, but, dancing through the audience as they entered to perform, eight incredible musicians came with her – playing drums of all kinds, guitars, sax and flute, with a dancer enhancing the sweet, strong sound of Phavia’s trumpet – to fill the stage. That big club resounded with Black power. All volunteered their time and talent, as did every one of the magnificent performers – Ms. Be, Mac Mall, Ray Luv and Do D.A.T. – and we are so very grateful. 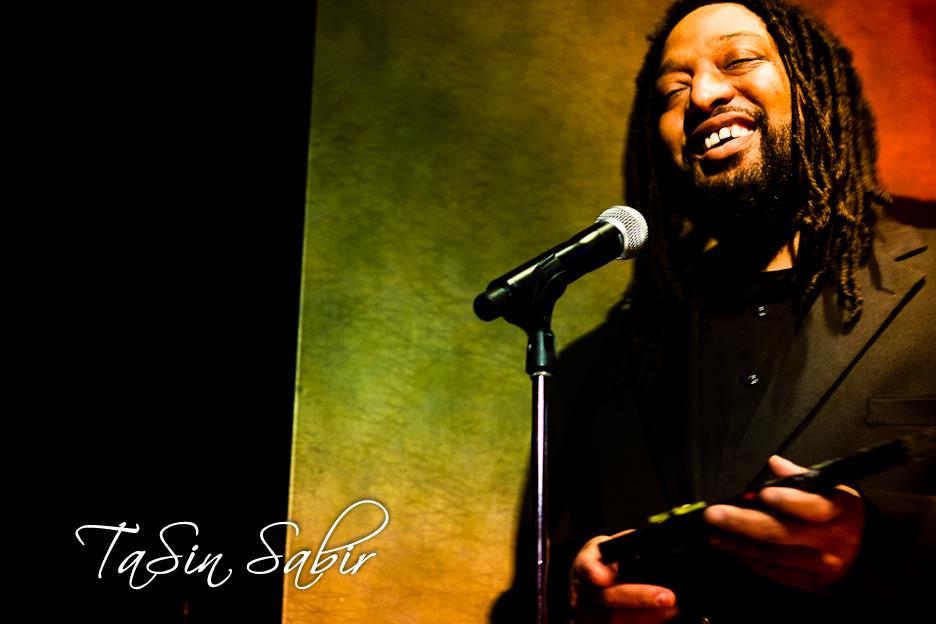 Phavia set the stage for a night no one of the hundreds present will ever forget. Every soul must have been as full to bursting as mine with revolutionary, life-changing love engendered by the music and the extraordinary life stories inspiring us to go forth and win the world for justice. It was church to the nth degree.

Minister of Information JR’s idea (most all of this great event was his idea and his work) of the host introducing the presenters, who in turn introduced the award winners allowed us to meet the mostly young activist and artist presenters, who not only extolled the achievements of the awardees but told of the impact they’d had on their lives. Then all who were presented with the beautiful, unique awards – works of art hand crafted by the great Malik Seneferu – described lives of dedication, great sacrifice and overcoming impossible odds using media to amplify the power of the people.

Willie summed it up when we got home: “They EARNED their awards.” And I can testify that he, Bay View publisher Dr. Willie Ratcliff, has certainly earned his. 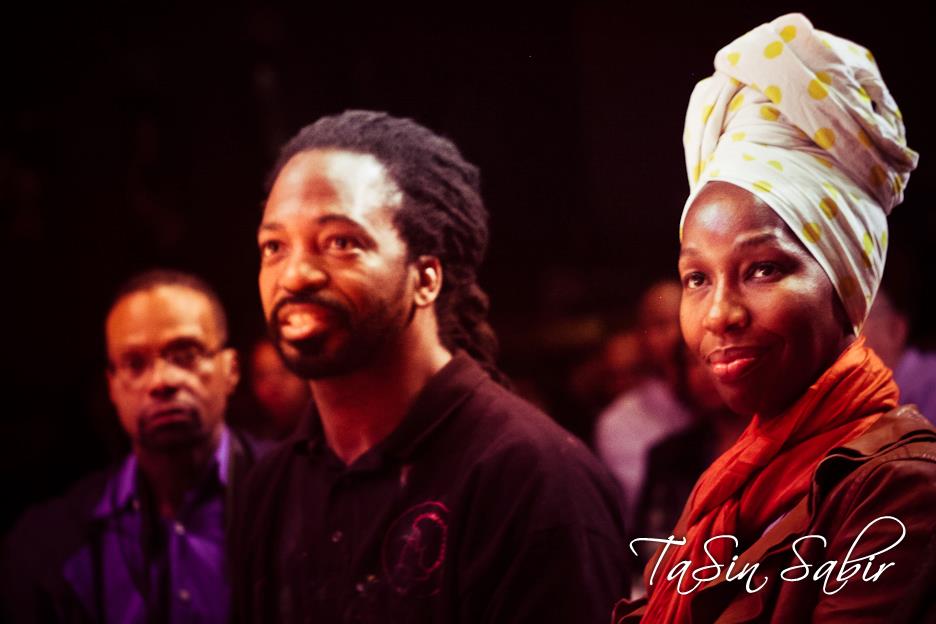 Named Champion of Young Journalists, Kevin Weston held every heart in the palm of his hand as he told of the prayers of thousands steering him clear of death’s door just a couple of months ago as well as how he came to the Bay View as a very young writer. Elbert “Big Man” Howard, first editor of The Black Panther newspaper, accepting the Black Resistance Media Legacy Award with Emory Douglas and Billy X Jennings, had gotten up from his sickbed to come last night and remind us that we can all find ways to make revolutionary change no matter our circumstances. Mumia’s voice introducing the event (his statement is transcribed below), accepting his own award as Champion of Human Rights and presenting JR Valrey’s award, set the standard for a life of selfless devotion to the people and advocacy for the oppressed no matter what.

Filmmaker Kevin Epps telling of rising from the meanest streets – where his very first job was delivering the Bay View newspaper door to door – to seeing youngsters in China identify with his work, Walter Turner of Africa Today on KPFA on how his love affair with the African diaspora began with his first trip to Africa as a young man, Donald Lacy on his 30-plus years of community organizing through Black-owned KPOO and his dedication to youth since the tragic loss of his daughter, Eric B. of The Sideshow on KPFA on growing up watching Rock – James Earl-Rockefeller III – on Soul Beat, Phavia challenging today’s youth when she revealed that “we didn’t allow the cops up in Hunters Point” back when she grew up there: Last night brought the generations together, joining forces for the greater good of the community. 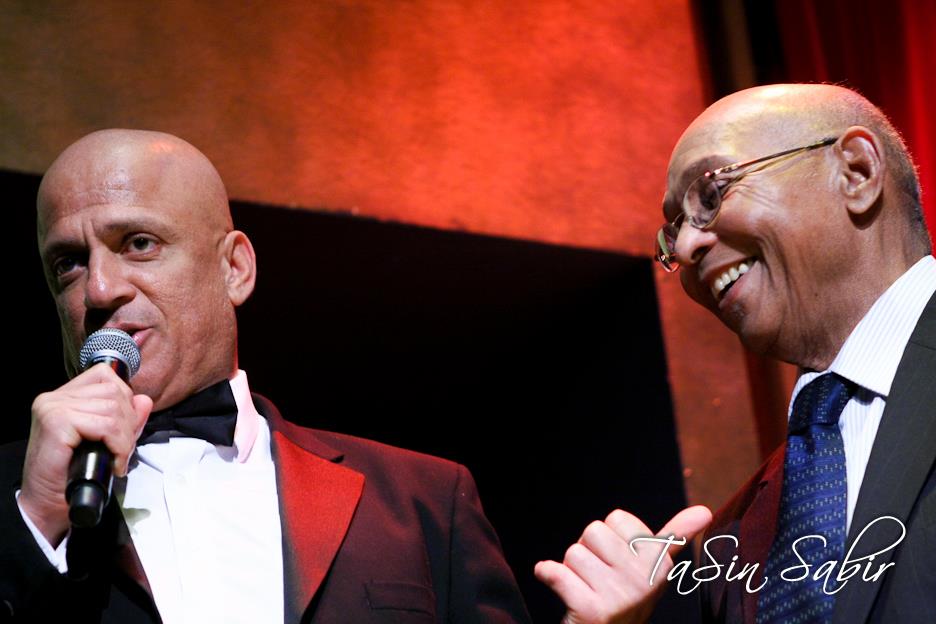 And never was there a warmer host than Greg Bridges, making every individual feel special and all of us more effective through coming together in solidarity. I could go on and on – but the intimate knowledge we gained of the lives of people we already admire and the bond of mutual respect that grew unbreakable last night among us all will be yours, whether or not you were there. KPOO’s Will Hammond recorded it all on video, and I expect a documentary of Black Media Appreciation Night is forthcoming.

Safi wa Nairobi, who’d made a beautiful audio recording, played the first two hours of the three-hour event on Terry Collins’ Tuesday 10 p.m. to midnight show, The Spirit of Joe Rudolph, on KPOO 89.5FM and kpoo.com the very next night. Donald Lacy plans to play some of the audio on Saturday, Dec. 1, on his 7 a.m. to noon show, Wake Up, Everybody! And Minister of Information JR plans to do the same on his Block Report show on KPFA 94.1FM and kpfa.org on Wednesday, Dec. 5, 8-9 a.m. 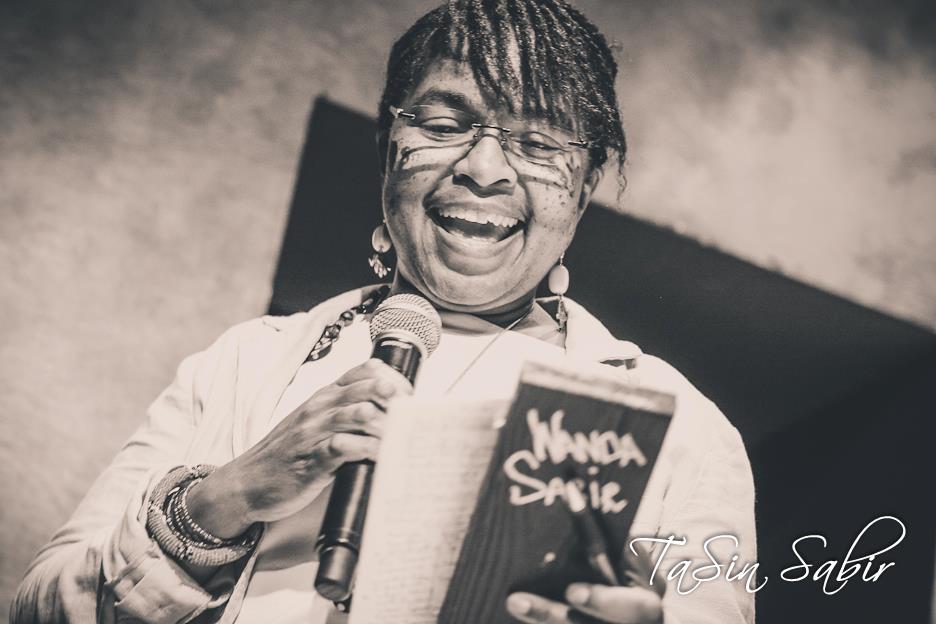 Thank you to all who had a hand in making Black Media Appreciation Night truly revolutionary. At the risk of omitting someone – please forgive me and tell me if I do – I’ll list the awards and awardees, the presenters and a few of the many, many others who helped make last night magic: 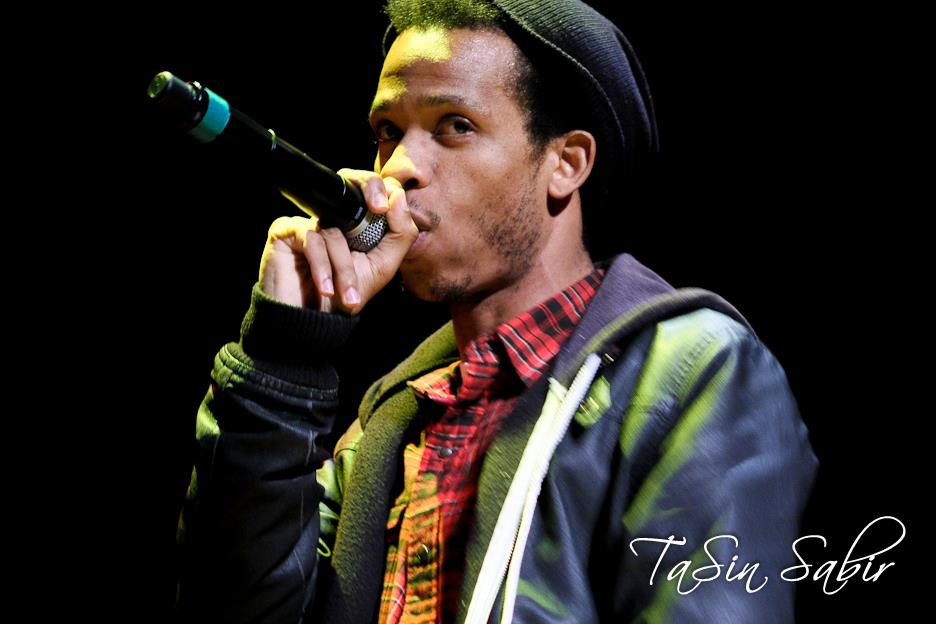 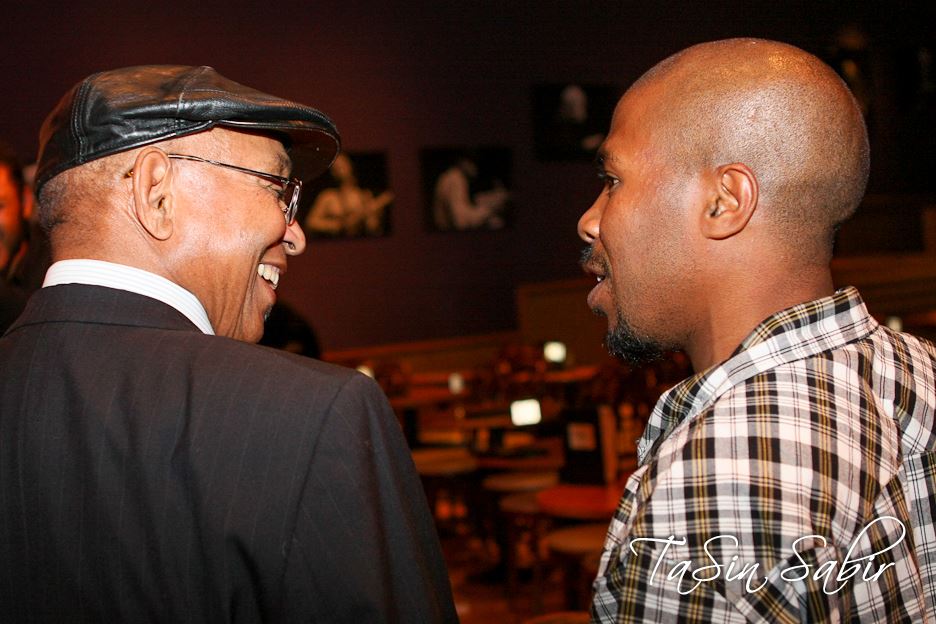 Opening statement by Mumia Abu Jamal, recorded in a Pennsylvania prison and played to kick off Black Media Appreciation Night

Friends, comrades, brothers and sisters, ona Move! When we think of Black media, we have to think twice, for we know what the media is, but Black media? We must search our minds and memory to locate them, analyze them and yes, grade them, for you may be media, but are you Black? That’s what each media actor must ask him or herself and first must define the terms.

In essence, Black media is resistance media – or it’s not. If it doesn’t challenge, oppose, resist the major media of white supremacy, imperialism or the unbridled rule of capital, it may be a colored media but never a truly Black media.

It must be a media that, in the words of that great Black journalist Frederick Douglass, proceeds from the principle that without struggle there is no progress. Struggle for what? Struggle for an end to imperial war, an end to torture, an end to poverty, an end to police repression and an end to the prison industrial complex, the mass incarceration that remains the shame of the nation.

Preserve and support Black media, for then you are supporting freedom! Thank you, San Francisco Bay View for doing what you do. From the prison nation, this is Mumia Abu Jamal.